Vice President of Network Engineering recognized as a Rising Star winner for her leadership efforts as Verizon builds out its 5G network. 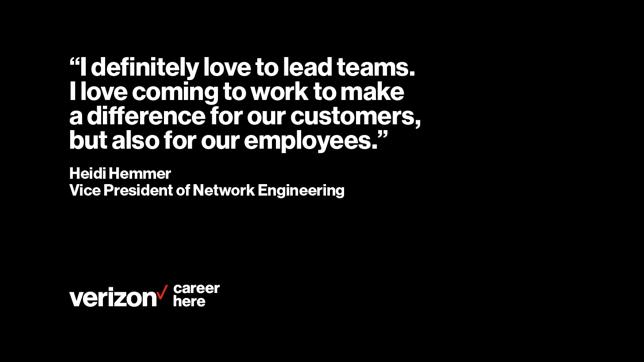 FierceWireless recently recognized Heidi Hemmer, Verizon’s Vice President of Network Engineering, as a 2019 Rising Star winner alongside other technology luminaries. She’s also in contention for Top Executive to Watch in Wireless, a category where readers vote for their favorite executive. Throughout her career, Heidi has gone beyond as a leader in the tech industry. Read her story and learn exactly what makes her a Rising Star.

From zoologist to executive.

Graduating from Duke University with a bachelor’s degree in Zoology and a specialty in animal behavior, Heidi said she never planned on becoming a corporate executive. She even jokes that she began her career right out of college at a small startup called Bell Atlantic Mobile and hasn’t left since.

Throughout her 30 years in telecommunications at Verizon, Heidi has had plenty of experience studying corporate behavior in her leadership roles in process and program management, as well as financial and technical strategy.

Always a leader, even during change. 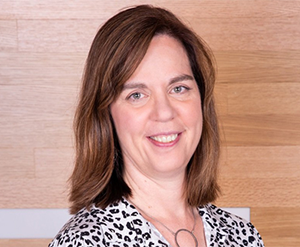 Heidi’s focus on strategy has helped define her leadership in business transformation and network planning. She specifically points to two Verizon milestones that really tested her leadership and change management skills — the launch of 4G and the integration of the Alltel acquisition (carrier with 13 million subscribers). During that time, she was responsible for all aspects of migrating and consolidating networks to support the merger. Ultimately, Heidi’s goal was to continue providing seamless products and services to the newly combined customer base.

Through her various operational field roles and responsibilities, Heidi has held the goal of maintaining Verizon’s network lead in the always-evolving technology field.

Heidi’s peers and teams have continuously seen her as a positive role model for accepting, embracing and communicating changes. She is currently drawing on these skills as she plays a similar role in leading Verizon’s 5G efforts.

"I definitely love to lead teams. I love coming to work to make a difference for our customers, but also for our employees." - Heidi Hemmer, as quoted in FierceWireless

Congrats to Heidi for being named a 2019 Rising Star winner! 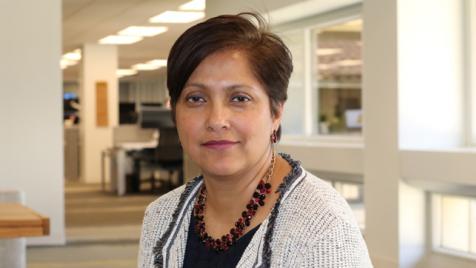 Debika Bhattacharya's dedication to diversity and inclusion in tech encourages women to turn their passion into a career with Verizon. 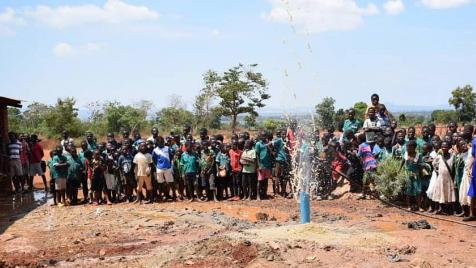 Giving the power to go beyond to a country in need.