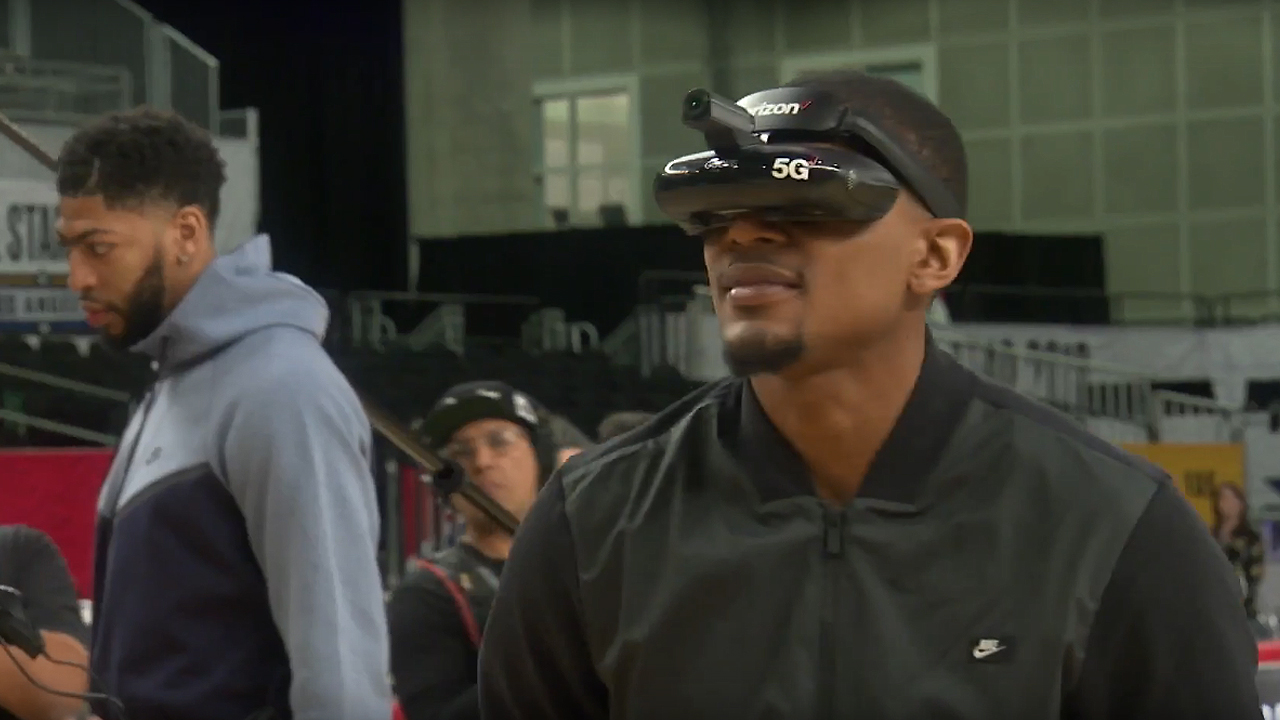 Last month, Verizon demonstrated how 5G technology – connecting a pair of first person goggles and helmet-mounted cameras – could give two NFL players the ability to run plays and catch footballs in a virtual reality environment. This month, we took the technology from the football field to the basketball court and put it in the hands of two of the NBA’s best players.

Shooting guard Bradley Beal and power forward Anthony Davis took a break from practice for the 2018 NBA All-Star Game to try on a pair of 5G-powered first-person goggles with attached video cameras for some shooting practice. The live video from the cameras was streamed over Verizon’s 5G pre-commercial network and back to the goggles in near real-time, allowing both players to catch the ball and drain their shots almost as if they were seeing with the naked eye. A significant delay, or “lag,” in that transmission could have impacted the players’ hand-eye coordination and ability to make their shots. But 5G’s super-fast speed and ultra-low latency made it possible.

“Verizon used NBA’s All-Star Game weekend to test 5G technology and give NBA fans a sneak peek at the power of 5G,” said Sanyogita Shamsunder, executive director of Technology for Verizon. “This is just the beginning of what Verizon and the NBA are doing to develop cool new technology experiences for the game and the fans.”

Verizon continues to push the limits of 5G technology and to demonstrate some of the ways it will ultimately transform the ways people work, learn, travel and entertain themselves.

Learn more about Verizon's plans to launch 5G residential broadband services in up to five markets in 2018..