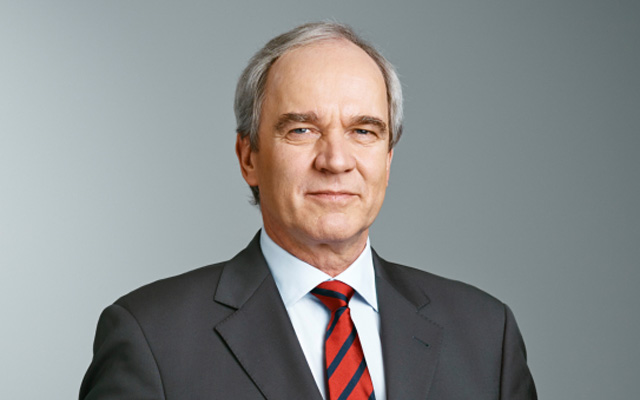 NEW YORK – Verizon Communications Inc. (NYSE, Nasdaq: VZ) today announced the election of Dr. Karl-Ludwig Kley, chairman of the executive board and chief executive officer of Merck KGaA, to the Verizon Board of Directors, effective November 5.

“Karl is an accomplished executive who brings to Verizon significant leadership experience as CEO of an innovative, global operation that is navigating a highly competitive, complex and rapidly changing ecosystem. He has extensive expertise in corporate finance and critical capabilities in strategy and operations,” said Lowell McAdam, Verizon chairman and chief executive officer. “We are very pleased to have Karl join our board.”

The addition of Kley brings Verizon’s total board membership to 13.

Kley holds a J.D. from the University of Munich.

3 pieces of advice for the aspiring female engineer in your life
05.03.2016 | People
Nicki Palmer, a Chief Network Officer at Verizon, spoke to thousands of women about the importance of creating a pipeline of talented women in STEM at the SWE 2015 conference.
25 percent is not enough: Closing the STEM gender-abyss
10.19.2015 | People
Our engineering wonder woman, Nicola (Nicki) Palmer, shares her story with collegiate engineering-hopefuls.
Accessibility Resource CenterSkip to main content
Services & Solutions
Support
Network Technologies
Innovation
Ad and Content Platforms
Follow Careers
facebook-officialtwitteryou-tubeinstagram