Last Friday, the Internet Society held a panel discussion on the state of competition in the U.S. broadband market. The discussion was informative, and the audience offered some great questions as well. Some highlights from the event:

Overall, it was an interesting, and at times very lively, discussion. Anybody interested in U.S. broadband policy should check out the videos, available here.

Libby Jacobson focuses on social, digital and external communications for Verizon’s federal legislative, regulatory, and public policy teams. Libby is also the curator and editor of Verizon’s Public Policy blog, the hub for Verizon’s positions on regulatory and legal issues surrounding the information and communications technology industry. Before joining Verizon in 2012, Libby learned the digital communications craft as an analyst with a DC-area, social media PR firm, while moonlighting as a blogger. Libby lives and works in Washington DC, and is a Verizon FiOS enthusiast.

In a speech earlier this week at the Silicon Flatirons Center, FCC Chairman Tom Wheeler said: “When Verizon was asked in open court if they wanted to 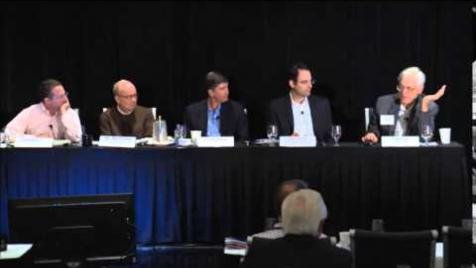 Earlier this week, two Verizon executives each participated on a panel at the Tech Policy Institute's annual Aspen Forum.