A long tradition of serving their country.

Since the Revolutionary War, Indigenous People have served in the U.S. Armed Forces in extraordinary numbers. Hear from three Native American V Teamers who share their experiences. 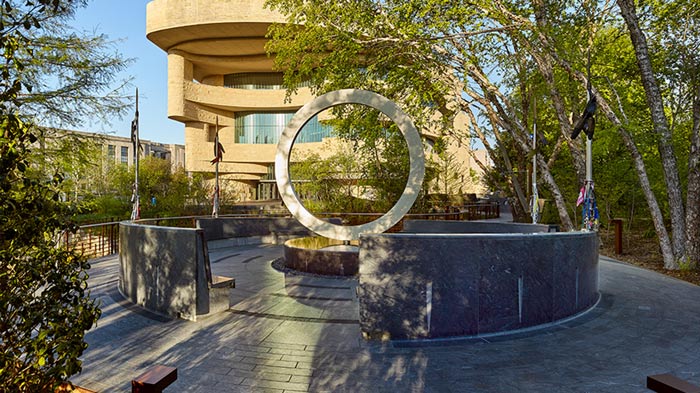 Photo credit: Alan Karchmer for the National Museum of the American Indian

As we continue to celebrate Native American Heritage Month, we also honor our Native American V Teamers who have served in our armed forces, including their demonstration of patriotism and pursuit of an education. Yet for Indigenous People, it goes a bit further as other factors like tribal warrior traditions, treaty commitments to the U.S., and the sense of responsibility to defend Native homelands have all inspired this enduring legacy.

To honor their military service, the National Native American Veterans Memorial opened  Nov 11, 2020 on the grounds of the National Museum of the American Indian in Washington, DC. This tribute to Native heroes recognizes for the first time on a national scale the enduring and distinguished service of Native Americans in every branch of the U.S. military.

We are fortunate to have many Native American V Teamers who have bravely and proudly served their countries and we highlight three of them this Native American Heritage Month and Veterans and Military Families Month.

Lewis is a Sr. Engineer Technical Project Management in our Global Networks & Technology (GN&T) organization who at age 17 enlisted in the U.S. Army. Born and raised on California’s Tule River Indian Reservation, giving back to his country was instilled in Lewis since boyhood because service is considered one of the highest honors in Native American culture. 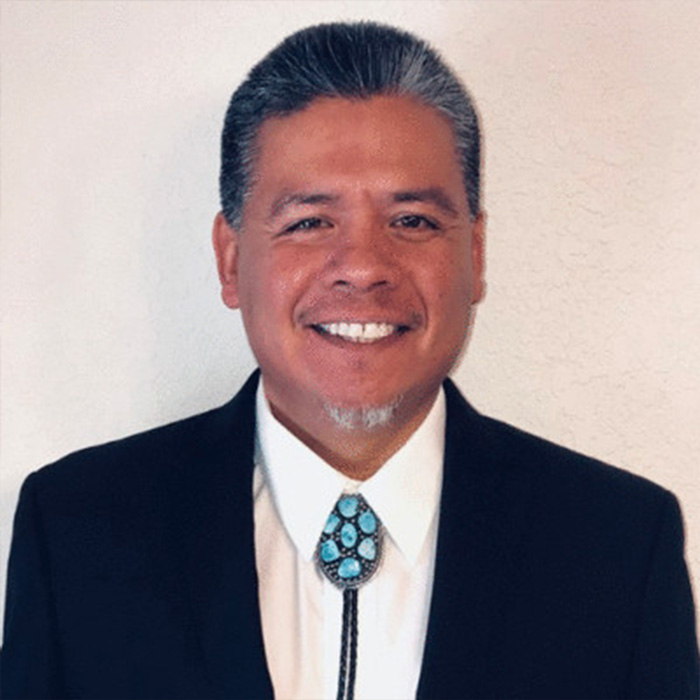 Enlisting during the first Gulf War in 1991, Lewis worked with mobile subscriber equipment. By the time he’d completed his training, the war had ended. His technical role took him overseas and eventually to Washington State to complete his seven years of service.

During his time in the Army, Lewis’ heritage was well known and respected among his fellow soldiers, and he was in good company with five Native Americans in his unit. He would often take time for himself to get grounded by engaging in sacred cultural ceremonies, including the use of sage and tobacco for spiritual well-being and as a protective blessing from hardships. These sacred ceremonies remain a part of his life today.

Lewis appreciates the participation in volunteer opportunities as a member of our Native Americans of Verizon (NAV) and Verizon Veterans and Advocates Leading Organizations Responsibly (VALOR) employee resource groups. He’s especially grateful for the continuing expansion of NAV membership as this ERG has become more visible and engaging in the last two years.

Vincent is a GN&T Project Manager who is proud of his 35 years of service with the U.S. Army. He was honorably discharged in 2004 due to several combat injuries and he’s rated as Service-Connected by the VA. He proudly served in a number of positions culminating with service in the Judge Advocate General’s Corps as a Judge Advocate (Military Attorney). His assignments included the Army Office of General Counsel, Army Office of Legal Assistance, Army Magistrate Court, and the U.S. Department of Defense Office of Acquisition. He is grateful to the military for providing him with structure and helping him get on track in his career. 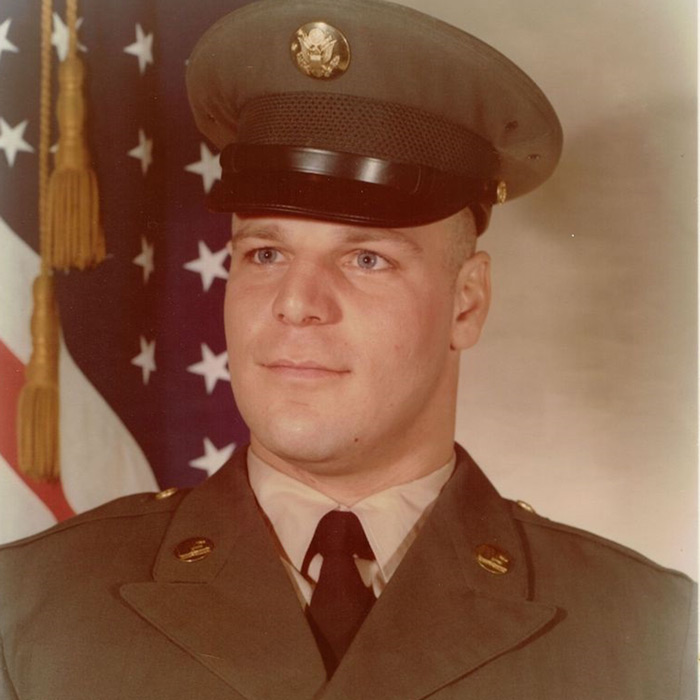 Born with the name “Morning Star”, Vincent’s mother felt a connection to spirits and ancestry. However, while growing up and in young adulthood, Vincent was not forthcoming about his Native American culture. In the 1950s and 1960s, there were derogatory stereotypes about Indigenous People and sadly Vincent felt he could not embrace his heritage the way he would have wanted. As an adult, however, Vincent feels more connected to his culture and often gives back to his community.

Today, Vincent volunteers in many ways, including pro bono work for veterans and disabled veterans trying to get their benefits. When he retires he plans to spend more time at reservations in North Carolina so that he and his children can interface with local tribes and learn more about their culture and traditions.

Michael is a Cyber Security Engineer in GN&T and a proud veteran. Michael is grateful for his two years in the military as well as his rich Native American heritage that started in White Oak in northern Oklahoma. The Cherokee tribes helped fund the small country rural schools, so he was brought up with Pow Wow Days and Native American days as normal aspects of his youth. As a Seminole tribe child, Michael spoke English and started to learn the Cherokee language while in his upper grades.

Michael’s mother told him the only way he could succeed and grow is to get out of his “small town”, and at age 17 he joined the U.S. Navy and then passed the nuclear exam. His two years in the Navy opened up a number of opportunities. He went to college and met his wife, and they’ve raised their three children with rich Native American heritage.

Today his mission is about service as an active member of the American Legion — The Chris Kyle chapter. He has worked on rebuilding the home of an elderly veteran who lived in a nearly uninhabitable dwelling. He and fellow American Legion members do a great deal for veterans in his area, especially those who have difficulty acclimating to civilian life after their time in the military.

Living in Texas now, Michael and his family engage with the Native community and culture in other ways. For example, his younger daughter is a dancer and has connected with a Native American accomplished ballerina who is a part of the Cherokee culture. Michael’s son is in active military and is a medic assisting with COVID vaccinations. Military life runs deep in Michael’s heritage. He’s also connected to his Native American heritage here at Verizon as a NAV member.

Michael wants to remind everyone that it’s important that we remember where we came from because it drives who we become. He’s grateful that he can bring his true self to work each day and that’s why he’s still a V Teamer after 20+ years.

Learn more about our empowering culture. 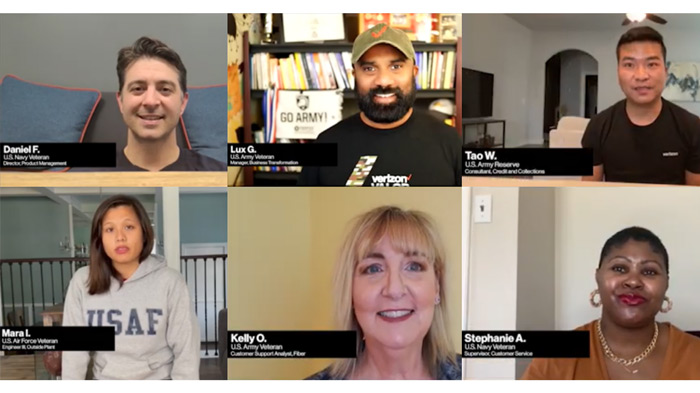 Honoring our V Team Veterans.
11.01.2021
Learn how we’re showing our support and honoring veterans all month long through a variety of virtual and in-person events, volunteering initiatives, and more. 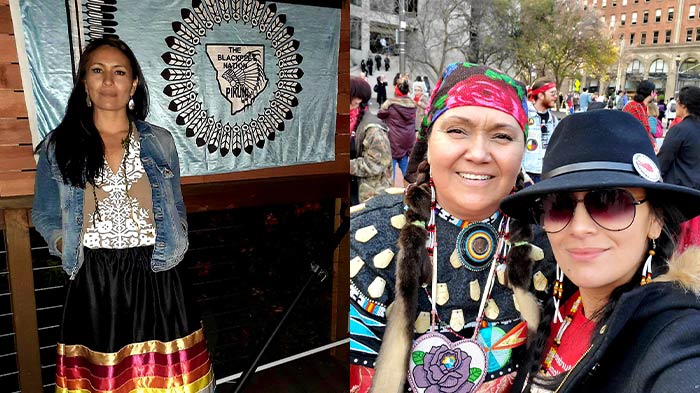