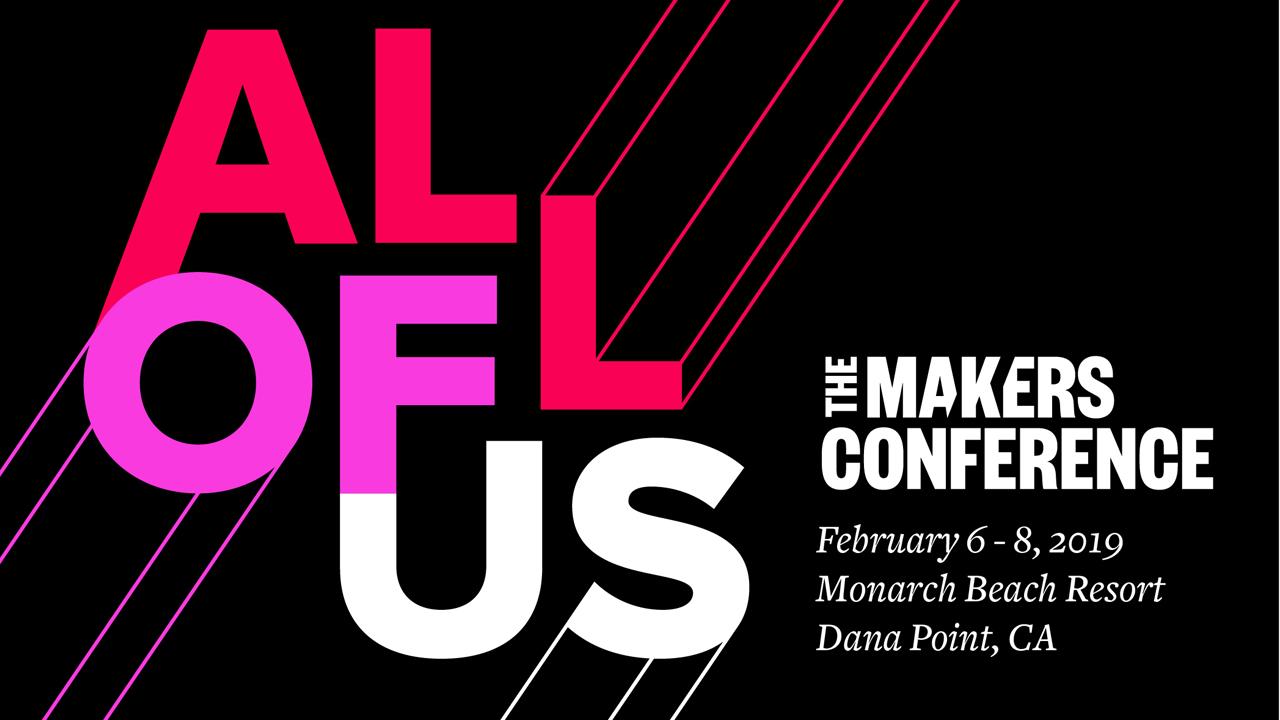 NEW YORK - MAKERS today announced the initial talent lineup for The 2019 MAKERS Conference, the media brand’s inspiring annual summit for women by women, which will take place February 6-8 at Monarch Beach Resort in Dana Point, California and stream on MAKERS.com. As women continue to fill more seats in Congress, raise their voices for change and share their remarkable stories, MAKERS looks to unite everyone in the fight for equality, ringing in the fifth conference theme of “All of Us.” Hundreds of women and men will convene to be inspired, set new benchmarks, and drive an all-hands-on-deck mission during the three-day event.

Additionally, lululemon will return as this year’s official wellness sponsor alongside other Conference sponsors including: 23andMe, PwC, and Rothy’s.

“We could not be more thrilled to continue our MAKERS Conference tradition for the fifth year, opening more unique dialogues and driving game-changing action items with the world’s top female leaders across all sectors,” said Dyllan McGee, founder and executive producer of MAKERS. “MAKERS believes in the power of all voices. Through our annual Conference and growing MAKERS@ program, we continue to provide companies with the essential tools they need to foster and retain increased workplace diversity, helping to grow cultures of greater inclusivity.”

"A cornerstone of the women's movement, The MAKERS Conference has become an annual gathering that drives the cultural conversation around equality," said Lori Bongiorno, GM of MAKERS. "The highly-anticipated fifth Conference will once again give our audiences unprecedented access to these thoughtfully curated discussions."

These disruptors are pushing back against tech’s gender disparity gap

Women account for only five percent of leadership positions in the technology industry. New approaches to education are needed to change the status quo.

Verizon Innovative Learning partners with the NACCE to bring technology and STEM education to middle school girls in rural America.