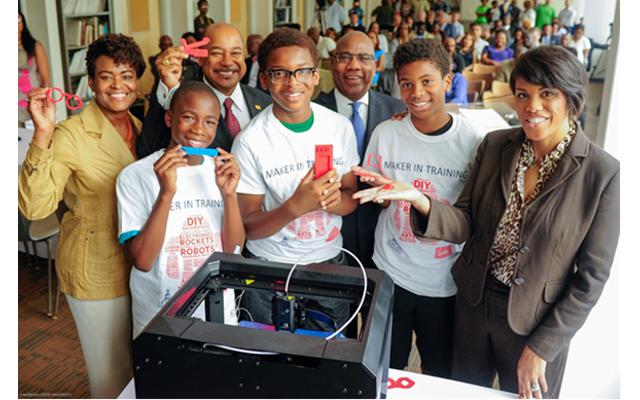 When a group of young minds are set loose with a 3D printer, cool things happen. That’s what occurred recently at Morgan State University, where a young boy named Loden excitedly showed off a cool new tool that he’d just created with a 3D printer. His mobile phone was recently broken as it charged on the floor, so he used the 3D printer to design and produce a unique charging stand to protect the device. Like so many innovations, Loden’s personal experience fueled inspiration.

Loden was participating in Verizon’s new Minority Male Makers program, which is training more than 700 minority, middle school boys this summer to become creators of technology solutions. Loden’s ingenuity is just one of many examples of how this program is fostering entrepreneurialism and innovation in young people who may not have the opportunity for hands-on experiences with cutting edge tools and technologies.

All too often minority boys face tremendous obstacles navigating the American education system. In too many U.S. schools African American males are overrepresented in educational categories associated with subpar academic performance. Conversely, they are vastly underrepresented in success indicators, such as enrollment in honors or Advanced Placement courses, matriculation to college and degree attainment.

To make matters worse, research from the Center for American Progress reveals teachers have lower expectations for students of color and students from disadvantaged backgrounds.

When we don’t expect our children to succeed, what chance do they have?

As an African American male, it is frustrating to see so many black and brown young men slip through the cracks of our education system and miss out on the opportunities for academic and professional success. Mobile technologies and the Internet are increasingly the must-have tools young people require to succeed, and minority males continue to lack access to the types of programs that enable them to fully participate in the digital revolution.

However, what I’ve seen in recent days and in my personal experience is that when we give these young men a chance to succeed – by investing in them and cultivating that spark of excitement that comes with learning new skills – their creative power is unleashed. They just need someone to take a chance on them.

Minority Male Makers, however, is more than a summer program. It offers ongoing mentorship and support to students over two years through a partnership with the National CARES Mentoring Movement. As the program progresses, Verizon hopes to expand its partnerships to include African American fraternities and professionals who can mentor and inspire these new Makers.

When we choose to see the potential of each young mind – regardless of skin color, economic background or upbringing – we can help those students see that potential in themselves. It’s one of the first steps that we can take together to help all children achieve the bright futures they deserve.

Note: An earlier version of this post misidentified Loden, the participant in the Minority Male Makers program. 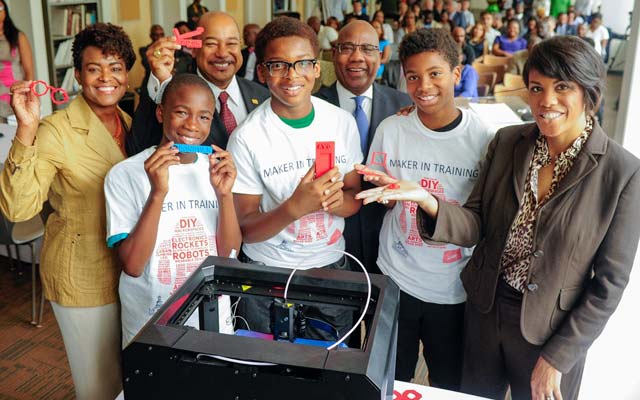