Recycling in the Red Zone - the E-waste Ball is in Your Hands! | About Verizon
Accessibility Resource CenterSkip to main content
Our Company
News
Responsibility
Investors
Careers
end of navigation menu

Recycling in the Red Zone - the E-waste Ball is in Your Hands!

I promise not to use a lot of football terminology in this blog (until the very end, so be prepared.)

It seems as if Super Bowl’s environmental efforts have come full circle in 20 years.  In 1993, the NFL began a small pilot recycling project at the Georgia Dome, site of Super Bowl XXVIII (that’s Super Bowl 28 for you non-Romans).  Now we are starting all over again, but this time we are going after electronic-waste (e-waste), which is something that presents a new set of challenges over the cans and bottles we started recycling two decades ago.

Why focus on e-waste? Well, the answer is simple. For the first time, an NFL sponsor, Verizon, has joined the league in supporting sustainability projects around the events and activities of the Super Bowl.

E-waste is something that Verizon knows about - and knows how to handle - so it seemed like a logical step to join them in this effort.  Next on board was the Broadway Green Alliance who brought their own experience in running this type of event and, once they joined, we had the perfect partnership.

January 7th in Fairlawn, NJ and January 8 in Duffy Square (just North of Times Square, NY) are the dates and locations of our two e-waste recycling events.  These recycling rallies join many other Super Bowl events and projects that aim to not only mitigate the environmental impact of events and activities, but also leave a positive legacy in the host communities.

We are using biodiesel to run generators at major events and also partnering with PSEG to provide renewable energy certificates (RECs) to cover the electricity used at all the major NFL event facilities connected to Super Bowl. 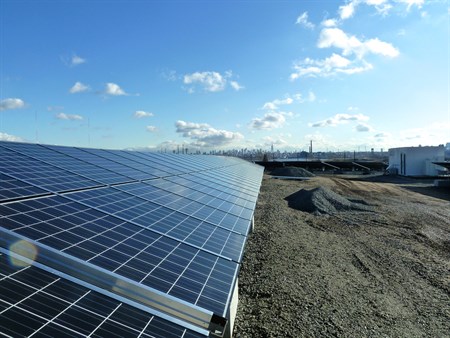 But we could not do any of this alone.  It takes a dedicated host committee, a forward-thinking corporate sponsor, a talented community environmental organization and lots of local E-waste donors to make this happen.

Warning: Football lingo ahead. …. So get ready, we are in the red zone now, it is fourth and goal and the (e-waste) ball is in your hands! See you at the “e-waste Bowl.”

I Want to Be Recycled
11/15/2013
Can we all do more when it comes to recycling? Yes! Each year on November 15th, America Recycles Day (ARD) inspires us to look at recycling with fresh eyes. 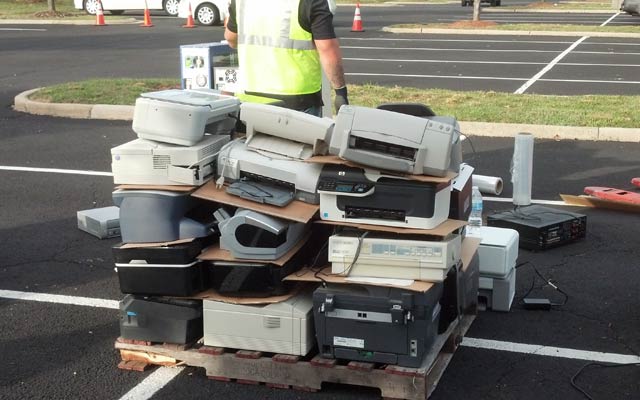