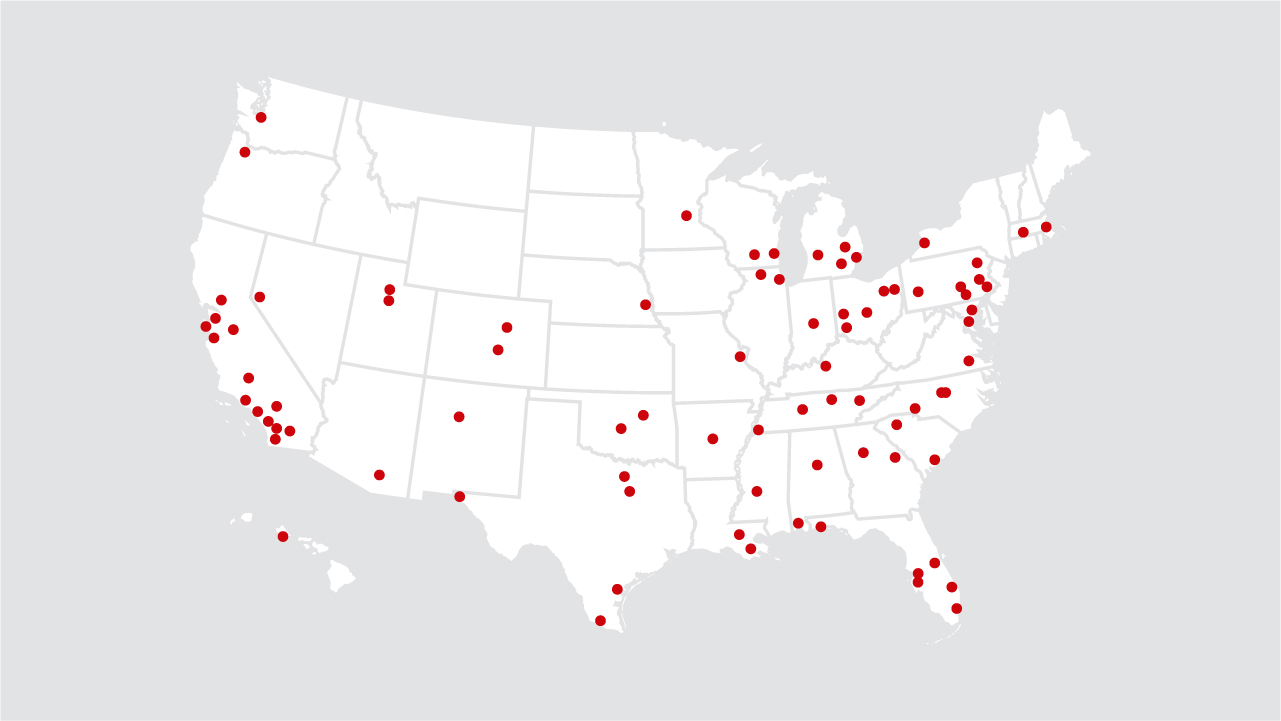 Busy families and millions of consumers depend on smartphones to stay connected wherever they travel, work and live. How do you know which wireless network will perform the best when you need it the most?

New ratings from an independent research firm that tests mobile performance confirm it: once again, Verizon’s wireless network has outperformed all others in more cities across the country, providing you with the top-rated network experience.

Los Angeles, Miami, Dallas and Washington D.C. are just a few of the 83 of 89 Metro areas where RootMetrics® named Verizon #1 (won and tied) in overall network performance. That is more than double the awards of the nearest competitor. The testing was conducted for all wireless service providers between July 1 and November 15, 2016.

Earlier in the year, Verizon was also rated #1 in the 1H 2016 national RootScore report across all six network performance categories: overall, reliability, data, speed, call and text performance. It was the sixth consecutive testing period, dating back to 2013, that RootMetrics named Verizon’s network #1 overall nationally.

Tops in Reliability, Speed and Data for Verizon Customers

“Customers enjoy our network to stay connected and share their experiences, and more importantly, depend on us when they need us most like in times of severe weather,” said Nicki Palmer, Chief Network Officer, Verizon Wireless. “We work 24/7 to ensure industry leading performance and reliability – providing by far the best network experience available.”

Reliability, speed and data are crucial to a consistently good mobile experience. In network reliability, Verizon won and tied for first in 83 of the 89 Metro areas. Verizon also had nearly 3 times the number of wins and ties as its nearest competitor in speed and data results.

Just as any consumer would buy a smartphone, RootMetrics purchased Samsung Galaxy S7 devices from each of the four national wireless service providers, right “off-the-shelf." Then they conducted simultaneous testing of each network – uploading and downloading data, sending texts and placing calls. Testing occurred 24 x 7 for several days in each metro area, including both outdoor and indoor testing.

RootMetrics crunched their data and gave awards in key performance categories – a great resource as you review your holiday shopping list. Want to give the high-quality wireless gift that works best? Verizon’s got you covered, and our network won’t let you down.

RootMetrics’ metro tests continue through year end and will eventually reach the top 125 metro markets. Their full second half 2016 results with metro, state and national awards will be announced in early 2017.

Once again, Verizon customers can count on the best Network experience.

Rankings based on RootMetrics® 2H 2016 Metro Area (July 1 – Nov. 15, 2016) RootScore Reports for mobile performance as tested on best available plans and devices on four mobile networks across all available network types. Your experiences may vary. The RootMetrics award is not an endorsement of Verizon. Visit www.rootmetrics.com for more details.