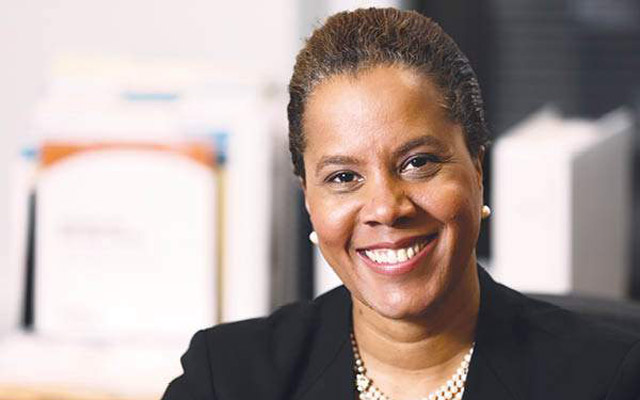 She will join Verizon on July 15 and succeeds Jim Gerace, who has been named Verizon’s chief communications officer.

As vice president for the region, Eve will represent Verizon on a variety of matters, including public policy, government and external affairs, and regulatory matters.

“Leecia has a wealth of knowledge in the public policy and governmental worlds,” said Randy Milch, Verizon executive vice president for public policy and general counsel.  “Verizon will benefit from her broad experience and extensive public service.  We have worked with Leecia on numerous occasions to help cultivate and spur economic activity in New York, and we share a sense of urgency in responding to the challenges of leveraging Verizon’s innovative technologies and the ecosystems they enable across the region to help propel the next generation of growth for our communities.”

Among her prior roles, Eve served as counsel and homeland security adviser to Hillary Rodham Clinton when she was a U.S. senator and as counsel to Vice President Joseph R. Biden Jr. when he was a senator and the ranking member of the Senate Judiciary Committee.  She also served as vice president for policy of the No Limits Foundation, a nonprofit organization based in Washington, D.C., that promoted economic issues at home and abroad and advocated for transforming American foreign policy around the world, including advancing the rights of women.

Eve began her legal career as law clerk to New York State Court of Appeals Judge Fritz W. Alexander II.  She practiced at the law firm of Covington & Burling in Washington, D.C., and was elected partner of the law firm of Hodgson Russ in Buffalo.  She received a Bachelor of Arts degree from Smith College, a Master of Public Health degree from the John F. Kennedy School of Government at Harvard University, and a law degree from the Harvard Law School.

She is lifelong member of St. Philip’s Episcopal Church in Buffalo. She has served on the board of directors of the Greater Buffalo Chapter of the American Red Cross, the Buffalo Philharmonic Orchestra, and the Buffalo and Erie County Botanical Gardens Society. She is a former vice president of the Minority Bar Association of Western New York and is a member of Buffalo Chapter of The LINKS Incorporated and of the Alpha Kappa Alpha Sorority.