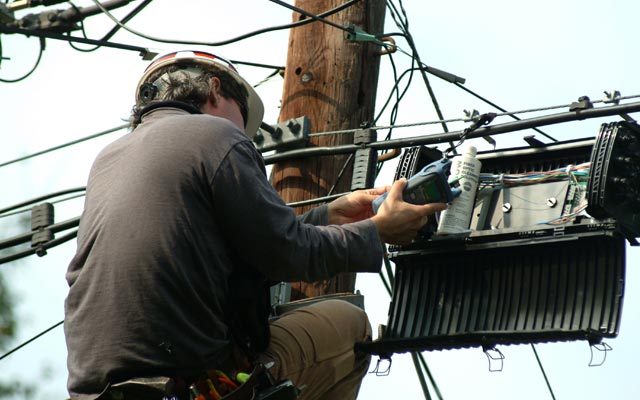 NEW YORK – Proposing a solid wage increase up front, Verizon held its first negotiating session today with representatives of the Communications Workers of America and the International Brotherhood of Electrical Workers on contracts covering approximately 38,000 Verizon East Wireline Employees. The proposed wage increase is part of a competitive and comprehensive three-year offer submitted by Verizon to address issues that would help propel the company’s Wireline unit in the digital age.

“Our goal this contract cycle is simple: To work from day one with union leaders on ways that will help our Wireline business succeed, in an ever-changing communications arena, in the years to come,” said Robert Mudge, Verizon’s executive vice president for wireline operations. “We’ve put a comprehensive offer on the table to encourage a substantive and productive dialogue on the issues as early in the process as possible. We are committed to negotiating meaningful changes.”

“More than ever, we need contractual changes that position us to compete with new and emerging technologies,” said Tami Erwin, president of Verizon’s Consumer and Mass Business unit. “American consumers are communicating in new and innovative ways. The way we work and respond to our customers demands flexibility. Our contract rules and provisions need to be updated to reflect those changes.”

Mudge added: “No company anywhere has invested more in providing fiber-optic networking all the way to customers’ homes. Transforming this part of the business will position us for future growth. The reality, however, is that our cost structure has not changed nearly fast enough to align with today’s market realities and customer needs.”

Verizon’s union-represented employees in the East work under 27 collective bargaining agreements in nine Eastern states and Washington, D.C. The current contracts expire Aug. 1, 2015. Negotiations can be lengthy. The process lasted 15 months in 2011-12.

Fran Shammo Honored by CFO Studio Magazine
01.19.2015
CFO Fran Shammo was joined by Verizon finance leaders as he was honored by CFO Studio magazine at a recent reception celebrating the launch of the issue.
Diverse Board. Powerful Advantage.
11.18.2014
Recognized as one of the most diverse corporate boards in America, Verizon’s Board of Directors exemplifies how diversity drives innovation from the top.
Accessibility Resource CenterSkip to main content
Services & Solutions
Support
Network Technologies
Innovation
Ad and Content Platforms
Follow Careers
facebook-officialtwitteryou-tubeinstagram