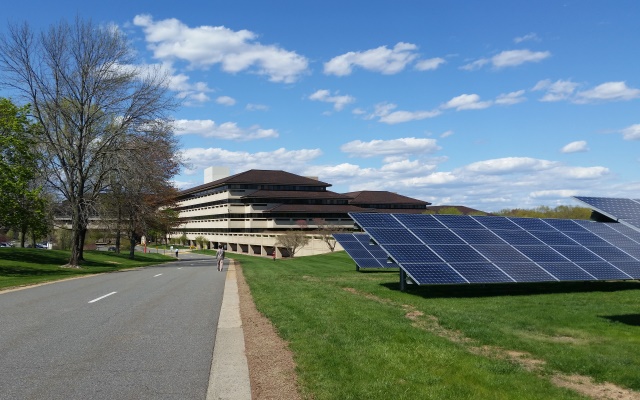 To date, Verizon has invested nearly $140 million in on-site green energy. With the 2014 solar investment announced today, Verizon is on target to deploy upward of 25 megawatts of green energy upon completion of the new solar projects. The system will generate enough green energy to power more than 8,500 homes each year. Verizon’s total green-energy efforts are expected to offset 22,000 metric tons of carbon dioxide annually, which is equivalent to taking nearly 5,000 passenger vehicles off the road each year.

“Our investment in on-site green energy is improving the quality of life in the communities we serve by reducing CO2 levels and reducing strain on commercial power grids, while increasing our energy efficiency,” said James Gowen, Verizon’s chief sustainability officer. “By almost doubling the amount of renewable, solar energy we’re using, we are making further progress toward Verizon’s goal of cutting our carbon intensity in half by 2020, in part, by leveraging the proven business case for clean-energy alternatives to the commercial power grid.”

On Track to Be No. 1 Solar-Power Producer Among U.S. Comm. Companies

With this announcement, Verizon is on track to become the No. 1 solar-power producer among all U.S. communications companies, according to the Solar Energy Industries Association, the U.S. trade association for companies that research, manufacture, distribute, finance and build solar projects domestically and abroad.

“Based on its existing solar power capacity and on-site generating systems, combined with its new solar energy expansion plans for 2014, it’s clear that Verizon is on a path to become the solar-power leader in the U.S. telecom industry,” said SEIA president and CEO Rhone Resch. “In fact, we project that Verizon will be among the top 20 of all companies nationwide in terms of the number of solar installations it operates, and one of the top 10 companies in the U.S. based on solar generating capacity.”

Verizon contracted with SunPower Corp. to design and install all of the solar systems. The new equipment, consisting of high-efficiency rooftop, parking-structure and ground-mounted solar photovoltaic systems, will vary from site to site.

“With this milestone investment, Verizon is advancing its position among the handful of corporate leaders demonstrating how American businesses can serve their communities and control energy costs with on-site solar power generation,” said Howard Wenger, SunPower president, business units. “We are very pleased to extend our partnership with Verizon, helping the company lower the long-term cost of energy at more facilities with SunPower’s high performance technology and services.”

Last year, the company exceeded its 10 megawatt green-energy target, and has currently deployed 14.2 megawatts of on-site green energy using a combination of fuel cells and solar power systems. Verizon has long been focused on energy efficiency and instituting sustainable real estate practices. As an early adopter of fuel cell technologies, Verizon invested in one of the largest fuel cell sites of its kind in 2005 – helping to power a call-switching center and office building in Garden City, New York. Verizon also uses 26 solar-assisted cell sites in remote areas in the western United States to help power a portion of the nation’s largest and most reliable wireless network.

In addition to various solar and fuel cell installations at Verizon Data Centers, the company has also implemented better cooling efficiency and energy-consumption reduction measures in its data centers. In 2009, Verizon developed new standards for energy consumption on select telecom equipment, with a target of 20 percent greater efficiency.

All of Verizon’s energy-efficiency strategies support the company’s ultimate goal of cutting its carbon intensity – carbon emissions produced per terabyte of data flowing through Verizon’s global wired and domestic wireless networks – in half by 2020. 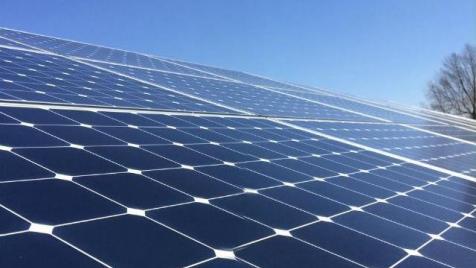 Verizon Is Building a Greener Network

From California to New York, Verizon has been building on-site green energy systems at 24 facilities.

6 Key Reasons for You to Invest in Solar

When Verizon made its $100 million investment last year in onsite green energy, we knew it would be money well spent. After all, this investment would generate more than 90 million kilowatt hours of clean fuel cell and renewable solar power at nearly 20 Verizon facilities in six states.