Verizon Unlimited on the network you deserve: RootMetrics® ranks Verizon highest in overall network performance for 7th time in a row 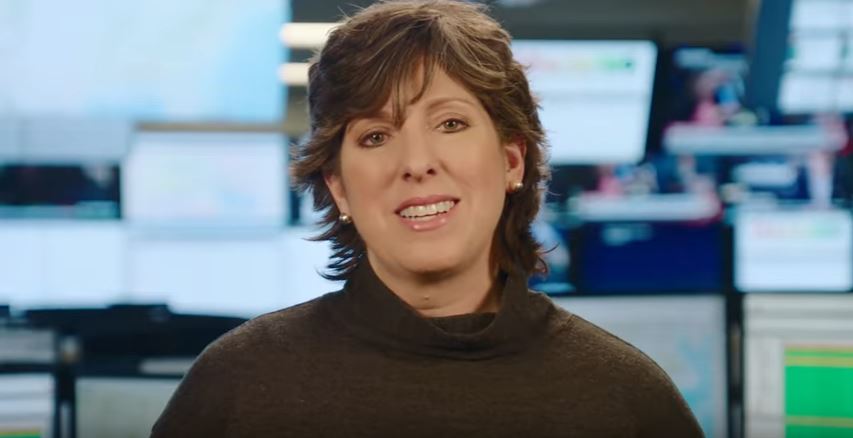 You’re looking for the unlimited plan you want on the network you deserve. And once again, the nation’s most rigorous, independent study has rated Verizon the #1 network in the U.S. According to RootMetrics® new National RootScore® Report, released today, Verizon swept all six network categories for all of 2016, including reliability, data, speed, call, text and overall performance – an industry first since testing began.

According to the RootMetrics Second-Half 2016 US Mobile Network Performance special report, “Based on our testing, Verizon is the undisputed leader in terms of coverage and network reliability. Indeed, Verizon’s network reliability results were the strongest among all carriers at the metro, state, and national levels in the second half of 2016.” The study is RootMetrics’ most recent, gathering input from the four national wireless companies over the exact same period of time.

Verizon has been able to pull ahead significantly in network performance thanks to consistent investment in reliability, innovation and the latest engineering technologies. Since 2000, the company has invested $122 billion, more than any competitor. Verizon’s 4G LTE network covers more than 2.4 million square miles and 314 million people, more than any other wireless company.

The RootMetrics Second-Half 2016 State Network Performance special report finds: “Verizon’s performance in our state-level testing was exceptional across the board.” Verizon repeated its industry leadership from the first half of 2016 into the second half of the year, with wins or first place ties in 48 of 50 states in overall network performance. The two discount networks did not win or tie a single state, contributing to their total of zero wins in overall network performance since state RootScore Report studies began in the second half of 2013.

Extending the lead in metro reports

In the second half of the year, Verizon won or tied 93 percent of the time in overall network performance – that’s 116 of 125 metro markets tested – further extending the lead over the other providers. 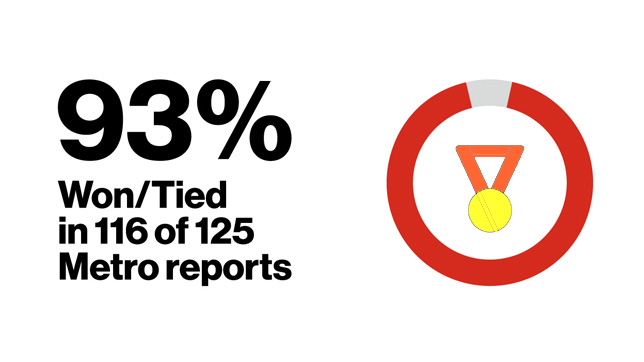 Verizon was unbeaten in 93% of the 125 metro markets tested.

According to the RootMetrics Second-Half 2016 Metro Network Performance special report of top 125 cities: “Verizon’s award total of 658 was easily the highest among all networks, and the carrier’s increase of 95 awards compared to first-half 2016 testing was the largest gain of any network.” (Verizon’s 658 awards, outright or tied, is out of a total possible 750 awards in the six testing categories for the 125 Metro areas.)

Get the latest on Verizon Unlimited on the network you deserve. Visit RootMetrics for more on their study methodology.

Network rankings based on RootMetrics US National and State RootScore Reports, covering July- December 2016. Performance rankings of four mobile networks rely on scores calculated from random samples across all available network types. Your experiences may vary. The RootMetrics award is not an endorsement of Verizon. Visit www.rootmetrics.com for more details.

Get unlimited data on the network you deserve: Verizon
02/12/2017
Beginning Monday, Verizon is offering an introductory plan that gives you unlimited data on your smartphone and tablet on the best 4G LTE network in the country.
New network technologies coming for our customers in 2017 building on 2016 accomplishments
01/23/2017
2016 was a year of firsts and transformation, including extension of the company's industry lead, continued technology investment and promise of 5G.
Services & Solutions
Support
Network Technologies
Innovation
Follow Verizon News
Follow Inside Verizon
Follow Verizon Careers
Follow Customer Support
Follow VerizonGreen
© 2022 Verizon