A guide to voice-activated technology

Voice recognition technology is a software program or hardware device that has the ability to decode the human voice. Sometimes referred to as voice-activated or speech recognition software, this technology has become more and more popular in recent years among everyday consumers. Many people incorporate these devices into multiple facets of their homes to perform commands, find information, or make recordings more conveniently. In fact, the size of the voice commerce market is expected to increase significantly over the next several years, growing from $2 billion in 2018 to $40 billion by 2022.

With voice-activated technology becoming more pervasive and accessible, it’s important for you to understand more about it before inviting it into your life, home, or workplace. As with any piece of new technology, you should know how it works and the various ways in which you can use it, as well as some of its disadvantages and the various concerns and risks that may come from using it. After all, voice-activated technology is an exciting new development that is changing the way people interact with and use technology, and it’s likely only going to become increasingly integrated into consumers’ daily lives.

How does voice recognition work?

Although using voice recognition technology is as simple as uttering a few words, the way it works is actually quite complex. First, speech recognition software filters through the sounds you speak and translates them into a format it can “read.” Then, it analyzes that “translation” for meaning and uses that information — along with its algorithm and previous inputs — to guess what you said. 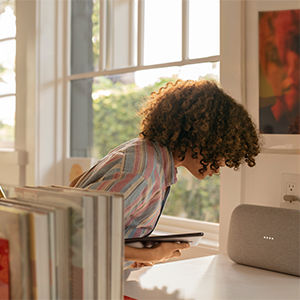 If you are the only person using a piece of voice-activated technology, its ability to understand you and your meaning will improve over time, becoming more and more accurate. Things get far more complex when accounting for other users, different languages and dialects, and the other factors that can affect human speech. Even common changes, such as background noise or vocal inflections, can affect how voice-activated technology understands a speaker.

Many types of voice-activated technology actually “learn” language in the same way that human children do: language input. The Linguistic Society of America claims that “children acquire language quickly, easily, and without effort or formal teaching. It happens automatically [...] Children who are never spoken to will not acquire language.” In other words, children learn based on how other people use language with and around them. Similarly, voice recognition systems must receive language input and be interacted with in order to learn how to recognize patterns and make connections in human language. Without this input and training, many voice recognition systems likely would not be able to function as well or as accurately as they currently do.

There are a variety of different kinds of systems that fall under the larger umbrella of voice-activated technology. Other common types of recognition systems include:

How is voice activation and recognition used?

Advantages and disadvantages of voice activation.

Regardless of how you use it, there are both advantages and disadvantages that come from using voice activation technology. Some of the biggest advantages include:

On the other hand, there are also disadvantages and barriers to using voice-activated technology that can affect consumers’ ability to engage with it. Some of the biggest concerns about it include:

Depending on how you engage with voice-activated technology and what you use it for, though, the benefits may easily outweigh the drawbacks (or vice versa). It all depends on what type of experience you want to have with voice recognition.

Just as with virtually any piece of new technology such as mobile pay and even cell phones in and of themselves, there are concerns about the security of voice recognition technology. It’s true that you do take some risks when using any type of voice-activated technology. Common threats include hackers being able to access your private information, duplicating or copying your voice to make commands or purchases, or leveraging the voice recognition software to control other connected devices in your home. These are very real privacy and security threats that can compromise sensitive information, your finances, and your home.

However, threat researcher Candid Wueest notes that “these devices do not present more risk than a smartphone or laptop.” All of the main concerns that stem from voice-activated technology are also a risk when using other connected devices. And as with other types of technology, there will always be hackers and fraudsters looking to take advantage of any potential vulnerabilities for their own benefit. Further, as voice-activated technology becomes more sophisticated and integrated into day-to-day life, it will likely become more secure and safe for consumers to use.

This content is provided for information purposes only. All information included herein is subject to change without notice. Verizon is not responsible for any direct or indirect damages, arising from or related to use or reliance of the above content.
Accessibility Resource Center Skip to main content
Shop
Top Device Brands
Support
About Verizon
Most Popular
Top Accessory Brands
Important Consumer Information
Follow Verizon
facebook-official twitter you-tube instagram
Follow Verizon Fios
facebook-official twitter