Google Glass isn’t even readily available to the public yet and it’s already been banned in certain places. If you’re not keeping up with the times, I’m going to go into explaining what Google Glass or Google Glasses actually are.

Basically, Google Glass is like wearing a computer on your head and they fit like a normal pair of glasses. Yes, I’m being completely serious. It’s sort of like having your own HuD from a video game right in front of your face.

Google Glass works via voice commands and you can do some pretty sweet things with it. For instance, you can record video, take pictures, get directions, etc… Basically, you can do anything with Google Glass that you can do with your smart phone.

Even though Google Glass hasn’t officially been released to the public yet, it’s already been banned in certain places. A lot of concern has risen in regards to Google Glass and intrusion of privacy.

You have to keep in mind that with Google Glass; people could be recorded in public and never know it. 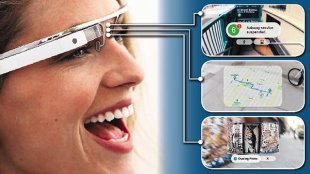 10 Places Where Google Glass is Banned

Due to these privacy concerns, Google Glass has already been banned in certain places.

Below, you will find a list of places where Google Glass has already been banned. You can bet that as Google Glass becomes more popular and nearer to launch that Google Glass will be banned in many more places.

Identity theft is a big problem these days. Therefore, it’s no surprise that banks and ATMs have banned Google Glass. It would be far too easy for someone to stand behind a customer and snap a picture or record a video of that person’s information.

This one is a bit weird, because people that are out partying just love to grab their smartphone and take a ton of pictures that they then spread all over their Facebook accounts, as if someone wants to see them while they’re sloppy drunk. Bars are concerned that people with Google Glass could become annoying and the end result could lead to a fight. Now if they could just figure out a way to ban these people from Facebook, as well…

Most reputable strip clubs are going to make anyone leave their cell phone or any other recording device they could have on them in their vehicle. Therefore, it comes as no surprise that Google Glass is banned in strip clubs.

This one shouldn’t be a big surprise to anyone out there that has ever been to a concert. Cameras and recording devices are banned from concerts, so Google Glass is banned from them, as well.

Casinos love your money and they want all of it they can get. Therefore, Google Glass is banned in Casinos, because they’re scared to death that you will cheat.

Hollywood absolutely hates pirates and piracy. Smartphones have certainly made piracy easier, but if you get caught taking a picture of the screen or recording it, you’re going to be in trouble. Piracy would be far too easy with Google Glass. Therefore, Google Glass is not allowed in theaters.

Whether it be elementary schools or colleges, Google Glass is banned. This one is a bit iffy for me. Yes, it would be easy for students to abuse Google Glass during class and not learn anything, but they could also use Google Glass to their advantage. They could use it to take notes, record the lecture or even take a picture of the black board.

A lot of states out there do not allow people to text and drive and Google Glass is receiving similar treatment. West Virginia (where I live) and Arizona have already said that they would like to ban people from using Google Glass while driving, because they’re “using a wearable computer with a head mounted display.” It won’t be long before other states begin to take action, as well.

How do you feel about Google Glass?