Social media networks were a novelty 5 years ago and today they are no longer debated around the dinner party table. 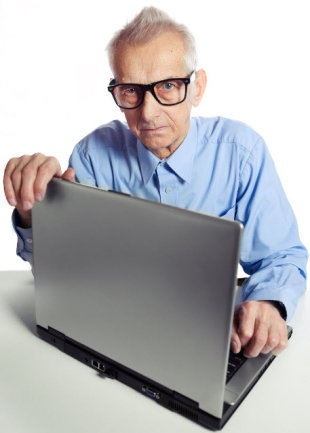 The conversation has moved on.

Facebook is now part of most people’s web lives, Twitter is where a lot of people are reading the breaking news and if you want to be entertained then just dial into YouTube.

Despite it’s minimal mindshare, media profile and awareness Google+ has woven its way into our consciousness and is now the second largest social network.

As if these social networks aren’t enough to distract us then we also have Pinterest and Instagram to add to the online temptations.

The social web is the modern version of Alice in Wonderland, where we are following not one but many rabbits down innumerable rabbit holes.

What are two key factors driving the social web in 2013?

According to a Global Web Index study it is:

These 2 key factors are keeping the social web bubbling along. So maybe the reason your grandparents aren’t turning up to that dinner party is that they have now discovered Facebook and Twitter!

So let’s look at some of the fact, figures and statistics for the major social networks.

Facebook continues to grow and work out how to make money from its ads and mobile users.

Twitter is the fastest growing social network in the world by active users according to a Global Web Index Study.

So how does that translate to hard numbers?

When you wanted to watch a video it used to be VCR, then it became a DVD player, then we moved onto cable networks and now it is YouTube.

These numbers from YouTube’s own blog put some perspective on it penetration into our culture and time.

Google+ is making an impact on the social media universe and is now the second largest social network.

What are some of the numbers on Google’s social network built to protect it from Facebook’s growth and data capture to ensure it remains relevant?

It is Google’s social layer that enhances it’s other online assets.

Here are some numbers from Visual.ly.

So what numbers surprise you?

You have glanced over the numbers. What has surprised you or is it all a big yawn?

Was it the mobile stats, the increasing use of social networks by 55 year olds or was it YouTube’s relentless rise.

Look forward to your feedback in the comments below.

Want to learn how to market your blog with social media?

My book – “Blogging the Smart Way – How to Create and Market a Killer Blog with Social Media” – will show you how.

It is now available to download. I show you how to create and build a blog that rocks and grow tribes, fans and followers on social networks such as Twitter and Facebook. It also includes dozens of tips to create contagious content that begs to be shared and tempts people to link to your website and blog.

I also reveal the tactics I used to grow my Twitter followers to over 149,000.