The Playstation 4 hasn’t even been released yet, but we know so much about the next generation video game system already. It’s set to hit store shelves in about a week and I feel like there’s something you need to know about the Playstation 4 before you buy one.

What comes with the Playstation 4? 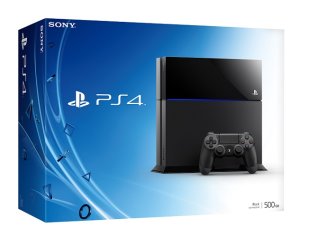 5 Things You Need to Know Before Buying a Playstation 4

There’s nothing worse than getting a game system only to realize that you forgot to pick something up that you needed for it. Well, let’s go over what’s in the box, so you know exactly what you’re going to get when you purchase a Playstation 4.

Keep in mind that the Playstation 4 only comes with one controller. I like to have an extra controller just in case a friend comes over or one would happen to break. Therefore, I would suggest purchasing a second controller.

Unfortunately, any controller that is purhcased separately will not come with a MICRO-USB charging cable. You will either have to either buy one separately or you may have one laying around that you use for another device.

Playstation Plus is practically required.

Technically, Playstation Plus isn’t a required service to enjoy your new Playstation 4, but you’re definitely going to want it, because there are so many benefits of having it.

Hard Drive size is no longer a way to sucker people out of their money. 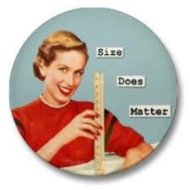 5 Things You Need to Know Before Buying a Playstation 4

Hard drive size really hasn’t mattered that much with the current generation systems, unless you were a cheapskate and purchased the Xbox Arcade.

With the current generation, hard drive space is going to be a crucial factor. Hard drives in game systems have grown over the years and so have video games.

It won’t be uncommon to purchase a next-gen game that will be around 40GB in size. Also, Sony is going to require you to install your video games to the hard drive in order to play them. Their reasoning is that by installing the game to the hard drive, you will be able to have a smoother gaming experience.

Unfortunately, the Playstation 4 does not support external hard drives. If you want to upgrade your hard drive, you will have to replace the internal drive inside the system.

You can record your gameplay, share it and stream it.

This is a feature that I know a ton of people are hyped about, but there is a catch…

Yes, you will have some sharing options when it comes to your gameplay. As a matter of fact, the Playstation 4 controller actually has a “Share” button located on it, so you can share your gameplay immediately.

There is some disappointing news, though…

Sony has hinted that they may add the ability to upload videos directly to YouTube in the future, but this feature won’t be available at launch — if ever.

There are going to be 23 Playstation 4 titles that you can purchase at launch. Click each title to view in-depth details and purchase information on Amazon.com.

Did you already know these things?