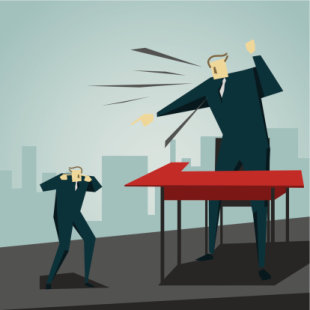 Profits have dropped, productivity has slowed, and your business has felt like it’s been on a roller coaster for years. Before you blame the economy, you might want to take a look in the mirror. Those conditions could be clues that your organization is lacking strong leadership, according to management consultant and trainer Ed Eppley.

Eppley is a leading expert in professional management, sales strategy, and performance management. His clients include a "Who’s Who" of business category leaders that include BMW, STERIS, Sara Lee, Speedway, Steamboat Ski & Resort Company, Emerson Electric, Safelite Auto Glass, and others. As an instructor of the Course for Presidents at Aileron in Tipp City, Ohio, Eppley also helps owners of private businesses apply a system of professional management to identify and correct workplace problems.

With 30 years in the business, Eppley has honed a skill for spotting problematic management. In advance of his forthcoming book that teaches his preferred system for professional management, he shared a few insights with Yahoo Small Business. He points to six symptoms of poor leadership:

1. Your talent departs. Your worst employees don’t leave when the work environment is not right; your best employees do, Eppley says. “If your voluntary turnover of average or above-average talent is higher than that of your competitors, then you’ve got a leadership issue.”

2. Flat or declining productivity. “People don’t give their best effort to a job when the leadership is poor,” Eppley says. “They’re more compliant than committed, just going through the motions.” That behavior contributes not just to reduced productivity, but to flat or declining customer satisfaction too, he adds.

3. Difficulty in growing profitably. “Your job as the business’s leader is to ensure that if you are going to grow and take on more risk, then your business gets a return for that,” Eppley says. “If you’re experiencing growth that’s not profitable, then you are making some incorrect choices. You’re not doing things that you should be for profitable growth to occur.”

4. Low employee satisfaction or morale. When employees go from being committed to being not as satisfied with what’s going on in the company, you’ve got a leadership problem. “For example,” Eppley says, “say you have a 50-person company that has gone from $5 million to $10 million in sales over the last 5 years. Everybody has been rewarded in some fashion for the success: Management jobs have been created, there’ve been increases in pay, and with just 50 people, every one in the organization knows each other.” But what if that same company expands from 50 employees to 100 without growing profits? “Everybody’s working harder, and employees don’t feel like they're all in it together anymore. The company has doubled in size, but it’s not making more money, and morale is suffering. People say, ‘This isn’t the company I hired in with. This isn’t as much fun. I wish we could go back to the good old days.’ That’s a leadership issue.”

5. Little or no bench strength. Well-led companies groom their employees for growth, Eppley says. If a business is not doing a good job developing its own internal talent, then when a new manager is needed, even those inside the organization who might have put their hands up aren’t qualified. “The consequence is that you have to hire from outside the organization,” Eppley says. “If you’re not promoting your own people to fill those managerial roles, eventually that’s going to cost you.”

6. Inconsistent results year-over-year. One year your business grows by 18 percent, the next year it declines 3 percent, the following year it’s up 12 percent, then down 2 percent. “That jumping around means that, as the leader, you might not be making some of the tough decisions you need to make,” says Eppley. “Maybe you’re taking too much risk; maybe you're not taking enough. A roller coaster ride is exhilarating if you know there’s an end to it. But when you’re on one indefinitely, at some point you get physically tired.” Eppley says it's clear to him that companies that operate that way are poorly led.

What about your organization? Does it show any of these symptoms? Share with us in the comments section what you are doing about it.