7 Top Marketing Lessons from ZyngaAfter only four years in existence, Zynga is already earning over a billion dollars a year in revenue. No gaming company has grown so big in so little time before.

Part of the reason for this growth was an incredible change in the way games are consumed. Games like Farmville have moved beyond being only for young men and have found wide acceptance across all age groups. In addition, the Facebook platform has allowed games to quickly spread through players’ personal networks.

Though the changing landscape has been a tremendous help, Zynga’s success is no coincidence. They have a solid marketing plan that has been executed as well as any, and it’s Zynga’s understanding of behavioral psychology and viral marketing that has allowed them to dominate the social gaming environment so quickly.

The success of Zynga has a lot to teach us about marketing in the digital age. Below are seven outstanding marketing lessons we can all take away from Zynga’s success.

1. The Power of Free

Zynga understands how the power of free entices people to play their games. People are naturally adverse to risk and, because making a purchasing decision involves a potential loss in the form of not getting value for money, people will often choose not to buy.

In the case of Zynga’s games, this risk has been minimized or removed entirely, so people have no reason not to try them. Once they are involved with the game world, they have the opportunity to purchase items that will improve their performance in the game.

A similar lesson was learned by Amazon when they started offering free shipping — sales significantly increased in every country where free shipping was offered. The only exception seemed to be France, but when Amazon looked at the matter more closely they realized France was charging a nominal amount for shipping of about 20 cents.

This small rate wouldn’t be expected to make a difference in purchasing decisions, but it did. When the 20 cents shipping charge was removed, sales increased in France in line with data from other countries. This demonstrates that power is not necessarily in offering a low price, but in the psychological potency of free.

2. Make the Most of Cross Promotion

As of 2013, Zynga had approximately 298 million users. This massive audience means that Zynga is able to easily cross-promote its games. When Zynga is launching a new title, it runs banner ads across the top of their past games, increasing the likelihood of piquing the interest of people very much in their target market. 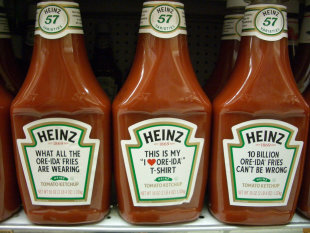 Making Use of Cross Promotion

If Heinz can effectively cross-promote with ketchup, just about any product can be cross-promoted using a little creativity!

Zynga can create a huge amount of momentum for new titles, which then go viral. While few businesses have such a large audience, all have some. You can leverage your existing popular products and media channels to cross-promote new products or other existing, complementary products.

Zynga have capitalized on another aspect of human psychology: the idea of time vs. money. On the surface, paying for a digital item doesn’t seem to make a lot of sense, so Farmville also gives you the opportunity to earn that same item by playing the game. However, you can skip the time you would spend earning the item by paying for the item instead and being able to use it immediately.

The question then becomes: “How much do you value your time?” rather than “Is it worth paying for this item.”

Reframing the value equation can be applied to the marketing of just about any product — if you think your consumer will have trouble justify their buying decision in one way, provide a different way for them to think about buying it. Help them see the value in some way other than relative to dollars.

For games like those produced by Zynga, the network effect is crucial. This is where you play the game (or buy the product), because other people in your personal network are already consuming the product. Zynga’s marketing strategy is reliant on getting a lot of people to start playing the game.

In order to achieve this initial boost, Zynga spends heavily on Facebook Ads in order to promote new games. CEO Marcus Pincus has stated the company spends a “couple of million” advertising games like FarmVille. Once people are drawn into the game, viral marketing aspects built into the game help to further increase the number of players.

Another secret to Zynga’s marketing success is creating a close-knit community. The Zynga message boards allow regular players to discuss tips, share tutorials, and talk with their fellow players. By creating a strong community, the players become more immersed in the world of Zynga’s games and are less likely to leave.

Forums also create content which is then indexed by the search engines, thereby helping improve Zynga’s exposure in major search engines. If your business has a product people can gather around, adding a forum or community section to your website might pay off in a big way.

6. Make Your Customer Your Brand Advocates 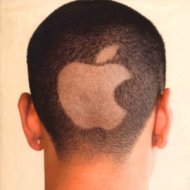 The Epitome of Brand Advocacy

The Epitome of Brand Advocacy

Zynga is notorious for what is known as the “friend tax.” This is the place in Zynga’s games where, to progress, you need to send your friends invitations to the game.

People are far more likely to use a product or play a game, such as FarmVille, when people they trust recommend it. Being able to tap into their customers’ personal networks and provide incentives for players to recommend games is an invaluable marketing tactic for Zynga.

Zynga also allows you to share the points that you earn in the game with your friends. This adds another social aspect to the game and makes recommending the game to friends much more likely. People like to be altruistic towards their friends and that instinct also serve as a very good marketing tool for Zynga.

Zynga makes the best possible use of the News Feed. If players have been away from the game for too long, Zynga will send them free gifts and a message that they miss them. They also send out regular updates about the game to make sure players are always up to date. The purpose of all this is, of course, to ensure Zynga stays on their customers’ radar.

This marketing tactic emphasizes the importance of monitoring your customers even after they’re outside of the purchasing process. Businesses can achieve much the same effect as Zynga by using email marketing. By sending out consistent emails to customers and reaching out to those customers who seem to have fallen off the wagon, you can ensure your brand is always top of mind when it comes time for the consumer to buy.

Do you play any games made by Zynga or have you played in the past? Did you find yourself getting “stuck” in the game due to any of the marketing tactics outlined in this post? Leave a comment and let me know your thoughts!