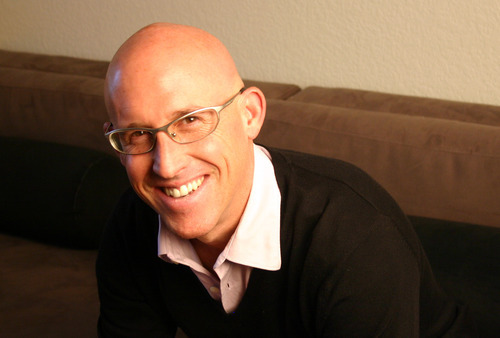 “Stay focused, simplify, and be true to yourself.” When self-taught industrial designer Todd Greene applied that philosophy for living to his own head, it inspired a product design idea: an ergonomic razor that makes it easy to maintain a clean-shaven scalp.

Greene says he started shaving his head at age 25. “There were a lot of negative connotations with being bald back then. People made fun of me. But I was taking control of my life instead of passively going bald,” he says. A few years later, in 1999, he founded HeadBlade, and has been selling his popular razors to likeminded in-charge guys ever since.

His prototype was included in the Museum of Modern Art’s permanent collection and ranked as a TIME magazine “Best Invention of the Year.” And his 8-person company, which makes HeadBlades available worldwide online and in more than 15,000 U.S. retail stores for between $15 and $100, has now sold more than 1 million razors.

But by chanting the same “focus-simplicity-truth” mantra in his 12,000-square-foot Los Angeles headquarters, Greene says, he’s been able to keep life and business relatively uncomplicated. He spoke recently with Yahoo Small Business about his philosophy and how he stays focused, simple, and true.

Here, in his words, are 8 of his baldheaded approaches to business and life.

1. Stay focused. “When I first came out with the HeadBlade, someone offered me $50,000 to make it for general use—for shaving faces and legs as well as heads. That would have been a quick dollar, but a product for head shaving is what defined us. When I look at the MOMA or Time Magazine Award, we got those because we’ve stayed focused. Now I have a nice company. I bootstrapped it, we worked off our revenues, and I am proud of what I’ve built. We’re not Google, but you can be happy with a niche.”

2. Know what makes you happy. “I was working for Paul Allen and owned a beautiful house in Santa Monica when I was married. When we divorced, I gave her everything and said, ‘Just let me have my company.’ I now live in a small oceanfront apartment. I love what I do and I’m passionate about HeadBlade. I’m not new agey, but I’m not materialistic, and I don’t need things that don’t make me happy.”

3. “Living simply” does not mean living without technology. “We live in a world where technology should work for us. I don’t let technology run my life; I leverage it so that I can stay focused. Using technology to your advantage can make life more simple—like depositing all your checks right from your cell phone.”

4. Life is not a game of musical chairs. “Don’t live with the fear that when the music stops you’re not going to have a seat. Do what you love to do, and if you have the money to take care of all the bills you should be happy.”

5. Your mind is your best friend. “When you let something bother you, that problem becomes bigger. If you can be at one with yourself in your mind, you can eradicate the self-doubt that stands in the way of taking a chance. I had visited Seattle after college and decided I wanted to live there. When I moved out from the East Coast without a job lined up or a place to live, I was nervous. But I decided to make believe that I had just left something in Seattle that I was going back to get. I paid a moving company to put all of my stuff in storage for two months. I ended up working for Paul Allen.”

6. Sometimes fear is a good motivator. “I love creating things, but when I created the design for HeadBlade, I was driven by the fear that someone else would come out with my idea if I dropped it. It was my ‘put up or shut up’ time.”

7. Don’t let the naysayers get you down. “Schick rejected my idea, investors rejected my business plan, and so did Victor Kiam, the owner of Remington. It was hard to raise money for a product that didn’t exist, designed by a person who had never made a product before. I don’t think anyone would have invested other than the 5 who did: my father, my friends from college, and me. So I started small and slowly built with revenues.

“Then, when had the product and went to meet with retailers, I was making the razor in L.A., and the cost was huge. Retailers said, ‘You’ll never stay in business.’ I said, ‘But it’s made in the U.S.’ They said no one would care. I got it into Fred Segal and then won design awards for it.

“Our bottles and creams are still U.S. made. Now that we make our hardware and injection molds in a factory in China, I’ve had people call here and go on a tirade about our products being made in China. But even our U.S. manufacturer agreed that the quality is better, and the manufacturing savings are 70 percent.”

8. Pursue your ideals before money. “I was the quintessential liberal arts guy in college and when I graduated I worked in the development office on the alumni annual giving campaign. I remember meeting an alum in Connecticut who took the train to New York City for work every day. When I compared his life with the classmates who were coaching soccer or teaching middle school, I knew I wanted to follow my ideals as opposed to trying to make money. Money makes it easier to be happy, but it’s not the end goal. The goal is to be happy. So far it has worked out really well.”