Think necessity is the mother of invention? Not always. There is a
very thin line between brilliant innovation and absolute failure, as
some of these inventors famously found out.

Some of the most popular products we use today were accidents
stumbled on by clumsy scientists, chefs who spilled things, and
misguided inventors who–in the case of the glue used on Post-it
Notes–were trying to create the opposite of what they ended up with.
But we can all take comfort in knowing even some huge mistakes can come
with silver linings, sometimes big enough to change entire industries.
And sometimes, even forgetting to wash your hands has its advantages.

Bread MoldIf Alexander Fleming's mother were around, we all might be a lot sicker.

Like anyone eager to go on vacation, Alexander Fleming left a pile of
dirty petri dishes stacked up at his workstation before he left town.
When he returned from holiday on September 3, 1928, he began sorting
through them to see if any could be salvaged, discovering most had been
contaminated–as you might expect would happen in a bacteria lab in a
hospital.

As has been well-documented in history books and on the Nobel Prize website,
Fleming dumped most of the dishes in a vat of Lysol. But when he got to
a dish containing staphylococcus, something odd caught his eye. The
dish was covered in colonies of bacteria, except in one area where a
blob of mold was growing. Around the mold was an area free of bacteria,
as if the mold had blocked the bacteria from spreading. He realized it
could be used to kill a wide range of bacteria–and penicillin was
identified.

From that minor act of scientific sloppiness, we got one of the most widely used antibiotics today.

SlinkySomehow if the song
had gone: "A spring, a spring, a marvelous thing! Everyone knows it's
Industrial Equipment Stabilizers," it wouldn't have been quite as
catchy.

Yet that was the intended use of the springs naval engineer Richard
James was developing in 1943. The sensitive springs were meant to keep
fragile equipment steady on ships. Then James knocked one of his new
springs from a shelf and, like a kid on Christmas morning, watched it do
that famous Slinky walk down instead of just hitting the ground, as Time noted in its all-time greatest toys list last year.

He took the creation home to show his wife, Betty, who saw the
potential for a new toy. After consulting the dictionary, a name sprung
(sorry) to mind: Slinky, a Swedish term meaning "sleek and
sinuous." By time the toy was demonstrated in front of Gimbels
Department Store in Philadelphia, during the 1945 Christmas season, it
was clear it would be the Tickle Me Elmo of its time. The industrial
machine James had could coil 80 feet of wire into two inches, and
hundreds of Slinkys were already being sold.

That's not all, either: The Slinky has found other uses, including as
an antenna by soldiers in Vietnam and as a therapy tool. Whatever the
use, everyone knows it's Slinky. 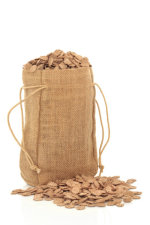 Wheat flakesMmmm, delicious bran gruel…the breakfast of champions? Just try for a
second to picture Michael Jordan posing with a slopping spoonful of
semiliquid grain dripping from his chin.

The legend behind this famous cereal's creation did actually begin
with bran gruel, which was what a clumsy dietician at the Washburn
Crosby Company was preparing in 1922 when he spilled some on a hot stove
top. The gruel drops sizzled and crackled into flakes. Once he gave a
flake a taste, the cook realized his accident had created something that
tasted way better than that old gruel. He got the head honchos at
Washburn on board, and they tried 36 different varieties of the creation
before developing the perfect flake that wouldn't crumble in the box.

Even the name could have gone another way. The cereal was released as
Washburn's Gold Medal Whole Wheat Flakes; soon after, an employee
contest resulted in the name being changed to Wheaties, allegedly
beating out Nukeys and Gold Medal Wheat Flakes, though who would have
known 90 years ago that so many gold-medal winners would eventually don
the box of that glorified gruel?

Post-itYou know how when you're done with a Post-it note, you throw it in
the wastebasket? Yeah, that was pretty much what Spencer Silver almost
did when he was trying to develop a super strong adhesive for 3M
laboratories in 1968 and came up way short. Instead, he had invented the
opposite: an adhesive that stuck to objects but could be easily lifted
off.

Silver proselytized the potential uses of his new, sort-of-weak glue
around 3M for years, all to deaf ears. Finally, a colleague named Art
Fry attended one of Silver's seminars in 1974 (3M has long been known
for encouraging employees to step outside of their own departments to
see what people in other areas of the company are doing). Fry saw a use
where no one else did: holding his page in his hymnbook, which his
bookmarks kept falling out of. And when you added Silver's mild adhesive
to paper bookmarks, a rudimentary Post-it Note was born. Lest you think
this is just silly corporate legend, even the Web fact-checker
Snopes.com gave this a "True" rating.

3M finally agreed to distribute the Post-it Notes nationwide in 1980,
a decade after Silver had first stumbled upon the formula. Thirty years
later, they'd be as iconic to the American office as the stapler and
the fax machine, with the added bonus of being great for dorm-room
pranks and stop-motion animation viral videos. 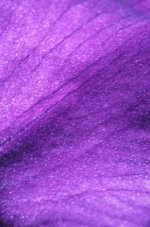 MauveIn 1856, 18-year-old chemist William Perkin turned out to be quite
the young prodigy, inventing synthetic dye and going on to help fight
cancer. Only, dye was nowhere close to what he intended on making.

Perkin was working on a creating an artificial version of the malaria
drug quinine. Instead, his experiments produced a dark oily sludge. Not
only did the sludge turn silk a striking shade of light purple, it
didn't wash out and was more vibrant and brighter than the existing dyes
on the market. Up to that point, dyes were made mostly of insects,
mollusks, or plant material. As later chronicled in the book Mauve: How One Man Invented a Color That Changed the World,
by Simon Garfield, Perkin's invention of mauve coloring became the hit
of the Paris and London fashion scenes; Queen Victoria even wore it to
her daughter's wedding in 1858. 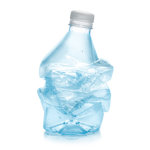 PlasticsCan you imagine carrying water bottles made of clay or using
disposable utensils made of eggs and animal blood? The legend of the
discovery of plastic says that were it not for two accidents, those
might be the materials we'd be stuck with today.

The first tale starts in the lab of Charles Goodyear (yes, that
Goodyear), who combined rubber and sulfur and accidentally put it on
the stove for a period of time. When he came back, he found a tough and
durable material–created through a process eventually called
vulcanization.

The second was a spill in John Wesley Hyatt's shop. Inspired by a
$10,000 contest to find a replacement for elephant ivory in billiard
balls, Hyatt accidentally spilled a bottle of collodion, only to
discover that when it dried it formed a flexible-yet-strong material. He
didn't win the contest (nor did anyone, for that matter), but by 1872
his brother Isaiah coined the term celluloid to describe what
was becoming the first commercially successful plastic–even used in the
first motion-picture film used by George Eastman.

SaccharineThe familiar sweetener in the pink packet was discovered because
chemist Constantin Fahlberg failed to do what even a high school
chemistry student knows: Always wash your hands.

Prepare to be grossed out. Here's the scene: It's 1879, and Fahlberg
was sitting in his lab, toying around with new uses for coal tar, to no
great success. The work interested him so much he forgot about his
supper until late, then rushed off for a meal with his hands all still
covered in laboratory goo, as he later admitted in an interview with Scientific American.

He broke a piece of bread, put it to his lips, and noticed it tasted
unusually sweet. He rinsed his mouth, wiped his mustache with a napkin,
and found the napkin tasted sweeter, too. Even the water in his cup
tasted syrupy. Then he did what would surely gross out any scientist
passerby: He stuck his thumb in his mouth, then went back to his
laboratory and tasted every beaker and dish in the lab until he found
the one that contained saccharin.

Luckily for dieters everywhere, he managed not to poison himself along the way.

Corn flakesDr. John Kellogg and his brother Keith would have fit right into
today's world of new age health fads. In 1894, however, they were
probably laughed at as weirdo health freaks who put visitors at their
hospital and health spa in Battle Creek, Michigan, through strange
health regiments that included abstaining from meat, alcohol, tobacco,
and even sex. One part of that regiment was eliminating caffeine by
using a coffee substitute made of a type of granola. After cooking some
wheat, the men were called away, as happens when you're running a busy
sanatorium. When they came back, the wheat had become stale, but, ever
the budget-conscious hippies, they decided to force it through the
rollers anyway.

Instead of coming out in long sheets of dough, each wheat berry
flattened and came out as a thin flake. The brothers baked the flakes,
and, boom, a new breakfast cereal fad was born, as the Kellogg's
official website points out.

That wasn't the only cereal trend that was born at the Battle Creek
sanatorium: Charles William Post, who later founded Postum Cereal
Company (aka Post Cereals), was a student of Kellogg's. He developed his
own line of products based on the cereal he ate at the clinic. The Post
cereal company went on to make Honeycomb, Fruity Pebbles, Waffle Crisp,
and lots of other sugary cereals the health-conscious Kellogg probably
would have shaken his head at. 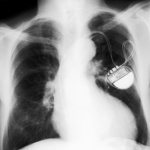 X-ray of PacemakerWilson Greatbatch made a classic dumb move: pulling the wrong part
out of a box of equipment. It was a major act of numskullery that became
a major part of saving millions of lives.

In 1956, Greatbatch was working on building a heart rhythm recording
device at the University of Buffalo. He reached into a box and pulled
out a resistor of the wrong size and plugged it into the circuit. When
he installed it, he recognized the rhythmic lub-dub sound of the human heart. The beat, according to his 2001 obituary in The New York Times,
reminded him of chats he had had with other scientists about whether an
electrical stimulation could make up for a breakdown in the heart's
natural beats. Before then, pacemakers were hulking machines the size of
TVs. Greatbatch's implantable device of just 2 cubic inches forever
changed life expectancy in the world. Now, more than half a million of
the devices are implanted every year. Not bad for a numskull.