Many news outlets this week are speculating about how a Supreme Court decision to throw out the Affordable Care Act could affect election results. Regardless of how the Court's decision helps or hurts the incumbent or his GOP opponent, overturning Obamacare would be a disaster for small business, according to Frank Knapp, Jr., vice-chair of the American Sustainable Business Council.

Though it was the National Federation of Independent Businesses (NFIB) that took its case against the Affordable Care Act to the Supreme Court, the group did not speak for all business owners. The Small Business Majority, the Main Street Alliance, and the National Association for the Self Employed all disagree that the health care law should be overturned. 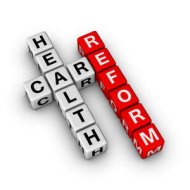 In an essay that appeared yesterday on the congressional news site The Hill, Knapp, who is also president and CEO of the South Carolina Small Business Chamber of Commerce, piled on to the claim that NFIB's opposition to the Affordable Care Act does not represent the interests of small businesses. He warned of "the negative consequences to small businesses of a successful repeal effort…"

For one thing, he noted, the Act includes no mandate for the 97 percent of all businesses that have fewer than 50 employees. And, he wrote, small businesses have already reaped sizable benefits from the two-year old bill.

For instance, Knapp claimed, due to the law, hundreds of thousands of small businesses are receiving tax credits of up to 35 percent for offering health insurance to employees; tens of thousands of self-employed individuals and others with preexisting conditions now have access to affordable health insurance; and, because the law requires insurance companies to justify rate increases over 10 percent and to use 80 percent of small group premiums on actual medical coverage, premiums are being kept down.

Knapp also pointed to benefits that are still to come for small businesses as components of the Act are phased in. Insurance exchanges will "create more competition between health insurance companies" putting an end to the higher insurance premiums small businesses are forced to pay; and new pre-existing condition rules will also relieve small businesses of paying higher premiums based on one employee's health history, he wrote.

Perhaps one of the most important and underestimated benefits to the overall economy that Knapp mentioned is that the Act puts affordable health insurance within reach of an individual, independent of an employer. By "cutting the healthcare chord that keeps an entrepreneur tethered to an employer's health insurance plan" Obamacare will encourage new small business start-ups, Knapp predicted.

Knapp wrote, "The 'repeal' groups seek to take away all the above benefits for small businesses while offering no effective or comprehensive alternative."

To read all of Knapp's remarks, see "'Obamacare' repeal a disaster for small businesses."

Is your business benefiting from Obamacare? Or would you prefer to see it overturned? Tell us in the comments, or Tweet #SmallBizVote.