Oh boy, the smartphone market sure is a crowded place nowadays.

And prima donna Apple is not comfortable with it.

Since the launch of the first iPhone in 2007, Apple launches have been accustomed to being the most anticipated and the most hyped-up. The competition has finally caught up with Apple. The same companies trampled by the iPhones of old are now producing iPhone-thrashing phones.

Competition is alive and fighting back. 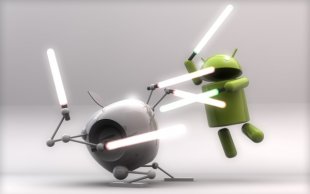 The smartphone one very competitive market. And full of lightsabers.

The Crash Back to Earth

While iOS is still one of the most stable mobile operating systems around, the lack of significant UI changes or having the same boring look (albeit with flashier colors due to iOS 7) has seriously undermined the belief of consumers in Apple devices. These days, iPhones are as prestigious and prevalent as “Galaxies.” The intense hype that surrounded Samsung’s launch of its recent flagships, the Galaxy S3 and Galaxy S4 proved that.

This is turning into a problem for Apple, long used to being the top-notch manufacturer. The iPhone 5 failed to impress due to the incremental upgrades compared to the iPhone 4S. The half-baked features and the candy-colored user interface of iOS 7 did not help either.

While Apple users are cited as the most loyal, Apple is committing the same mistake its former competitors did before: being resistant to change. Sure, you don’t fix what’s not broken; however, the smartphone market is a dynamic one, prone to changes in trends and style.

Who would’ve thought that styluses would make a comeback? Or that waterproof phones that are not as thick as bricks would be readily available? Or that it is not funny anymore to stick a five-inch screen phone up to your ear to answer a call? How about the obsession of consumers with numbers, benchmarks, and megapixels?

These are market trends that Apple is missing and ignoring. And they’re costing Apple much needed revenue and a renewed and solid user base.

These days, more and more people are convinced that Apple needs to do a company soul-searching to find the spark of innovation that originally fuelled the touchscreen-smartphone market. It was Apple that kick-started the UI revolution that toppled clunky Windows Mobile, outdated Palm, and dull Symbian. It was Apple that showed the world that impressive hardware is useless unless there’s equally impressive software. These are the things that Apple needs to be inspired once more. To be once again the innovator and game-changer that it was before.

Apple needs to know that they can’t decide for the consumer. The throw-spaghetti-at-the-wall-and-see-what-sticks approach by Android might be amplifying fragmentation issues, however, it works because the consumer has the choice of how his device should look, feel and work. And how it should be priced.

A cheaper iPhone might fit the bill though its success will probably be based on how “cheap” it is. Apple needed a comeback. The launch of the new iPhone on September 10 will very well be a make-or-break moment for Apple. Failure to dazzle the world once more is not an option. The fate of the fallen old guards: Palm, Ericsson, Motorola and just recently, Nokia can very well be Apple’s own.

The stakes are high. It can be the company’s make-or-break moment. 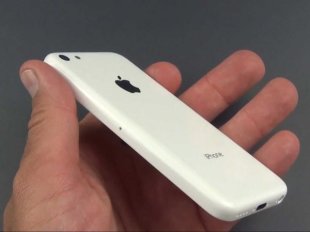 A new hope or the last hope?

While the Net is full of speculation about the new iPhone, it is certain that Apple will charge a fortune for the unlocked version. In fairness to Apple, their devices have the highest resale value. While competing devices plunge as newer and more powerful devices are released, the iPhones stabilize at some point and only register significant price cuts when a new iPhone is launched. For all intents and purposes, it is a better investment if you plan on selling your phone after a year of usage. Or if you’re an iSheep.

Anyway, whether you’re a fanboy or just wanting to get rid of your LAG-droid or app-less Windows Phone, you should really consider selling it to add to your iPhone 5S budget. There are several online sites that will buy your old smartphone or even accept trade-ins, but not all of them are secure and definitely not all of them are free. They charge a commission fee.

The next iPhone is a make-or-break product.

Or you can just stream Apple’s presentation on September 10 on your TV using Chromecast and chuckle at the absurdity of people preparing to buy whatever sub-par device Apple will release. Laugh at people wanting to pay hundreds of dollars for a device that is obviously not in the same league as the humongous and processor-obsessed Android smartphones. While drinking Google’s Kool-Aid.

To each his own, as they say.

While all eyes are on it, Apple turns inward. Searching for the lost spark that seems to have disappeared when Steve Jobs died.