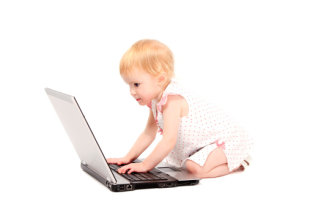 Billion Dollar BabyThere was a time, not so very long ago, when $1 billion was a lot of money. But apparently that is no longer the case in Silicon Valley, where these days not a week goes by without a rumor about yet another company raising money at or near a $1 billion valuation.

Lately there’s been Snapchat, an app that lets you send photos that disappear in seconds, which TechCrunch reports has raised money at an $800 million valuation, two weeks after originally reporting that the company was being valued at $1 billion. Also rumored to be valued at $1 billion are Path, a social network, and Fab.com, an online commerce site.

This might not be so strange, except these companies (e.g. Snapchat, Path) have little in the way of revenue, and as for profits, well, you must be joking.

If this seems a bit extreme to you, you’re not alone. As Quentin Hardy of the The New York Times recently reported, “The number of privately held Silicon Valley companies that are worth more than $1 billion shocks even the executives running those companies.”

Part of it is that money has been cheap and there’s a lot of it sloshing around looking for a home. There’s also the sense that the next wave of computing, built on mobile devices and social software, is going to be bigger than anything that has come before it, a giant wave of opportunity that will create a new generation of tech titans.

There’s talk of a trillion-dollar transfer of wealth that will take place as valuation flows out of legacy companies and into a crop of newcomers. There is also a sense that we’re now in the midst of a historic inflection point, one where new fortunes will be built by those brave enough to dive in.

In that kind of environment, why quibble about a few hundred million here or there?

Here Are the Cool Kids

What matters may be simply that these are the companies that the “smart money” has decided will be the winners out of an ocean of new startups, and so, as a marketer, you should at least be paying attention to them. (The smart money isn’t always so smart, but whatever.) Think in terms of a high school yearbook. These are the kids who have been chosen most likely to succeed:

Based in New York, Fab.com started out as Fabulis, a gay social network. But its founders discovered that gay people didn’t want their own social network and were happy enough with Facebook, thank you very much. One thing that was working was a feature called “Big Gay Deal of the Day.” So in 2011, Fabulis became Fab.com, a flash retail site. Sales should reach $200 million to $300 million this year. Industry insiders can’t tell whether Fab.com is the next Amazon (good) or the next Groupon (bad), but nevertheless investors including Andreessen Horowitz are putting in money at a $1 billion valuation, AllThingsD reports.

Founded in 2010 in San Francisco. Basic idea was to create a “trusted, intimate” social network where you could connect with 150 people, max. But put it this way. Do you know anyone who uses Path? Neither do we. Valleywag calls Path a “sanctimonious social network built to appeal to Facebook’s haters, that ended up appealing to few.” Path claims to have 12 million users, though who they are remains a mystery. But even 12 million users is peanuts compared to Facebook’s 1 billion members. CEO Dave Morin is a former Facebook executive. Recently the company started generating some revenue. Is that worth $1 billion? Apparently so, TechCrunch reports.

Founded in 2011, headquartered in Pacific Palisades, California. In a nutshell: Send someone a photo, and it disappears after a few seconds. Kids love it, and they now send 150 million photos a day. GigaOm reported Snapchat was raising $100 million at a “jaw-dropping” valuation of $700 million. Not to be outdone, TechCrunch reported the valuation was closer to $1 billion, then had to walk back its original story with a new story, also sourced anonymously, claiming the valuation had turned out to be $800 million. What’s the appeal of Snapchat? Fast growth and loads of engagement, as seen in this chart from Kleiner Perkins:

Is This Nuts? It’s Nuts, Right?

Keep in mind that not so long ago, the “smart money” was piling into Groupon. And back in 2010, John Doerr of Kleiner Perkins, a legendary venture capitalist, was calling Zynga “our best company ever.” Both went splat, and left investors hurting.

Then again, back in 2007, everyone laughed when Microsoft invested in Facebook at a $15 billion valuation. That investment looked nuts but turned out to be brilliant. Today, Facebook’s market value is $58 billion.

So maybe all these venture capitalists have lost their minds and/or have too much money to play with and not enough good ideas to do with it. Or maybe, just maybe, all these little companies really are worth all these billions of dollars. Or maybe they’re not worth it today, but they’ll find a way to grow into it. Maybe.

This post by Dan Lyons originally appeared on Hubspot. HubSpot all-in-one marketing software helps more than 8,000 companies in 56 countries attract leads and convert them into customers. A pioneer in inbound marketing, HubSpot aims to help its customers make marketing that people actually love.