Earlier this week, digital global currency Bitcoin saw its value nosedive by 80 percent in trading.  In less than eight months, the virtual cash had skyrocketed from $30 to as much as $266 in value, yielding enormous short-term profits for traders, early investors, and hedge funds.  However, Bitcoin’s value dropped to just $55 by Thursday, which wiped out much of the capital gains for bullish holders and late arriving speculators.

Bitcoin is a form of electronic cash which can be used to transfer funds anywhere in the world so long as the individual or business uses an electronic device with access to the Internet.  Cash transfers are typically completed in one hour, and these are not subject to expensive fees because Bitcoin is not created by, or beholden to, any financial institution, central bank, or government.

Thus, consumers and businesses have the ability to settle accounts (or wire funds) so long as the recipient is able to go online and receive the “virtual cash”.  Because it circumvents the banking system and government authorities, Bitcoin enables the parties involved to escape taxes and any hurdles designed to prevent money laundering (such as stringent identity verification).

Its usage also increased when retailers began to embrace the concept of virtual cash to improve transnational business.  Additionally, drug traffickers and money launderers began to millions of dollars through virtual Bitcoin exchanges.   Since late 2012, hedge funds and traders began buying up the virtual currency in massive amounts.  Many saw no risk of devaluation since Bitcoin is insulated from inflation (operators add small amounts of the currency over time). 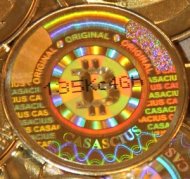 Earlier this year, its value saw a significant boost due to turmoil in Cyprus when depositors flooded ATM machines to withdraw cash.  The panic occurred after the European Union proposed a multi-billion dollar bailout contingent on an across-the-board tax on bank deposits.  The heightened usage of Bitcoin, in addition to financial unrest in Europe, resulted in skyrocketing prices per unit, and reflected the promise that currency could reach a scale similar to global payment company PayPal or MoneyBookers.

However, some conservative investors, including Tom Dyson, remained skeptical especially after Bitcoin surged from $190 to $266 in less than a week.  It appeared that the currency’s price was becoming increasingly overvalued as a result of hoarding by speculators and short-term traders.  A few saw signs of a massive bubble ready to burst, and some grew weary when the U.S. Treasury announced in March it would explore new laws to regulate Bitcoin.

What’s in store for Bitcoin in the future?  It appears governments around the world are ready to step in.