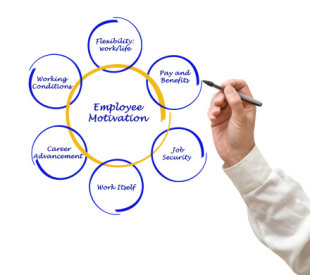 As the boss at a small business, how important do you believe benefits are to your employees’ happiness? There’s a good chance you’re underestimating.

In a recent survey of nearly 600 benefits decision makers at small companies, only 44 percent said they believe benefits are extremely or very influential on job satisfaction. Even fewer believed benefits influence employee loyalty, productivity, or willingness to refer friends for jobs.

But based on answers to the same survey from nearly 1,500 people who work for small businesses, those decision makers are a bit misinformed. To 75 percent of employees, benefits are extremely or very important to job satisfaction; more than 60 percent say benefits influence their loyalty and their productivity, and nearly half say the benefits influence their willingness to refer a friend or leave the company.

And how many of those small company employees are actually “extremely satisfied” with their benefits packages? A mere 12 percent. Only 14 percent say their benefits meet their current family needs extremely well. The number won’t likely improve any time soon: Only 18 percent of small businesses offer voluntary insurance to their employees and 15 percent expect to eliminate or reduce employee benefits in 2014.

It’s little wonder, then, that one of every two small business employees say they are likely to look for new jobs in the next 12 months, while 81 percent agree that a well-communicated benefits package would make them less likely to leave.

More than half of employees also say they would likely accept less compensation in their next job in exchange for better benefits. To be sure, few are prepared to deal with the financial costs of a serious illness or injury. Nearly 60 percent of employees say they have less than $1,000 to pay for unexpected out-of-pocket medical expenses, and nearly half would need to borrow from a 401(k) or use a credit card to cover such costs.

The data was collected by Research Now for Aflac, the Fortune 500 insurance company, and reflects a segment of the survey it conducted with companies with between 3 and 99 employees. For the full report, including data on other business sizes, see Aflac’s 2014 WorkForces Report.