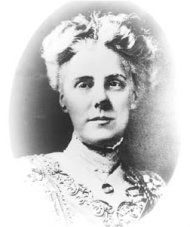 AnnaMarieJarvisMother’s Day was founded in 1907 by a West Virginia woman as a tribute to her own mother. In her 40s, Anna Marie Jarvis, a college graduate, quit her job and incorporated herself as the Mother’s Day International Association.

Jarvis was so passionate about her vision that she succeeded within 6 years in persuading the governors of nearly every state in the union to embrace Mother’s Day. By 1914, she had won over the U.S. Congress. That year President Woodrow Wilson signed a Congressional resolution declaring the second Sunday in May the nation’s day to honor mothers (for their role in the family, however, not the public sphere).

Rampant commercialization of Mother’s Day has kept it alive for a century, but the strong-willed Jarvis, ironically, detested any profiting from the holiday. She believed offspring should honor mothers with handmade gifts and letters, rather than with printed greeting cards and floral arrangements. So, after succeeding in seeing Mother’s Day widely adopted, Jarvis spent the rest of her life and funds fighting those who tried to profit from it, it has been widely reported. Her battles included filing a lawsuit against New York’s governor and publicly criticizing Eleanor Roosevelt for work with a Mother’s Day committee.

Jarvis set about fulfilling her vision with the passion of a typical entrepreneur. With funding from family—including from the estate of her brother, the founder of a taxi company—she trademarked the phrase “Mother’s Day” and pursued a plan to see the holiday adopted worldwide, according to her 1948 New York Times obituary. Unfortunately, like many entrepreneurs, it seems Jarvis was better at the execution of her vision than at managing the day-to-day business. Though at one point she had the resources to purchase a building solely for housing her prolific correspondences, the Times reported upon her death that her finances had become “almost a hopeless muddle.” Other biographies say she died in poverty. 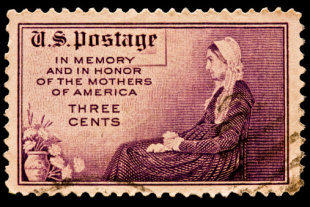 One final irony of Jarvis’s life, according to her Wikipedia biography: “Anna Marie Jarvis never married and had no children.” Perhaps she was too busy running her organization.