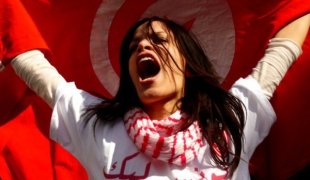 Seconds after the first bomb exploded at the 2013 Boston marathon, social media erupted. In minutes, media giants like The Boston Globe were harvesting content from thousands of sources on the ground; verifying and broadcasting information at unprecedented rates.

The ensuing manhunt led to the most profound example how social media is altering the face of journalism. More threatening than when print was overtaken by radio and television, journalists need to evolve with social media in order to retain their eminence as the go-to news source.

But how, as journalists, can you build a following that opens their news app before their Twitter one? Or better yet, save print media from extinction?

Journalists have adapted quickly to the emerging new media paradigm. Yet, as with most things, it didn’t happen overnight. Today’s most prominent social ‘Thinkfluencers’ are the product of trial and error.

Since the inherent nature of communication is such that individuals are more likely to source information from each other — rather than traditional news agencies — information sharing has become decentralized.

Whether it’s sourcing the initial information reports during the chaos of the Boston bombing, breaking the story or tracking analytics on a controversial follow-up piece, here are a few ways social media management can help journalists get the most out of their stories.

1. Source From the Street 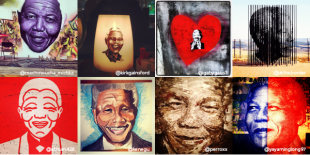 When the Egyptian government blocked access to social networks like Facebook and Twitter during the wake of revolution, citizen journalists from all over continued to share the story in real-time via HootSuite. Quickly these individuals became the centrepiece of every headline and update released as the world waited with bated breath.

Similarly during the Boston bombings, marathon runners and bystanders rapidly became citizen journalists, taking photos and videos of the aftermath. Quick to pull out their camera phones, the most-read headlines featured on major news networks were sourced from citizens.

With the right tools, crowdsourcing is easier than ever for journalists and news agencies. Literally thousands of citizens are taking photos and videos every day, developing an endless archive of sourceable content, and it’s all just a keyword search away.

2. Master the Art of Listening

Whether a company, individual or idea, HootSuite’s search streams let you track key users and listen to specific conversations while blocking out the white noise. The drag, drop and widen stream feature makes for easy tracking and organization, allowing you to seamlessly move people from your search stream into a Twitter List.

Use the geolocation feature to narrow down your search to a specific region, country or even city. This way you can guarantee that you’re one of the first ‘on the scene’ and quickly identify a story’s key stakeholders.

Retroactively sift through Tweets from weeks, months or even years prior, to gain context on the history of your topic by customizing ‘since’ and ‘until’ parameters in your stream. Next, partner your search with one or multiple keywords and you will find valuable data in seconds.

Tip: Don’t forget about your collaborators and competitors. Create a list on your dashboard containing publications, editors and journalists.

Avoid spamming your followers. Regulate the flow of your social posts by creating various timezone friendly posts and scheduling them in intervals.

Also, take your streams with you using the mobile app. This way, no matter where you are, you don’t have to be in front of your computer to keep tabs on any leads.

Tip: Use the Quick Search function to follow current trends and hashtags.

Try finding influential users who are engaging with your content by filtering using Klout scores. While you’re at it, drag those users to a new list. You will value this resource later on when you need to amplify future posts and reach out to extended networks.

Finally, archive your story-specific search streams using HootSuite’s archive feature. This allows you to store the valuable information you gathered and reference it later for follow-up articles or recaps.

Is traditional journalism going extinct? Share your thoughts with us by commenting below.