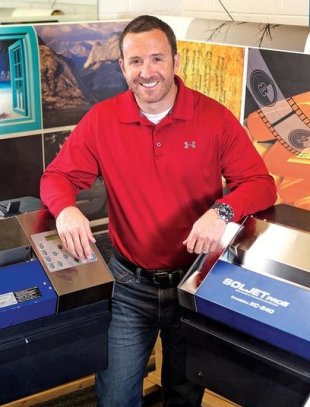 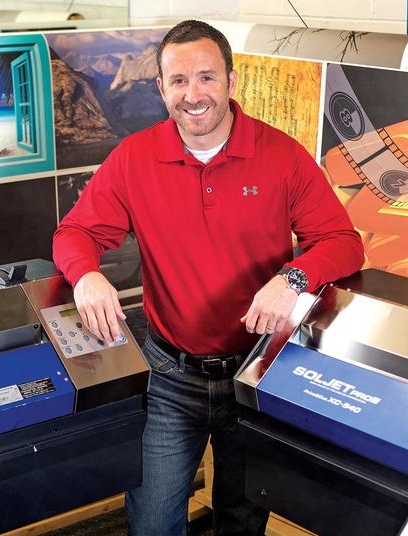 To grow a $2-million-a-year business from a home-basement hobby, WallMonkeys CEO Jason Weisenthal says he “had to zig and zag like crazy.” And without his cash reserve—profits from an earlier real estate sale—“I would have been out of business,” he says. Whether it was entrepreneurial wisdom or blind passion that led him to burn through his savings while nailing down his business model, Weisenthal survived. “You have to go with what you think is right,” he says.

Since graduating college in 1995, Weisenthal had worked as the third-generation boss of his family’s shoe store in Elizabeth, NJ. The business was cruising along in 2008 when he started playing around with how to print life-size wall stickers from photos of his soccer-playing son.

At the time, professional athlete decals from the Detroit company Fathead were gaining popularity as children’s bedroom décor. But Fathead wasn’t yet offering custom services. Weisenthal and his wife thought more parents would like to make decals from photos of their own kids. “The next thing I knew, I’d invested more money than I thought I would,” he says.

In a lucky break two weeks after he officially launched WallMonkeys, the CNBC sports business reporter Darren Rovell stumbled upon the site and called his products the home-run gift of the year, prompting ESPN Magazine to report on them too.

It quickly became apparent, however, why a custom decal service was ahead of its time. Back then, Weisenthal says, “most cell phone pictures weren’t high-resolution enough and people didn’t know how to get the images off their phones. We made no money.”

But when the shoe business started sliding downhill with the economy, Weisenthal had to make a tough choice. He closed the family store, moved to Baltimore “for a change of scenery,” and put all his eggs in the WallMonkeys basket.

For two years, he tried a variety of approaches online to sell custom photos on adhesive-backed fabric. But it wasn’t until he offered customers a choice of stock images, such as animal clip-art, that the business began taking off. Weisenthal had found his niche. He started making deals with stock photography houses. 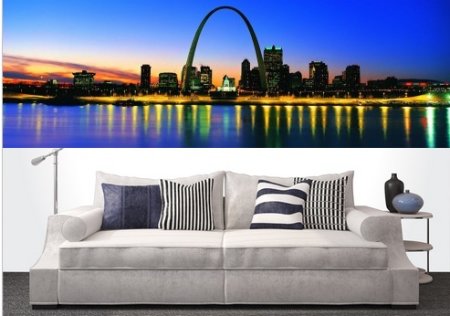 In short time, he grew the WallMonkeys image library to become the world’s largest—more than 20 million photos and illustrations to chose from for stick-on murals or decals in a variety of sizes. Weisenthal says he has deals with the best stock image companies in the world, including National Geographic, Getty Images, and Corbis. Decals as small as 12-inches high or as big as 6-feet tall are priced from $8.99 to over $100. A 4-foot-wide-by-18-inch-high decal of the Chicago skyline, for instance, sells for $29.99. A 60-inch-high mural of Van Gogh’s Sunflowers is $99.99. WallMonkeys has been profitable for three years.

By the time he had four employees reporting to work in his basement each day, he says, “I was confident and could see where we were headed.” He moved the business into a Kensington, Md., warehouse. Today he employs eight people in-house, and contracts with IT and web development providers. 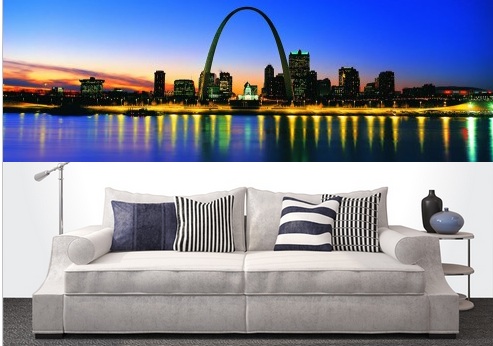 While Weisenthal says there are now “a bazillion people selling wall decals,” the WallMonkeys process sets him apart. “Our printers are the best the industry and we have custom software for managing the images. Everything is done in house, from printing the invoices to setting up and printing the orders. From the time an order comes in till it goes out, we do everything the same way. Orders start at the back of the building and go out the front within 24-48 hours. And we have amazing customer service and easy checkout.”

Perfecting the process, he says, took trial and error, common sense, and improving upon mistakes. “How we built our drying racks and prepped orders and cut out murals with rounded corners instead of pointy edges—that was all improvement over time.”

What’s next? “We’re making money and growing, but at $2 million in revenues, we’re just getting started. There’s so much opportunity,” he says.

In fact, this month, WallMonkeys will introduce a new product line: patterned floor-to-ceiling sheets of wallpaper in a canvas-like texture that is easy to install and remove. Previews already have interior designers excited, he says. And Weisenthal is applying one lesson he learned from the decal business: customers love to have choices. “We’ll launch with at least 1,000 designs,” he says.