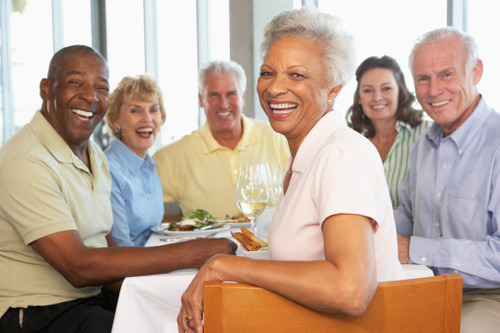 Millions of seniors who have retired or are approaching retirement from lengthy careers still need to work to maintain their families and lifestyles. Others crave the social interaction and sense of purpose employment delivers.

Peter Cappelli, professor of management and the director of the Center for Human Resources at the Wharton School of the University of Pennsylvania, said increased life expectancy and the maturing of the largest generation in American history—the Baby Boomers— will account for increased numbers of older Americans in the workplace. Cappelli, the co-author of “Managing The Older Worker,” said today’s seniors are staying older longer.

“If we think of old age as a period when people are no longer able to work, that group is shrinking,” he said. “Today’s seniors don’t want to just sit around. They want to work and they have a lot to offer.  This trend is not going away.”

He said that small businesses should consider hiring seniors for a variety of reasons validated by research. “They don’t need much training. Business owners don’t have to worry about their conscientiousness and they’re less likely to switch jobs,” he explained.

He said studies confirm that seniors score higher on reliability and interpersonal skills and experience lower rates of tardiness and absenteeism. And he said research dispels several myths: that seniors incur higher healthcare costs and are more prone to accidents. “Because they are older, don’t have babies anymore and have fewer dependents, they have lower healthcare costs. Besides, most are on Medicare.”

Greg O’Neill, director of the Washington, D.C.-based  National Academy on an Aging Society, said research lags behind on some trends surrounding the employment of seniors.

“We know anecdotally that turnover is lower among senior workers and that some jobs are performed better by people with experience,” O’Neill said, while pointing out that changing ergonomics in workplace and to accommodate older workers has shown increases in production. “Someone transitioning out working with new engineers and sharing knowledge can be very effective,” he said. Most companies don’t think about all the knowledge walking out their doors. But they should.”

O’Neill said that one of the benefits of older age is that people move into positions using crystalized versus fluid intelligence. “That’s code for experience,” he said. He added that small businesses can benefit from hiring seniors in customer contact positions. “People don’t get as angry at older people,” he said. “They’re less likely to shoplift around them.” And in sectors like financial services, he pointed out, high wealth clients are more likely to trust someone with experience closer to their age.

Ken Rone, 65, a retired vice president of manufacturing who lives in Vancouver, Wash., said he’s hired and worked with hundreds of older employees in his nearly 40 years in industry. Rone said a 2014 U.S. Bureau of Labor Statistics report found the median tenure of all U.S. employees is 4.6 years. He pointed out that employee tenure was generally higher among older workers than younger ones, with the median tenure of workers ages 55 to 64 (10.4 years) more than triple that of workers ages 25 to 34 years (3.0 years).

So senior workers are more likely to stay longer and not jump ship as quickly. In addition, he noted that seniors have longer track records for prospective employers to review. He said it’s easier to check references and the document trail for older employees is more robust. Small businesses can reference previous employers and contact more colleagues to gain a better view of senior employees in the interview process than their younger counterparts. And older employees know what it required to be a viable, stable employee.

“They’ve seen the slackers and unreliable employees and understand what to avoid and how to succeed: be neat, respectful, don’t gossip, keep your nose to the ground and do the job.”

Michael Sarka, 70, a retired small businessman and now a SCORE Counselor in Santa Cruz, Calif., agreed. Sarka works for a small business tourism attraction, the Roaring Camp Railroad in nearby Felton. The railroad is a steam engine that takes tourists into the mountains and to the beach.

“We find we have very good and reliable older employees who show up early, get the task done and exceed our employer’s expectations.”

Sarka, who grew up on a farm, said most seniors were raised with a strong work ethic. “I think that’s something that benefits our company and most of all, the consumer, because we’ve lived in this community and are knowledgeable about what’ going on and are able to communicate that to the tourists who visit us.”

Sarka owned a small tourism consulting company with his wife and previously launched an outdoors adventure firm, hiring many seniors. He said older employees bring patience to their jobs. “They take the time to listen and act on what they’ve heard,” he explained. “That makes a strong connection to customers.”

“Call them experienced people. They like to think of themselves in the prime of lives,” Fishman said. “Baby Boomers in particular need the money. Many have not saved appropriately for retirement and some may have to work till the day they die. Though they may need the work, they appreciate flexibility. That gives them the freedom they want and some extra money.”

She said many younger people have lost the ability to read facial and word cues. “They’ve been looking at screens and not people’s’ faces,” she said. “But Baby Boomers are really good at reading facial expressions and vocal cues. They’re really good at listening. The best thing is when you can achieve a generational mix. Young people usually have stronger technology skills and Baby Boomers have strong people skills, crave social interaction and are very work-oriented.”

Laura Bos, manager of education and outreach and financial security for the advocacy organization, AARP, said many AARP members are still working, want to work and may even need to work.

“So they want to remain in the work force and we think they are a great asset for employers large and small,” Bos said. “Older workers have a certain level of maturity, and especially with companies needing strong customer service, they tend to be ranked and valued highly. They bring professionalism and great work ethic and are often lauded for critical thinking and problem solving skills.”

Bos said that older workers tend to have higher levels of engagement—emotional and intellectual involvement with their company— and are motivated to do their best work. “You could say they’re more loyal and involved with their company and invested in wanting their company to do well, which can lead to less turnover,” she said. “And turnover costs employers money.”

This story was produced with support from the Journalism in Aging Fellowship Program of the Gerontological Society of America and New America Media and was sponsored by the John A. Hartford Foundation.