With the first wave of baby boomers reaching retirement age, impacting everything from the available workforce to rising demand for health care, senior services have become big business.

A National Health Statistics Report released last year noted that in 2007—the most recent year for which data has been compiled—more than 1 million men and women age 65 or older received home health care services each day; and the number is predicted only to increase in the next 10-15 years.

Home Helpers, the flagship brand of Strategic Franchising Systems, is poised to be a dominant player in the North American home health care market, which a recently released Markets and Markets study said will increase in market value from $90.9 billion in 2012 to $130.4 billion by 2017.

Founded in 1997, Home Helpers has been offering franchisees an opportunity in the senior home care market for more than 15 years. It recently added medical services to its menu that already consisted of non-medical and personal care services for seniors, new moms, working parents, people recuperating from illness or surgery and those needing long-term care.

The expansion of services to include medical has positioned Home Helpers to compete strongly with other franchise systems that provide in-home care.

“Only in the last couple of years have we transitioned our system to include medical,” says Home Helpers President Emma Dickison. “Most of the franchise concepts in the space do one or the other—medical or non-medical—not both.”

Services are provided by experienced caregivers in a variety of settings, including homes, hospitals, nursing homes and retirement communities from one hour per day to 24-hour care.

The company’s other differentiator is having its own medical monitoring system for clients called Direct Link. While the proprietary Personal Emergency Response System that monitors vital signs and medication is a separate franchise under the Strategic Franchising umbrella, Home Helpers partners can offer the service when they sign a franchise agreement. It becomes a supplemental business with its own revenue stream.

While all franchisees offer non-medical companion care, they may choose the other services they wish to provide, perhaps waiting to transition to medical care at a later date. 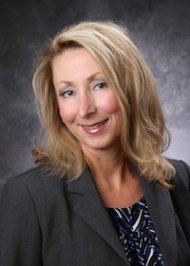 Dickison has some 20 years of experience in franchise management. She is a certified senior adviser, a certified franchise executive and joined Home Helpers in 2007, having worked previously in building two other top franchise brands. She served as vice president of operations for Sylvan Learning Center and is the former national director of franchise operations for Blockbuster.

She hopes to build Home Helpers into an iconic brand, leveraging the company’s longevity.

“There are a lot of newcomers to this space. We have 16 years and that is a big key to who you want to align yourself with as a franchise owner,” she said.

Under her direction, Home Helpers has been ranked the No. 1 Senior Care Franchise and “Best of the Best” by Entrepreneur magazine for five consecutive years.  The company has more than 600 units in 41 states and continues to grow.

The suggested Liquid Capital Required for franchisees is $39,500; overall initial investment estimates range from $61,500 to $120,800, including a franchise fee that ranges from $39,900 to $45,900. Each franchisee might hire anywhere from 10 caregivers to 250 as employees, depending on the unit’s size and services.

Home Helpers is recognized as one of the leading home-based franchises, but as individual owners gain more experience and clients and add additional services, it’s not unusual for them to move into office space, Dickison said. New recruits come from all professions and stages of life, she added.

“We have owners from every type of background: stay-at-home moms, RNs, police officers, former executives from Fortune 500 companies. This is a relationship business. This is a very personal business.”

Regardless of experience, franchisees are provided rigorous training as well as ongoing educational programs. Once they have gone through a pre-training Jump Start program, as well formal training at the Cincinnati headquarters, franchisees are also provided with a slew of marketing tools to help them get the business underway.

With an in-house marketing team, Home Helpers supplies its partners with TV ads, radio spots and a complete mix of traditional and non-traditional marketing materials.

“There are literally hundreds of marketing tools available for our franchises,” Dickison said.

Meanwhile, some individual owner/operators like to institute programs on a local level to attract new clients, she said. They have done everything from bringing dogs to a nursing home for pet therapy for the residents, to partnering with big box stores to bring computers to a nursing facility to be used by the patients.