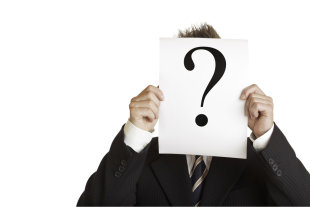 The people you hire can make or break your business – but so can the way they’re employed. There’s a big difference between hiring a full-time employee and working with an independent contractor, and businesses have been called out before for getting the two confused. While the role of an independent contractor can’t be defined (it is not in itself a job), the way these workers are paid matters. The IRS in particular will be very interested if you’re classifying your workers incorrectly, and you may face legal repercussions if you wrongfully misclassify your employees as independent contractors.

So why would a small business owner classify workers as independent contractors when they are, in fact, employees? While employees’ wages are taxed for Medicare, Social Security and unemployment, businesses have no legal obligation to withhold tax and Social Security payments for contractors. Employees are also covered by more extensive discrimination laws at both the state and federal level, can qualify for health and other benefits, such as workers compensation.

Independent contractors, quite simply, are cheaper and easier for businesses.

This does not mean that all workers can simply be treated as such, however. The IRS is watchful of misclassifications and has certain criteria it uses to determine if a worker is truly an employee or an independent contractor. Just because a business says a worker is a contractor does not mean it’s true.

The issue of ‘control’ is key in determining how a worker is classified. The more control a company or business has, the less likely it is that a worker is an independent contractor. The clue’s in the name; independent workers are attached to companies for single or temporary projects and have a large amount of freedom. The manner in which work is done, and whether the company trains the worker, are factors in determining whether an employee is a worker or independent contractor. If the IRS rules that the behavior of a worker and the way a company directs that individual indicates an employer-employee relationship, businesses can face fines if they have misclassified their workers.

Does the worker feel that they are free to take on other tasks, to direct their own projects, and to act largely without oversight? Equally, how does the company see the worker – as a key member of the team or an outside helper working on a specific project? How both sides view the relationship is taken into consideration when making the distinction between an “employee” and an “independent contractor”.

The long and the short of it is that if you, as a business, have the right to control how a work task is done, the worker is an employee. If an individual uses their own equipment, or owns necessary equipment that the company does not, they’re more likely to be an independent contractor. Equally, if a worker could choose not to come into work without fear of reprisals or losing their job, they’re acting far more as an independent contractor than an employee.

When in doubt, business owners and workers can ask the IRS for a determination on an individual’s employment status by filing Form SS-8, Determination of Worker Status for Purposes of Federal Employment Taxes and Income Tax Withholding.

As long as the relationship is well-defined and both parties understand the nature of the job, using independent contractors can be a great way to utilize the expertise and skills a company may lack. Employees, however, give a company stability and the ability to guide the direction of individuals’ work. Used together, both types of workers can be a fantastic asset to new and established companies alike.