No one has an unlimited advertising budget, so the selfless route is often a hard sell. After all, with only so much money to spend on marketing, why would you give your time to someone else? Before you toss the idea out the window for good, you may want to consider the different ways to apply selfless marketing to your company and how these techniques could boost your business beyond your wildest dreams.

The levels of selfless marketing are easily defined. The first is a simple give and take. Your customers want to know you hear them, and you can give them that reassurance. The second tier requires a bit more faith in marketing karma. Giving up your ad space for someone else is never easy, and trusting they’ll repay you is even harder. The final tier could earn you marketing sainthood if you play your cards right, and that’s what we’re all going for. Let’s break down the gifts you could give so you can find your comfort level.

Social media has changed the face of marketing, and most companies are right on board. Twitter and Facebook have become staples of most marketing departments, with 59% of marketers spending six hours or more each week on social media, according to Social Media Examiner. There’s nothing new to see here. Except… You may not be getting the most out of your marketing if your line of communication only goes one way.

Social Media Examiner also reports marketers struggle with lead generation on Facebook. This could be because the general public doesn’t want its social media time to be tainted by pushy sales pitches, but statistics show this isn’t true. In fact, State of Inbound Marketing says 79% of American social media users prefer to learn about brands through Facebook. If Facebook itself isn’t the problem, what is?

Try this stat on for size: “Likes” and comments decrease by 70% on auto-posts, according to a 2012 infographic on Digital Buzz Blog. That’s right. The moment you stop engaging and start scheduling auto-posts, you cut your interaction by 70%. Your customers and potential customers want to talk to you, and they’ll go somewhere else if you don’t keep up your end of the conversation.

What about Twitter? Have you been scheduling your tweets for auto-post and wondering why you don’t generate any leads? Perhaps you should take a lesson from one of the most popular companies in America. If Taco Bell has time to answer Tweets from consumers, you do, too. Check out this interaction from January:

In this case, Taco Bell was the first to make a move by following model Christine Teigen, a confessed Taco Bell lover, and reaped the benefits when she Tweeted to say thanks. With one simple Tweet, Taco Bell reached over 192,000 followers with selfless marketing. Even if the interaction ended there, the food giant would still have reaped enormous benefits with just the smallest effort.

The first step of selfless marketing is to make that time to engage your audience. Answer Tweets. “Like” Facebook posts. Answer comments on your blog. Yes, you’ll take time out of your busy schedule to do so. Yes, you’ll probably lose valuable time that could be spent elsewhere in the company. Yes, you’ll probably feel like you’re beating your head against the wall. But when you see your sales climbing as a result of giving your precious time, you’ll be a believer.

Let’s be honest. Who has enough money to give over advertising space for free? No one. That’s why you have to turn your selfless marketing around to benefit you. There are dozens of ways to share your space with someone else. The easiest and most common way is a random Tweet giving a shout-out to another company.

Again, let’s take Taco Bell under consideration. After all, the members of its social media team have shown enough love to deserve a bit in return. When they followed Christine Teigen and she in turn sent a Tweet to her followers for their trouble, they got exactly what they needed. Nothing else was required, but others jumped in to give Taco Bell an even bigger boost:

Barry Sanders, football legend and prolific Tweeter, congratulated Chrissy and spread the Taco Bell love to his 205,000 followers and included Whole Foods in the fun. It’s the gift that keeps giving! And because Taco Bell is a firm believer in marketing karma, it didn’t mind at all when this happened:

What did these two companies have to do to get this kind of exposure? Not a lot. A simple response and a nod to others.

You can make this model work for you even if you don’t already have millions of followers. Consider your blog space on your website. How hard would it be to allow another company space for a guest post? You may lose out on your own marketing time, but you gain so much more. First, you get free content for your blog, which is hard enough to come by. Next, you’ll enjoy fans of the guest’s company visiting your site for the day. If your own content is exciting enough, those new visitors just might stick around for your products, too.

What else can you get out of allowing guest blogs? Well, you can benefit from SEO, especially if the guest blogger links back to your site from his or hers. Each blog you post results in another indexed page for Google to search. Impact Brand and Development tells us that a site with over 300 indexed pages sees traffic generation increase by 236% as a result of searches. The karmic return is obvious.

Nothing speaks to potential customers like charitable work. Some of the biggest companies in the world have managed to turn their outgoing funds into big returns. Take TOMS for instance. This forward-thinking company founded by Blake Mycoskie provides a pair of shoes to shoeless children in Argentina for each pair purchased. Make no mistake; TOMS is a for-profit business entity. Their model does provide shoes for the less fortunate, but those buying will pay a pretty penny. However, if you saw even one of the millions wearing TOMS in 2011 and 2012, you can’t argue the marketing worked. Its 2 million Twitter followers and nearly 2 million “Likes” on Facebook show that consumers wholeheartedly agree.

Since we’ve shown some love for Taco Bell, and we’re certain it’ll love us in return, we’ll include its Taco Bell Foundation for Teens. Its mission is to inspire teens to graduate high school and learn how to give back to their communities. The company has donated more than $30 million to various programs that support the same mission. Yes, Taco Bell wants to turn a profit, and the company does so by letting consumers know that when they order a Doritos Locos Taco, they just might be doing some good in the world.

If you’re not in a position to seek marketing sainthood, you can start building good karma on a lower level. Give a shout to someone on Twitter this week and watch your ReTweets and Favorites come rolling in. When you’re ready to kick it up a notch, offer a company you admire a spot on your blog. It won’t take you long to work your way up to some serious returns on your investment of both time and money. 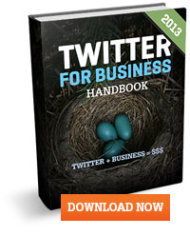