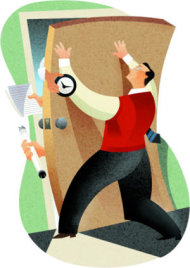 Shutter SBA ImageA debate about the wisdom of folding the U.S. Small Business Administration into the Department of Commerce has been simmering ever since the idea was proposed by President Reagan nearly three decades ago. The notion has remained on a back burner even with the current administration, as President Obama appointed SBA Administrator Karen Mills to his cabinet as part of a broader plan to merge SBA with several other agencies, but then failed to appoint a new administrator after Mills departed last August.

A year ago, we reported here on some small business advocates’ stances on the folding SBA into Commerce (hint: they’re vigorously opposed). And now a new proposal has brought the conversation back to a boil.

In late December, Senator Richard Burr (R-NC) proposed legislation to form a single Department of Commerce and the Workforce that would encompass the functions of the Departments of Labor and the Commerce. One of five undersecretaries at the newfangled department would oversee all things small business, including the SBA.

In a press release, Burr said his proposal, which is cosponsored by Republican senators Dan Coats (Indiana) and James Inhofe (Oklahoma), is a “common sense approach” that would eliminate redundancies and save “staggering amounts of money every year.”

Burr said that a Department of Commerce and Workforce would:

"…be better positioned to promote economic growth and workforce protections. The Department would preserve the independent functions of both agencies and would not make changes to specific policy. In addition to combining Commerce and Labor programs and offices with substantially similar missions, the bill would combine the support and administrative offices of the two agencies and would eliminate wasteful and duplicative programs, according to recommendations from the Government Accountability Office (GAO) and Office of Management and Budget (OMB).

The bill will also implement the Bowles-Simpson Commission's recommendation to place the Small Business Administration (SBA) with the Department of Commerce in the new consolidated agency."

Some see the bill as the death knell for SBA. The National Federation of Independent Business reported on its website this week that “some elements of the small-business community reacted very negatively to the proposal,” seeing it as a move that would force small business interests to take a back seat to those of large companies served by the same department. But NFIB reported that its North Carolina director calls Senator Burr a “top ally of small business.”

At McClatchyDC Renee Schoof reports that, while some small business advocates worry that Burr’s plan would eliminate SBA altogether, a spokesman for Burr claims the arrangement would actually “elevate” the interests of small business in the executive branch. And J.D. Harrison, small business reporter at theWashington Post, this week quoted American Small Business League president Lloyd Chapman, who says the merged department would “close the only tiny agency in government to assist the 28 million small businesses that are responsible for over 90 percent of net new jobs in America.”

On Fox News, Chapman called Burr’s proposed bill “the worst idea in the history of America” and described the elimination of the SBA as a power grab by Fortune 500 defense contractors to end federal programs for small businesses.