Deanna Jump is a 43-year-old kindergarten teacher who earns less than $30,000 a year. But this year, she says she has made $1 million. Yes, really. How? TeachersPayTeachers.com (TPT), the online marketplace that allows teachers to sell lesson plans to other teachers. Jump became the first teacher on the site to earn more than $1 million on the site by using selling her lesson plans focused on teaching kindergarteners."Teaching is a hobby for me now," Jump says. "I've made way more on TeacherPayTeachers, obviously. I don't need to teach anymore, but teaching is my passion. I cannot imagine not teaching."Jump is TPT's biggest seller by a wide margin. According to TPT founder Paul Edelman, the site currently has 15,000 users uploading lesson plans, 10,000 of whom are selling them. Two users have sold more than $300,000 worth of materials and more than twenty have sold more than $100,000 through the site."We're totally stunned," Edelman says. "This trend began in 2010 when Deanna earned around $27,000 in the last quarter of [the year]. We thought it may have been an anomaly, but it turned out it was just the beginning. This quarter, she'll make around a quarter of a million dollars."So what makes Jump's plans so popular? "They're well-designed. They are packed with highly creative, well thought out, effective activities for five year olds," Edelman says. "And, she's a great and savvy self-promoter and marketer of her materials."Central to Jump's marketing strategy is her popular blog about teaching–aptly titled Mrs. Jump's Class–that she uses to promote her lesson plans. Jump's plans range in price from free to a $100 packet of posters for teachers to use for an entire school year. Her profile page shows she has more than 17,000 followers on the site and a perfect user rating of 4.0. When Jump uploads a new resource unit, her followers receive an email notification."I can post something and within an hour it's selling," Jump says. 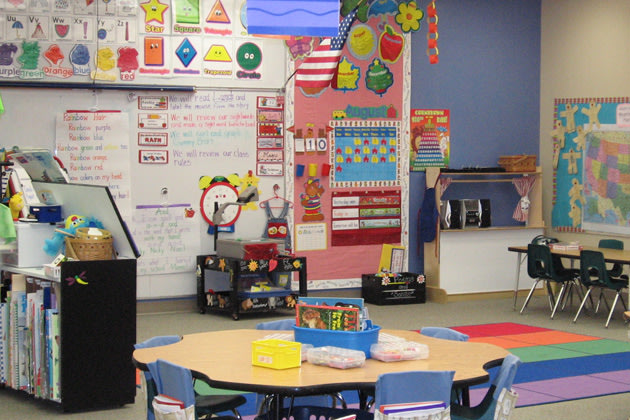 TPT offers two memberships, a free version and a premium subscription for $59.95 per year. The site takes a 40% commission on all sales made by free users, but only 15% on plans sold by premium users.Edelman, a former New York City middle school English teacher, founded TPT in 2006 as a way to help teachers save time when making lesson plans. While similar sites encourage teachers to share lesson plans for free, Edelman thought that allowing teachers to earn money would produce higher quality lesson plans and incentivize more potential users.He sold the company to Scholastic for around $500,000 shortly after founding it, only to buy it back at a discount in 2009. TPT will process approximately $30 million in lesson plan transactions this year, Edelman projects.Read more:Beware the VC Fad FactorAirbnb to Raise $100 Million at $2 Billion Valuation?The Secret Trouble With Selling Your Business