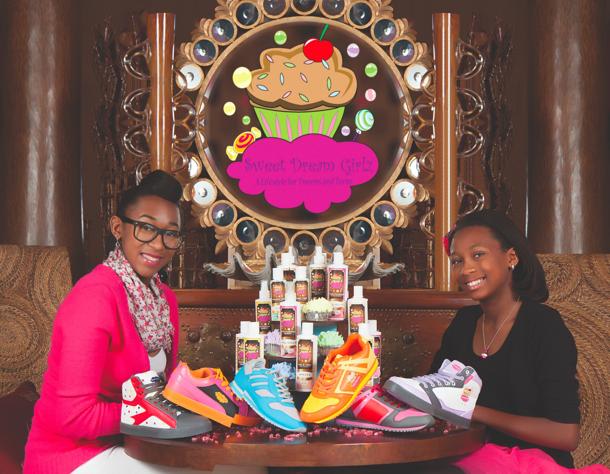 Halle Holmes was 10 years old in 2010 when she came home empty-handed and aggravated after a trip to the local mall. As hostess of an upcoming spa party, she had her heart set on finding all-natural beauty products in fun fragrances that her girlfriends would like and her sensitive skin could tolerate.

“We didn’t want to smell like lavender and sweet pea. We wanted something youthful smelling,” she says. Downright indignant that no such product existed, Halle says she turned to her teenage sister Brea and said, “Why don’t we start our own?”

As the saying goes, necessity is the mother of invention. The Holmes sisters began researching their idea online, tapped their family dermatologist for advice, and sent their mom out to investigate a few cosmetics manufacturers they identified.

With $6,000 in startup funding from their parents, Halle and Brea officially launched their beauty products business the same year. Named Sweet Dream Girlz for a favorite Beyonce song, the Holmes’ line of moisturizers, cleansers, lip balms, and hair products are paraben- and talc-free, feature shea butter and natural oils, and come in “yummy” scents like Pink Sugar and Iced Lemon Cookie. From sales online, at trade shows, and in specialty stores nationwide, the business generated more than $25,000 in revenues its first year, and $42,000 in 2012. According to mom Lisa Holmes, Sweet Dream Girlz is profitable, but all income goes right back into the company to support marketing and new product development.

The young entrepreneurs—now 13 and 19—have been featured in USA Today, Tigerbeat, local television news, and various other media. They were invited to the 2012 Nickelodeon Kids Choice Awards where their products were featured in the swag bags. And they’ve made it to the final casting call for season 5 of ABC’s Shark Tank. 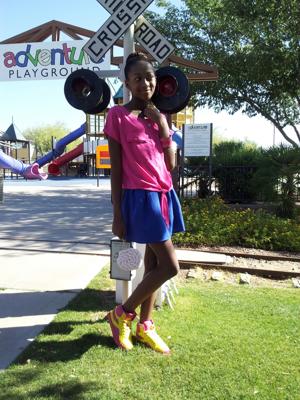 Halle Holmes in Sweet Dreams Girlz apparelDespite all the exposure, however, buyers at major stores including Dillard’s, Nordstrom, and Justice have turned them down. So have big beauty brands Ulta and Avon. “The typical response is that they haven’t carried it before, they’re skeptical they can move it in their stores, and they want you to come to them with big sales volume numbers before they’ll try,” says Lisa Holmes.

But the sisters are confident those buyers are missing out on a big market. Tween and teen girls are consumers of spa and beauty products, they say. The only reason they don’t buy products specially made for them is because they’re not available, they say.

So, they figured out how to reach that market themselves. This week they introduced Spa Diva, a network-marketing program that sells a $350 “mobile spa kit” to their business-minded peers. Girls as young as 16 can purchase the kit and earn commissions hosting in-home mani-pedi parties and taking orders for Sweet Dream Girlz products from their friends. The kit includes manicure, pedicure, and facial supplies, party-hostess advice, and a “business resource CD,” that tells how to make a professional presentation, talk about the products, and engage with customers.

Brea, who was in high school when Sweet Dreams Girlz launched, will start her sophomore year at Woodbury University in Burbank, Calif., this fall. In addition to her studies in fashion design and marketing, she dedicates about four hours a day to the business, including video-chat meetings with her sister at home in Phoenix.

What’s next? The girls have already expanded their brand to tackle another shopping frustration: Why aren’t sweet, fun fashions like the ones Taylor Swift and Victoria Justice wear available in girls’ sizes 7-16? They designed and are now wholesaling a line of Sweet Dream Girlz apparel, sneakers, and accessories. They hired a sales rep with a showroom in the Atlanta apparel mart to raise awareness of their brand, and, says Halle, “We just finished the photo shoot for our spring 2014 line.”

Start your own business online

How to Brand your Business