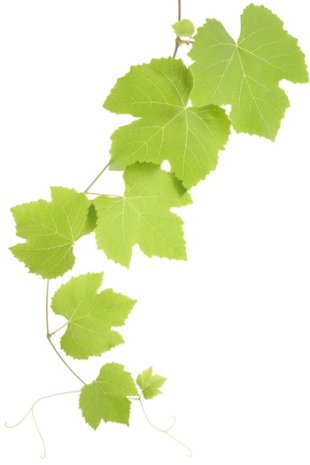 Vine is Open for BusinessToday marks the 1 month anniversary of the new mobile app, Vine.  Since its release, it has received a lot of buzz as well as dealt with a variety of issues.  Businesses did not hesitate to jump onto the app for marketing purposes, while amateur users haven’t been shy about testing it out for…other reasons.

Introduced to the world by Twitter, Vine is a simple video capturing application that allows users to film quick 6-second looping videos by holding their thumb on the capture-frame. The looping quality of the Vines results in something very similar to a GIF, while the ability to capture and share moments on Twitter or Facebook makes the app very similar to Instagram.

In fact, Vine is considered to be to Twitter what Instagram is to Facebook.  And as such, the snappy in-one-ear-out-the-other characteristic of tweets has been transferred into video form with Vine.  The quick-snippet format is a great tool to have for stories that can be summarized simply in 6 seconds, but so far it has mostly been used for fun and games (and in one case, for a resume).  Of the “Editor’s Pick’s” that top a users Vine feed, the best vids have made creative use of the loop-function, or the easy stop-motion capabilities.

Another result of Vine being an extension of Twitter is that while users can post Vines to their Facebooks, they can’t search for contacts through their Facebook friends. This is directly related to Twitter’s restrictions which disallow Instagram users to connect with their followers via Twitter.  A statement from Facebook implied that Vine was guilty of replicating Instagram’s “core functionality.“ by stating in 1.10, “You may not use Facebook Platform to promote, or to export user data to, a product or service that replicates a core Facebook product or service without our permission.”  A resolution is unlikely given the 2 mega social-media sites’ ongoing battles to top social site rankings.

Although Vine is still only available to iPhone users, the increase in the number of Vines showing up on Twitter feeds makes it something to keep an eye on.  While it is still so new to the scene, most every creative Vine vid is getting recognition – but, that means so are all of the bad ones. If your business deems this mobile application’s capabilities fitting to your brand image, by all means, try it out! In order to get the most out of the platform, here are a few guidelines to get you started:

If you’re going to use Vine as a promotion, it can’t be a straight sell. It has to be more of a tease. “Look what we’ve got in the works but aren’t going to show you, yet…” If you do show what you’re selling, make sure there is another point of interest, like:

Use your 6 seconds to create and resolve a conflict. Keep in mind that your story will loop, so it needs to make sense to a viewer who could come in at any point. Don’t try to tell a story that needs more than 6 seconds.

Make use of the motion and multiple scene capabilities. This is not the medium for Panoramas. If you can think of a creative way to splice your video to give it an awe-factor then this app was made for you.

Vine is an exciting new tool that can be leveraged to generate real results for your business, but if you are on the fence about it, don’t feel pressured to be an early adopter just so you can say you lead the pack. Like any mobile application, there will always be updates. Best just to wait it out until inspiration strikes and voila, Vine turns out to be the perfect outlet. When that happens I wish you a rainstorm of views and fruitful growth to your business. Pun intended.

Vine is Open for Business