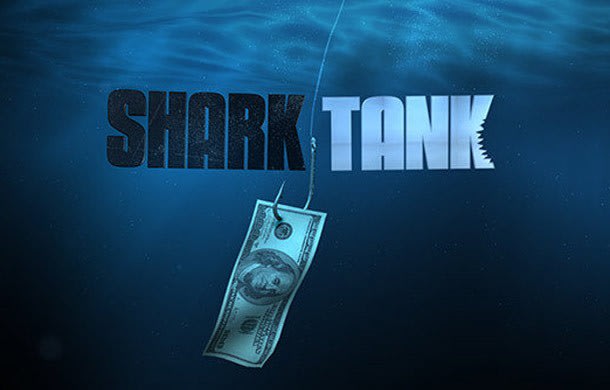 “I have a weird kind of power,” Scott Salyers, the supervising casting producer on ABC’s Shark Tank, admits. Salyers is in charge of casting for the show, which means he travels the country and listens to thousands of business pitches from aspiring entrepreneurs. Ultimately, he decides who gets the chance to pitch to Shark investors Mark Cuban, Barbara Corcoran, Daymond John, Kevin O’Leary and Robert Herjavec.

How does Salyers cull the tide? Here are his behind-the-scenes tips on what he looks for in a pitch and how to make it on the show.

1. Showcase your personality. Again, Shark Tank is a television show. It doesn’t matter how great an idea is – Salyers says he could hear a pitch for the next Uber, but if he doesn't think the founder will perform well in front of the cameras, it’s not going to happen. (Salyers claims he’s passed on multiple now-super successful companies because their pitches weren’t entertaining enough).

Related: How to Get on 'Shark Tank' and Win

“The Sharks invest in the person just as much as the product,” he says, and so your background, presentation style and enthusiasm are just as important as what you’re pitching.

2. Be bold. Very bold. This ties into Salyers previous point: He’s not looking for shrinking violets who will agree with everything the Sharks say. Instead, “we want people who are very strong-willed in their opinion…who can go toe-to-toe with the Sharks and aren’t intimidated by them,” he says.

Confidence that borders on arrogance can make for great television. Salyers points to the Copa Di Vino episode from season 3, in which wine-by-the-glass founder James Martin came on the show for a second time and left the Shark’s money on the table…again. “He was a jerk,” Salyers says, “but all the Sharks got into the position they’re in because they were just like that. They didn’t go the same route as everyone else.”

3. Prepare a short personal story explaining why you started your business. Again, Salyers is casting for a television show: It’s all about the personal narrative. When listening to pitches, Salyers will frequently interrupt and ask: ‘What’s your background?’ or, ‘So how did you get into this?’ He’s looking for a compelling, if condensed, narrative about how your business got started that’s rooted in personal details. Not only does this add a human element to your pitch, but it can enhance its credibility. For example, if you’ve come up with a business aimed at mothers and you’ve raised seven kids yourself, that will resonate with the Sharks because it shows you understand the market, Salyers says.

4. Avoid pitching products for babies or pets. Personality may be the number one ingredient Salyers is looking for, but the product still matters. In early seasons, the producers would occasionally bring on ridiculous business ideas just to see how the Sharks would react – the equivalent of a disaster audition on American Idol — but that rarely happens anymore.

To get on the show, your business plan needs to be viable with the potential to turn a profit. It also helps if its unique, which means if you’re developing “the next Facebook” or if you’re trying to enter the very crowded pet or baby industry, you’re facing an uphill battle. “We want variety,” Salyers. “We want things that no one has thought of yet.”

Related: Pitching a Fashion Line to Investors? Brush Up on Your Storytelling Skills

5. Explain how your product is different than the competition. That being said, it’s rare for an applicant to pitch a product that the producers have never seen some variation of before (remember, they see tens of thousands of pitches a year). Salyers says he's ok with that, but he likes when people are upfront about their competition. Don’t say, ‘There’s nothing like this out there’ if there is. Often, Salyers will do a quick Google search for similar products to the one being pitched during the session.

Instead of denying that competition exists, articulate why you are in an advantageous position to corner the market. Were you there first? Is your design superior? Do you have a patent?

6. Dumb it down. A pitch should be direct and easy to understand. Salyers is not interested in the purely theoretical, the unnecessarily complicated or the long-winded. He wants to know, in as simple language as possible, what the product is, why it will make money and how much you want from the Sharks. If you start using abbreviations (SMBs, B2B and the like), Salyers will have you explain yourself again, without the jargon.

7. Don’t ask for too much. It’s ok if you don’t have any sales yet, as long as you recognize that without them, you can’t value your company at an astronomical price point, says Salyers. “Don’t ask for a million dollars for 10 percent of your company if you haven’t sold anything. You’re not going to get that.”

Related: 4 Things Every Entrepreneur Should Do Before Meeting an Investor

But again, while personality can’t be changed, numbers can. If you’re asking for too much at the start, that’s not necessarily a deal breaker. “There are so many steps to get on the show that we can reel you in,” Salyers says.

8. Be flexible and relax. In earlier season, pitches generally followed a standard routine. That’s changing; “We’re trying to get away from pitches that are obviously rehearsed…we want it to come off more natural, prepared but not so stiff.” To test for this, Salyers will often intentionally interrupt an applicant mid-pitch to see if he adapts, or loses his train of thought.

By this point, Salyers can tell when an applicant has watched casting tapes (which are available online) and while that can be a helpful technique, applicants often fall into the trap of producing a carbon copy of a pitch he’s already seen. Similarly, Salyers says he can immediately recognize when an applicant has rehearsed ‘effective’ interview techniques before the session (common tip-offs include: incorporating his name at the end of every sentence and assuming a power position mid-pitch). It gets old, he finds. “I’ll call them out on it, and ask ‘So which book did you read to prepare for this?’”

Nine times out of 10, natural is better. “I just want to get to know you,” Salyers says.