Skip to table of contents

A Guide to Misinformation: How to Spot and Combat Fake News

Social media has had a dramatic impact on the ways we interact with one another. Social media platforms have connected us to one another in new and impactful ways. Stories and opinions can gain exposure with unprecedented speed, giving individuals around the globe continuous access to a near-real-time conversation about both important and trivial matters.

With the increasing popularity of a wide variety of internet-enabled devices and advanced mobile internet speeds, more and more people are getting involved with social media. Indeed, two-thirds of all U.S. adults use it, and many of us get our news through posts made on social media networks.

Unfortunately, there is a dark side to social media: fake news. Misinformation can influence users, manipulating them for political or economic reasons. How can you spot fake news, and what can you do to combat it? This guide will provide a comprehensive view of the subject and give you the tools you’ll need to address this burgeoning issue. 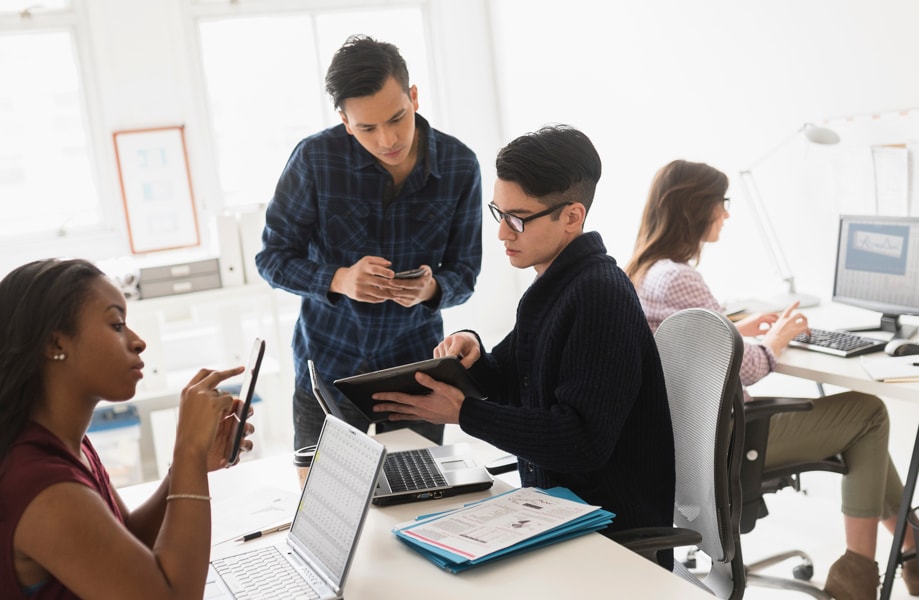 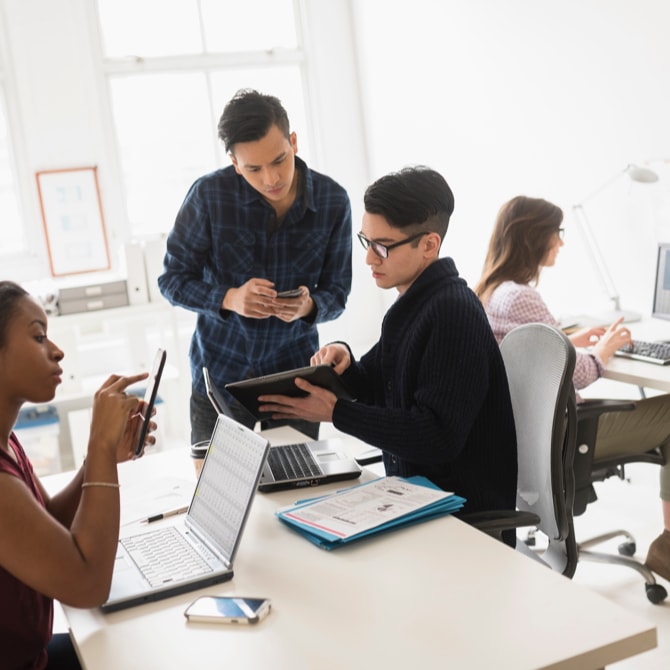 Often referred to as “fake news” in modern times, the term “misinformation” is defined as false or inaccurate information that may be distributed with the intent to deceive those who read it.

Information or opinions that you disagree with may not necessarily constitute misinformation. While the term “fake news” is often used as a pejorative in journalism today, this is a dishonest use of the term; indeed, the practice of calling fact-based reporting “misinformation” based on the premise that it doesn’t align with your political views could arguably be called misinformation itself.

To understand the concept of misinformation, consider a couple of modern examples:

Both instances of misinformation are clearly designed to push a specific agenda, whether that be to besmirch a political opponent or to sell a phony solution to a desperate market. Such content can harm public discourse by influencing individuals to make misinformed decisions when it comes to politics or their personal well-being. Debunking such claims requires careful research, fact-checking, and media forensics. These are only a couple of examples of the countless areas where misinformation can make an impact.

In addition to making sure to never share personal details on social media, it’s important to understand the impacts of sharing potential misinformation. This can take on many different forms, and each can have a negative impact on public discourse by misleading and manipulating readers — whether intentionally or not. Read below for some different types of misinformation on social media, as well as examples of each.

News sources develop reputations based on the quality and consistency of their news reporting, particularly when it comes to fact-checking and presenting a balanced perspective of issues. There are both reliable and unreliable news sources, and it’s important to assess the credibility of a source when trying to determine the verisimilitude of its content.

As you can see, there are many unreliable news sources and different types of misinformation. As a result, social media companies have taken action to combat it.

How Social Media Users Are Contributing to Misinformation

Throughout the past decade, misinformation has flourished on social media. While information on users — including their demographics and internet behavior — is intended to be used by marketers, it can also be leveraged by those looking to spread misinformation. Using this data, fake news can be designed to appeal to a core audience to encourage authentic engagement. From there, the content can gain exposure rapidly, potentially going viral.

In this way, social media enhances the reach of those responsible for misinformation. Each social media network contributes to misinformation in different ways, impacting how people handle issues related to politics, health, and more. 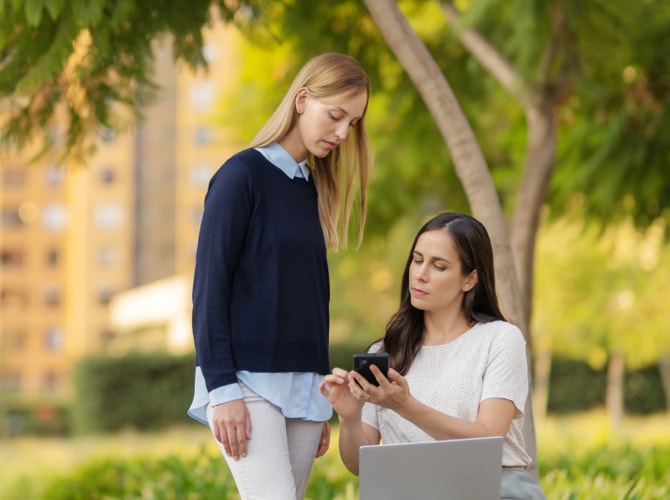 How to Recognize Fake News and Misinformation

How can you recognize misinformation on social media? It often has a clear bias, and it may attempt to inspire anger or other strong feelings from the reader. Such content may come from a news source that is completely unfamiliar, and the news itself may be downright nonsensical. For example, if a news article warns readers of an impending “category six” hurricane looking to wipe out huge swaths of the country, it should be less of a cause for alarm and more of a cause for raised eyebrows; there is no such thing as a category six hurricane.

Once you’ve spotted a suspicious piece of content, look into the publisher and author of the content. Do either have an established reputation? Are they known as trustworthy sources? If not, do they cite their sources — and are those reputable?

Fake news often uses fake author names and bogus sources. If the site has a history of making suspicious claims, or details in the author bio don’t seem credible (or a bio is non-existent), you should treat the content with extreme scrutiny. Check out the site’s “About Us” page for information about the publication. You may notice suspicious details. Cross-reference these details with reputable news sources to determine the authenticity of their claims.

The “About Us” section of the site may even blatantly label itself as parody or satire. For example, one publication that is commonly misinterpreted as a legitimate news site, The Onion, blatantly states, “The Onion uses invented names in all of its stories, except in cases where public figures are being satirized. Any other use of real names is accidental and coincidental.” Obviously, articles from such sites are not intended to be interpreted as factual.

Finally, don’t forget to check the publication date of the content. A suspicious article may not be fake news; it might just contain dated information. To fact-check any claims made in such content, search for up-to-date news on the topic.

In addition to following the above considerations, there are many telltale signs of a fake news story to be on the lookout for:

How to Handle Fake News and Misinformation

Have you found an example of fake news online? Remember fake news is not content that you merely disagree with — it is fabricated information designed to manipulate others. If you are confident that the content fits this definition, be wary about sharing it with others. Sharing it so that you can comment on it isn’t helpful; while this gives you an opportunity to air your grievances, it also further propagates the content. Instead of spreading fake news, your goal should be to ignore and avoid it.

If you encounter fake news and misinformation while browsing your social media feeds, you can take action. If a trending post contains misinformation, you can “hide” it. If specific users repeatedly appear in your feed sharing misinformation or disinformation, block them. If you’ve previously “liked” or subscribed to a page that is churning out fake news, unfollow it. Pruning your feeds in this way can reduce your exposure to manipulative articles and accounts.

On social media, your options for shaping your news feed differs from platform to platform. Below, you’ll find links to explanations of the options you have on the four most prominent social media networks:

It’s vital that you take some time to learn the ins and outs of your news feeds. How can you shape your media diet? Making the effort to do so can dramatically improve your online experience and reduce the influence fake news may have on you.

How to Report Fake News and Misinformation

A Guide to Misinformation: How to Spot and Combat Fake News

How Social Media Users Are Contributing to Misinformation

How to Recognize Fake News and Misinformation

How to Handle Fake News and Misinformation

How to Report Fake News and Misinformation 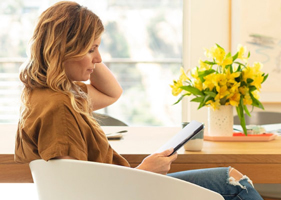 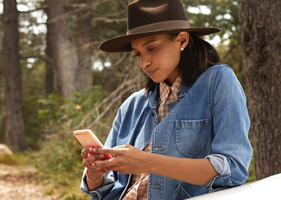 How to Find Your Android Smartphone with 3 Locator Apps 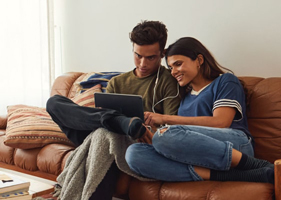 The Future is Now: 5 Ideas AI Took From Sci-Fi

How to Find Your Android Smartphone with 3 Locator Apps

The Future is Now: 5 Ideas AI Took From Sci-Fi