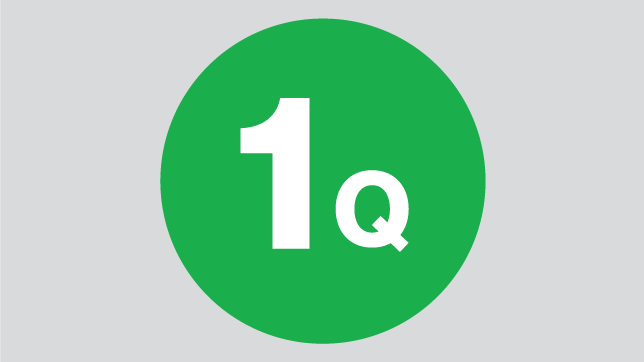 View PDF of this release

“Our first-quarter results again demonstrated that customers value a high-quality network experience,” said Chairman and CEO Lowell McAdam. “To build on our loyal customer base and the third-party recognition we have received for network leadership, we extended our wireless and fiber network capabilities, began offering an unlimited pricing option and expanded our opportunities in new markets. We’re executing on strategies to capture future growth and create long-term shareholder value.”

Cash flow from operations was $1.7 billion during the quarter, including $3.4 billion in discretionary pension contributions. As a result of the contributions, Verizon’s mandatory pension funding through 2020 is expected to be minimal, which will benefit future cash flows and improve the funded status of qualified pension plans.

On April 10, 2017, Yahoo! Inc. ("Yahoo") filed with the Securities and Exchange Commission (the "SEC") Amendment No. 2 to the preliminary proxy statement regarding the proposed sale of Yahoo’s operating business to Verizon Communications Inc. ("Verizon") and related transactions. Yahoo will file with the SEC a definitive version of the proxy statement, which will be sent or provided to Yahoo stockholders when available. The information contained in the preliminary proxy statement is not complete and may be changed. BEFORE MAKING ANY VOTING DECISION, YAHOO'S STOCKHOLDERS ARE STRONGLY ADVISED TO READ YAHOO'S PROXY STATEMENT IN ITS ENTIRETY (INCLUDING ANY AMENDMENTS OR SUPPLEMENTS THERETO WHEN THEY BECOME AVAILABLE) AND ANY OTHER DOCUMENTS FILED WITH THE SEC IN CONNECTION WITH THE PROPOSED TRANSACTIONS OR INCORPORATED BY REFERENCE THEREIN BECAUSE THEY CONTAIN IMPORTANT INFORMATION ABOUT THE PROPOSED TRANSACTIONS. Investors and stockholders can obtain a free copy of Yahoo's proxy statement, any amendments or supplements to the proxy statement, and other documents filed by Yahoo with the SEC in connection with the proposed transactions for no charge at the SEC's website at www.sec.gov, on the Investor Relations page of Yahoo's website investor.yahoo.net or by writing to Investor Relations, Yahoo! Inc., 701 First Avenue, Sunnyvale, CA 94089.

Verizon agrees to $1.05 billion three-year minimum purchase agreement with Corning for next-generation optical solutions
04.18.2017
The agreement calls for Corning to provide and Verizon to purchase up to 20 million kilometers (12.4 million miles) of optical fiber each year from 2018 through 2020.
Verizon Communications to report earnings October 20, 2021
10.19.2021