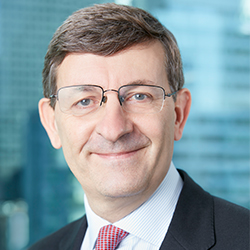 Mr. Colao provides the Board with a valuable global perspective on the telecommunications industry, as well as extensive related operational and capital allocation experience. He has unique insight into Verizon’s wireless business as a result of his five-year tenure on the Verizon Wireless Board of Representatives when Verizon Wireless was still a joint venture between Vodafone and the Company.