Bryn Mooser is standing outside at a film festival with a virtual reality (VR) headset. As people pass by, he gets them to stop for a moment to put it on. The VR footage they are watching shows the aftermath of the 2015 Nepal earthquake.

As more and more people line up to see it, he watches as they remove the VR headset – many of them crying. This is an ‘aha moment’ for Mooser and his whole team. They realize VR has the ability to transport people and move them in ways you just don’t see in more traditional video forms.

At this particular moment in time Mooser and his team already have years of experience in filmmaking. So they are particularly tuned in to how this new format seems to move people.

So it wasn’t until VR that I think we had the power for the first time to really bring people inside of what we were seeing as journalists.

“You have a hard time expressing, as a filmmaker, storyteller or journalist, really the size or the scale or the scope of what you’re seeing. So it wasn’t until VR that I think we had the power for the first time to really bring people inside of what we were seeing as journalists,” says co-founder of RYOT, Bryn Mooser.

But this game-changing moment for RYOT and the ability to recognize the power of the new medium was only made possible through years of storytelling experience. 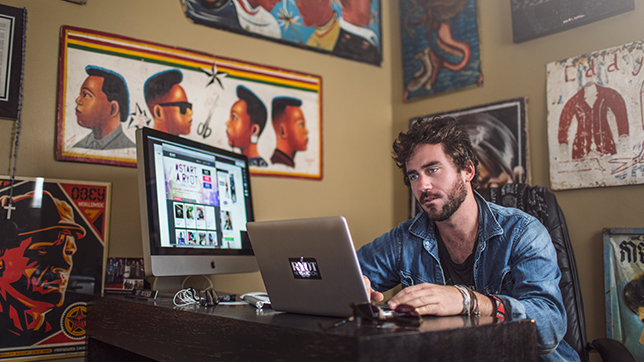 Stories that help others

Mooser started producing stories back in 2010 after the Haiti earthquake hit. He moved to Port-au-Prince as Haiti Country Director for Artists for Peace and Justice to help build Haiti’s largest Cholera center. He also helped build one of the country’s largest secondary schools which now educates more than 3,000 Haitian youth each year.

While rebuilding, he starts to make films with his partner David and puts these films on social media to show the work they do.

Mooser, already a member of the Peace Corps, had a passion for helping others. Bringing this passion together with filmmaking led to the founding principles of RYOT which include: connecting people, telling stories to improve the world and exploring the newest technology to do so.

We're at our happiest, at our most fullfilled when we're being of service to something. I've strived to always be of service to other people by helping tell their stories…

The stories RYOT produces, “…were stories not of war and famine and tragedy, although they were often set against those backdrops, but they were the stories we saw of resilience and hope and inspiration,” says Mooser.

After discovering the power of VR, RYOT produced more than 80 VR films. It was during this time that Verizon’s AOL, which became part of Oath, took notice and acquired RYOT as an immersive content studio.

"We're at our happiest, at our most fulfilled when we're being of service to something. I've strived to always be of service to other people by helping tell their stories, helping try and raise money for important causes all over the world. Or of service to a mission – like how do we continue to use new technology to radically reshape how storytelling is done or even who storytellers are."

Since becoming part of the Oath family, a subsidiary of Verizon, RYOT has been helping pioneer how we use new technologies to innovate using video, and more specifically mobile video.

…readers could hover their smartphone cameras over the cover of Sports Illustrated and bring it to life showing 360 video and VR clips of what it’s like climbing up to the top of Mt. Everest.

In one example, for the first time ever, they helped apply augmented reality (AR) to the cover of Sports Illustrated. Using Verizon technology, and VR/AR platform technology from Verizon-backed Envrnmnt, readers could hover their smartphone cameras over the cover of Sports Illustrated and bring it to life showing 360 video and VR clips of what it’s like climbing up to the top of Mt. Everest. 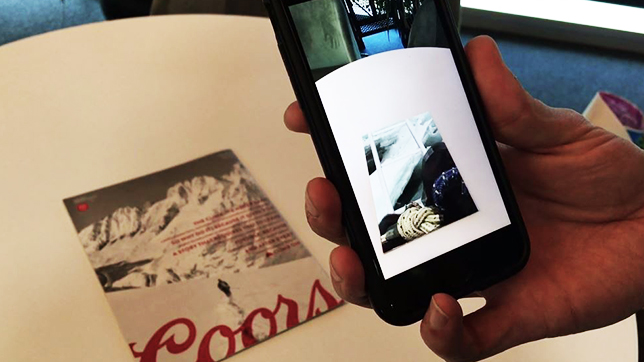 Readers hover their smartphone cameras over the cover of a recent Sports Illustrated magazine to see it come to life using augmented reality (AR) and 360 video clips of a Mt. Everest climb.

“At RYOT’s core is impactful storytelling that highlights the beauty of humanity and inspires viewers to take action,” said Mooser.

Bryn Mooser is an Oscar-nominated filmmaker and has co-directed and produced 10 award-winning documentaries, including Body Team 12, about the 2014 Ebola outbreak in Liberia. He was also named one of Esquire Magazine’s “Americans of the Year” as well as a “Hollywood Maverick” by Details Magazine.

In the most recent evolution of RYOT, Verizon subsidiary Oath announced today that it has unified and expanded its content marketing initiatives under the newest division of RYOT, RYOT Studio. Capabilities formerly available through Partner Studio by AOL and Yahoo Storytellers are now also fully integrated into RYOT Studio. 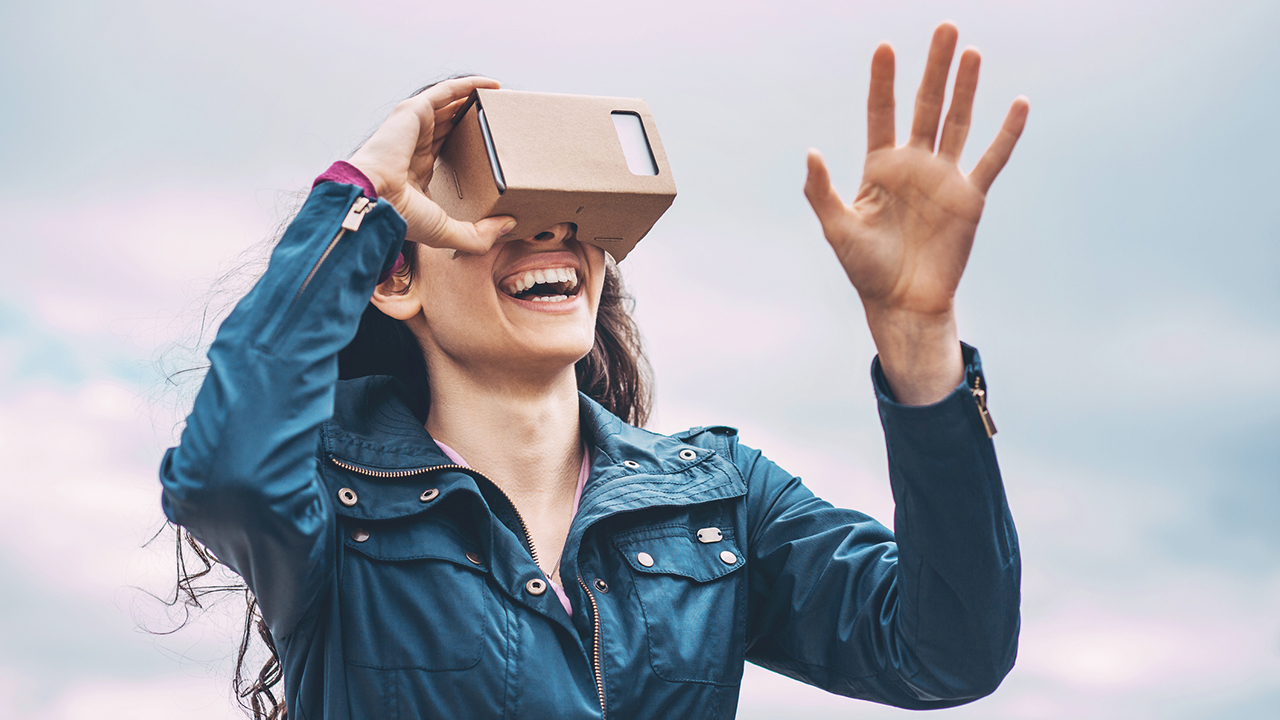 Virtual Reality emerging before your eyes
12.05.2016 | Personal Tech
Even though VR can improve in many ways, it can be an amazing experience in its current form. There are a growing number of options out there to try. 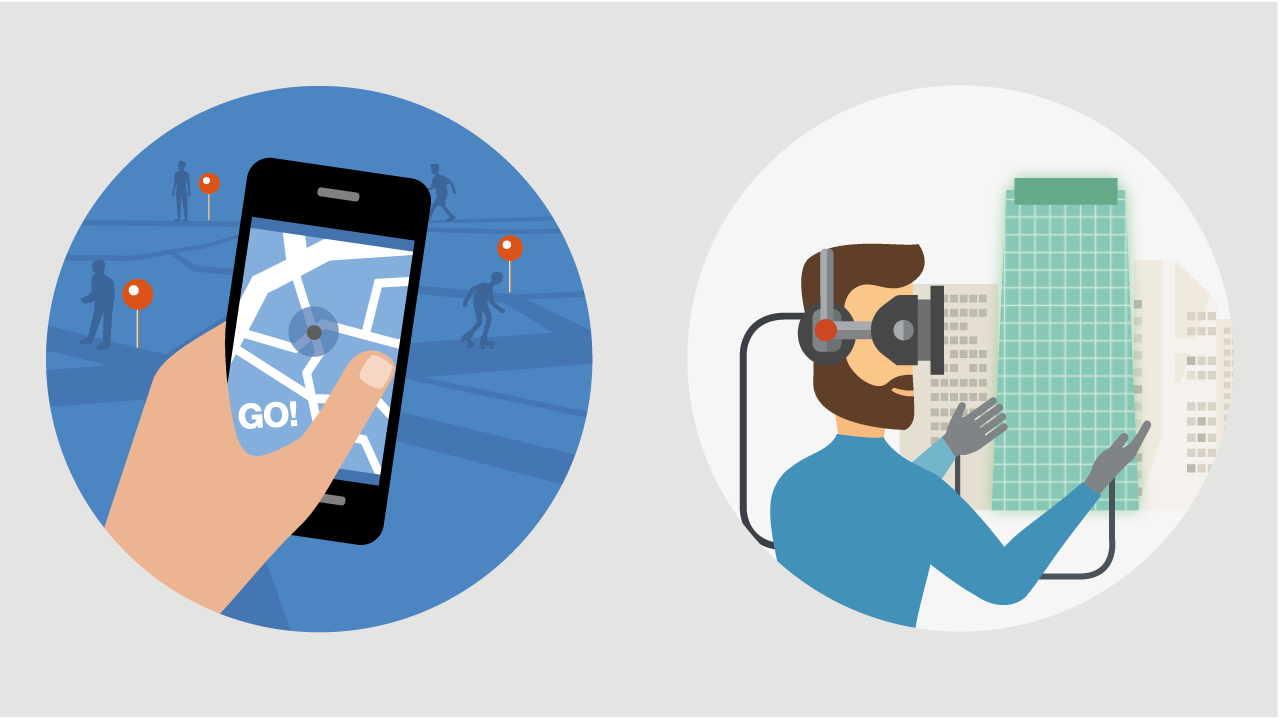 Observations on Augmented Reality
12.19.2016 | Personal Tech
Augmented reality is different from virtual reality and has its own challenges and opportunities – all of which come with questions and issues about the impact on our lives.