An up-and-coming rapper from Annapolis, Maryland rhymed his way through four rounds of emcee battles at Verizon’s #Freestyle50 Cypher last Saturday to be named the winner of the #Freestyle50 Challenge, a national talent competition in search of the best freestyler in the nation. After defeating six other finalists from across the country, Tre’ Da Kid, 29, walked away with a single deal with major hip hop label 300 Entertainment and a $10,000 grand prize. Tre’s debut single will be produced by London on da Track while all seven finalists will have an opportunity to open for 300 Entertainment artists at an upcoming tour.

This is seriously a dream come true...

Inspired by Verizon’s 7GB for $50 prepaid offer exclusively at Walmart, #Freestyle50 was launched in November in partnership with 300 Entertainment to create a platform for emerging artists to not only showcase their talents, but celebrate themselves and build upon their careers. To enter, rappers were asked to post a video of themselves freestyling to Dae Dae's 'Spend It' to Instagram or Twitter.

"The #Freestyle50 Challenge has given me the chance to discover some truly amazing talent," stated Co-Founder of 300 Entertainment Kevin Liles. "Tre impressed the judges with his delivery, showmanship and off-the-dome creativity. I’m looking forward to hearing what he and London cook up in the studio.”

In September, I lost my mother... now I’m gonna be working with some of the biggest names in hip hop. I still can’t believe it.

Seven finalists were selected from thousands of entries to compete at the #Freestyle50 Cypher in Atlanta where they battled head-to head in front of a live audience and a judging panel comprised of music industry heavyweights including record producer Nitti Beatz, Spotify’s Global Head of Hip Hop Tuma Basa and music executive Danny Su Griffin.  The event was hosted by Verizon, 300 Entertainment Co-Founder Kevin Liles and London on da Track and featured a special performance by hip hop trio Migos.

"This is seriously a dream come true," said Tre’, who began rapping at the age of 6 and was a finalist in BET’s 106 & Park’s Freestyle Friday in 2011. "In September, I lost my mother. Two weeks ago, I was posting a video to my Twitter to enter the #Freestyle50Challenge and now I'm gonna be working with some of the biggest names in hip hop. I still can’t believe it."

The seven national finalists for Verizon’s #Freestyle50 Challenge were:

“The #Freestyle50 Challenge is another opportunity for us to celebrate culture, entrepreneurship and the creative community,” stated Co-Founder of 300 Entertainment Kevin Liles. 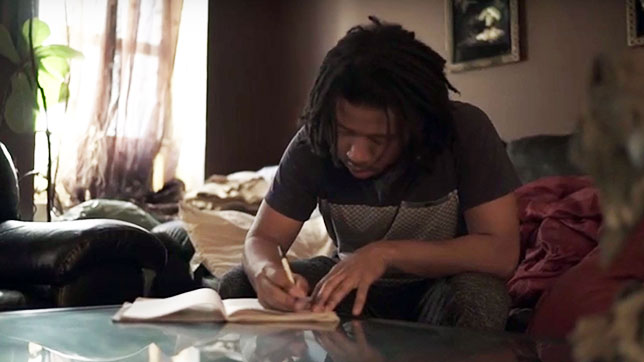 Freestyle your way through life and success may follow
12/07/2016
At the crossroads of music and technology is a track less traveled.