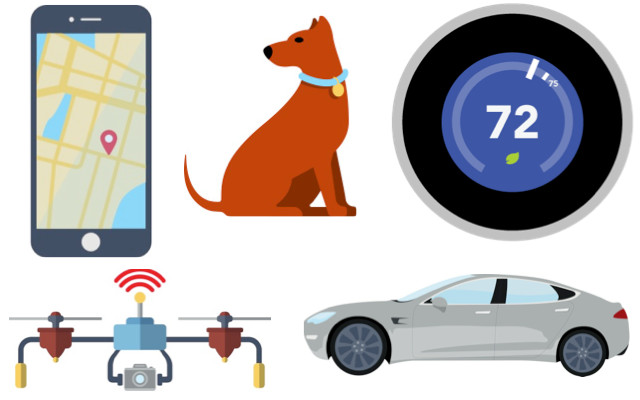 Yesterday, Verizon Executive Vice President of Public Policy and General Counsel Craig Silliman discussed spectrum policy and the future of mobile connectivity at the International Institute of Communications conference in Washington, DC. Below are his excerpted remarks.

Every week companies take the stage and tell us how they are going to change the world. We’ll never be lost; we’ll have movies where and when we want them; we’ll have phones that read our minds; wearables that make us healthier; apps that find us true love; cars that drive themselves; smart dog collars; smart thermostats; drones.

But who is going to deliver on all those promises? We are. The companies represented in this room, and those like us, have built and will continue building the networks that deliver the promise of the digital world. Without those networks, all those promises are just blocks of plastic and lines of code. And we rely on those of you who are policymakers to create the environment that allows us to build. Only together can we continue to deliver and manage the extraordinary consumer demand for connectivity and everything that connectivity enables.

So how do we accomplish this? Let’s start by talking about spectrum. What kind of spectrum policy do we need to keep meeting consumer demand?

First, we need to continue the flow of spectrum.  In most countries, including the United States, the federal government is the largest spectrum holder. Clearing and deploying new spectrum takes years – more than 10 years on average. In the U.S. a significant auction is planned for 2016, but after that no auctions currently are planned. That is a problem. Given the long time lags involved in identifying and clearing spectrum, policymakers must act now to ensure a steady stream of spectrum to meet consumer demand. This requires not only the normal process of identifying spectrum bands but also recognizing and addressing basic human behaviors and incentives that lead federal agencies to resist repurposing spectrum.

Second, we need to experiment with novel ways to utilize spectrum, including various forms of spectrum sharing. Verizon is actively engaged in the FCC’s efforts to develop a new approach to sharing federal government spectrum at 3.5 GHz, and it is encouraging to see policymakers thinking creatively about spectrum sharing. We need to continue to work on ways to share on both a geographic basis and a temporal basis. Sharing may be particularly important in higher frequencies, but at the same time, we must recognize that sharing is a tool that will be appropriate in some cases, but not all.

Third, in the U.S. we have benefitted tremendously from policymakers having the foresight to make spectrum available under flexible exclusive use terms. That needs to continue. Look, for example, at the 700 MHz and AWS spectrum now being used for 4G LTE services. These spectrum bands were first identified in the mid- to late-1990s as spectrum for 3G, but by the time it was available 4G was being launched. Fortunately, the FCC allowed the flexibility for the spectrum to be used where it was most needed – 4G. This approach allows more experimentation and faster deployment of new technologies.

Fourth, we need to continue to improve the utilization of the spectrum already in use. One example of this is the experimentation that various parties currently are doing with LTE Unlicensed. Significant amounts of data traffic already are offloaded from cellular networks to WiFi, and this will continue to be an important use of WiFi. But LTE-U has been developed as a more efficient way to utilize unlicensed spectrum. LTE-U interacts more efficiently with WiFi than WiFi often does with itself, so this new technology can benefit all users of unlicensed spectrum. We will need to continue to experiment with and invest in technologies like this going forward.

Finally, in parallel with all of these efforts in today’s spectrum bands, we need to begin planning for the next wave of wireless technology, 5G. Verizon kicked-off a 5G Technology Forum last month and we plan to begin trials on the technology next year. But 5G will present a new spectrum challenge for policymakers. For the first time we will see a new technology roll out that likely will not use the existing spectrum that ranges from about 600 MHz up to about 5 GHz that has been the basis of most mobile technologies to date.

Rather, 5G is likely to be built on higher frequencies where spectrum is not yet in the market for commercial use. It therefore will be important for industry and policymakers to begin working together early to identify, clear and deploy the necessary spectrum needed to develop 5G technology. We can’t afford to wait 10 years to identify and clear spectrum for 5G. If we do, it will delay by years the possibilities of the next generation of mobility.

Having discussed the need for more spectrum, let’s ask a more fundamental question: what is spectrum needed for? Spectrum is used for wireless connectivity, to the Cloud or a device, you might say. That’s correct in the broadest, most general sense. But as industry leaders and as policymakers, we need to be more precise than that. We need to be careful not to fall into the careless thinking that says there is something called “wireless” and something called “wireline” and that they are two alternate ways of accessing the Internet, or connecting devices or whatever it may be. That is incorrect. Mobility isn’t a separate network that runs in parallel to wired broadband. Rather, mobility builds on top of and is dependent upon wireline infrastructure. So the answer to the question of what spectrum provides connectivity to is: it provides connectivity to wired backhaul. I mention this because it will be an important part of how we look at spectrum.

We increasingly live in a world of mobile and wireless connectivity. We carry smart phones, of course, and tablets, but we also have connected watches and connected vehicles and connected thermostats and light switches and more. And these devices are sold by many different service providers and connect using various protocols, such as WiFi and cellular and Bluetooth and ZigBee.

But those devices aren’t sending wireless signals off into the ether and around the world over spectrum. No, those wireless signals are traveling maybe ten feet, maybe 1000 feet, to some form of wireline backhaul. That may be fiber connecting a tower, or it may be a broadband network running down the street, or it may be a cable modem in your house. But one way or another, those wireless signals are used to connect a mobile device to wireline backhaul. As the number of wirelessly connected devices grows, and as the amount of bandwidth-intensive applications like video continues to grow, more and more data will be transmitted wirelessly.

One way to manage this increased load is by deploying more spectrum. But an additional way is to move that traffic more quickly off the airwaves and onto wireline backhaul. This is likely to be particularly true as we move to 5G, because 5G will likely to enable very high-capacity over high-frequency spectrum. We will see more densification of the cellular networks. But that will only be possible with access to those wireline broadband networks at a more granular level.

How that access will be guaranteed will be different in different markets. In some markets there may be competing broadband networks, so getting access is not an issue. In other markets regulators will need to ensure such access. But a key point here is that the demand is driven by video and other high-capacity applications, so access will be needed to wireline broadband networks. When thinking about spectrum policy, therefore, policymakers also will need to think about the wireline networks on which mobility is built and on which it depends.

Finally, policymakers need to be conscious of the globally interconnected nature of the digital world, and therefore the need for coordination. Globally coordinated spectrum policies will lead to better interoperability and that, in turn, will lead to economies of scale for both network equipment and consumer devices. Economies of scale will lead to lower costs, which will increase deployment speeds and adoption. So global cooperation is an important catalyst to this virtuous cycle.

In addition, we also should not lose sight of the broader policy framework that is needed to enable the full utilization of these networks, and the creation and adoption of innovative services. There obviously has been a lot of discussion in the  past 48 hours about global data flows, with the conclusion of the TPP trade negotiations providing a positive narrative and yesterday’s European Court of Justice decision providing an alarming one. It is crucial that policymakers ensure that citizens all over the world have the opportunity to benefit from the promises of the digital age, and free data flows are necessary for that. It isn’t the promise of a digital U.S, or a digital Europe or a digital Asia, but a digital world. If policymakers create the right conditions, we will build the networks and together, we will deliver it.

LTE-U: Frequently Asked Questions
10.05.2015 | Policy
I get questions from some people about LTE-U so I thought it might make sense to answer some of them here.