NEW YORK – Verizon FiOS has signed an agreement to carry the SEC Network and expects to begin airing it prior to Aug. 28 on Channels 75 and 575. It will be available on those channels to all FiOS TV customers in Florida and Texas who receive ESPN in their FiOS TV package and to FiOS Extreme and Ultimate customers on Channel 75 in all other markets at launch. With the addition of Verizon FiOS, the SEC Network will be in more than 62 million households nationwide.

“We welcome the SEC Network to FiOS TV and look forward to carrying the studio content and athletic events it will offer, including the season-opening football doubleheader on Aug. 28,” said Terry Denson, Verizon’s vice president for content acquisition and strategy. “The preseason college poll lists eight SEC teams in the top 25; SEC football ratings are head and shoulders above other conferences; and SEC fans are extraordinarily and uniquely passionate about not only those teams but the entire conference as well. This deal with Disney-ESPN reinforces our already strong partnership with them which involves much more than this great new network.”

Sean Breen, Disney and ESPN Media Networks senior vice president, affiliate sales, added: “With the addition of Verizon FiOS, SEC Network is now available on nine of the top 10 multichannel video distributors in the country. We look forward to serving their customers in time for college football season.”

Terms of the deal were not disclosed. It also includes live viewing rights and additional live and on-demand content scheduled for SEC Network + across other platforms like smartphones, tablets and laptops via WatchESPN and SECNetwork.com. In addition, the deal also includes rights for the FiOS Mobile app, which will be available to FiOS customers in the near future. FiOS customers can already watch over 100 live channels in-home and over 50 live channels on the go on the FiOS Mobile app, for no additional charge, including live sports from the ESPN branded networks.

SEC Commissioner Mike Slive said, “Today is a good day for Verizon FiOS customers and SEC fans across the country, particularly in Tampa and Dallas. We look forward to serving them with an array of live events and programming.”

Justin Connolly, ESPN senior vice president, college networks, said, “The addition of Verizon FiOS to SEC Network’s distribution footprint is great news for fans nationwide. We have gotten off to a great start since launch, and we look forward to serving more fans with comprehensive coverage of the SEC’s 21 sports.”

Verizon is the sixth-largest pay-TV provider by subscriber size in the country, according to SNL Kagan (first-quarter 2014). The company has 5.4 million FiOS video connections in 12 states and the District of Columbia as of the end of the second quarter.

About SEC Network
The Southeastern Conference and ESPN have signed a 20-year agreement through 2034 to create and operate a multiplatform network. The new network and its accompanying digital platform will carry SEC content 24/7 including more than 1,000 events in its first year. The network televises 45 SEC football games, more than 100 men’s basketball games, 60 women’s basketball games, 75 baseball games, and events from across the SEC’s 21 sports annually. Programming also includes in-depth commentary and analysis in studio shows, daily news and information, original content such as SEC Storied, spring football games, and more. 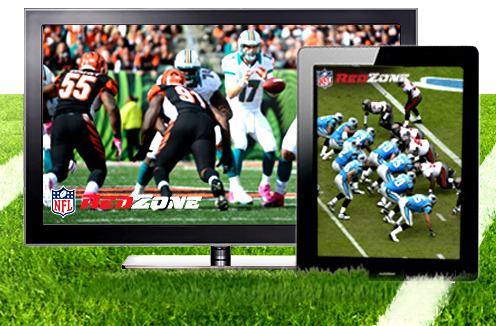 RedZone Freeviews Put You Inside the 20
08.06.2014
Football season with all of its big hits, amazing receptions and spectacular scoring plays is just about to hit your TV screen. If you haven’t had the