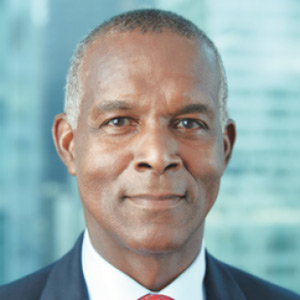 Mr. Otis is the former Chairman and Chief Executive Officer of Darden Restaurants, Inc., the largest company-owned and operated full-service restaurant company in the world. He served as CEO of Darden Restaurants from 2004 to 2014 and as Chairman from 2005 to 2014. After joining Darden in 1995 as Vice President and Treasurer, Mr. Otis served in a number of positions of responsibility, including Chief Financial Officer, Executive Vice President, and President of Smokey Bones Barbeque & Grill, a restaurant concept formerly owned and operated by Darden. Mr. Otis also served as a director of the Federal Reserve Bank of Atlanta from 2010 to 2015. He has served as a director of The Travelers Companies, Inc. since 2017 and VF Corporation since 2004. He has also been a director of 138 funds within the MFS Mutual Funds complex since 2017.

Mr. Otis provides the Board with valuable insight into consumer services, retail operations and financial oversight. His experience over his 20 years at Darden Restaurants provides him with critical perspectives on operations, strategy and management of a complex organization and a large-scale workforce, and his board service at the Federal Reserve Bank of Atlanta and The Travelers Companies provides extensive risk management expertise.