Beyond sight and sound: Advanced wearables and 5G will make VR feel real. 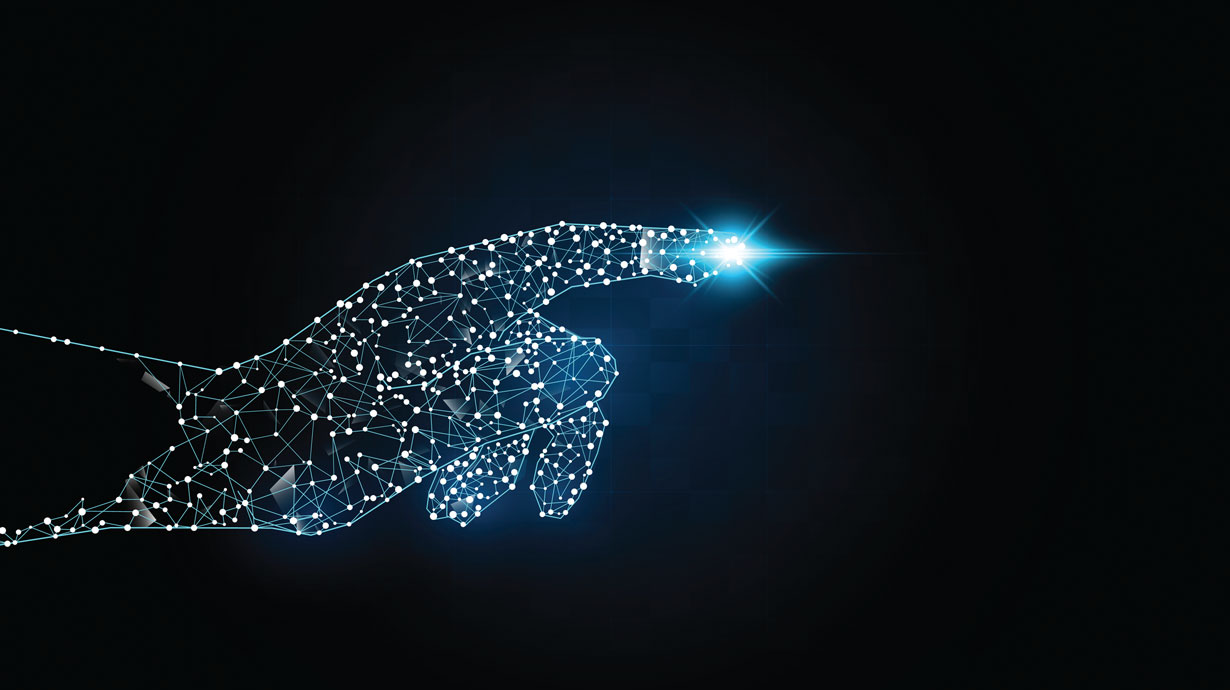 Today’s VR headsets provide immersive visuals and audio for your eyes and ears, but they fall short on delivering the sensation that impacts the rest of your body: touch.

The science and technology related to simulating touch is called haptics. While this field has been around for several decades, it has been dominated by a narrow form of vibrational feedback.

You’ve likely experienced the rumble of a gaming controller or felt the buzz of a smartphone set to silent. These are examples of haptic vibration. While vibrations are useful for notifications, they’re too rudimentary to replicate the rich sensation of touching and interacting with a real-world object.

Research labs and tech companies are advancing the field of haptics, inventing novel approaches to simulating an authentic sense of touch through wearable technology. HaptX is a startup that’s emerged as a leader in developing realistic haptics. Their product HaptX Gloves uses microfluidic technology to apply detailed touch feedback to the user’s skin.

HaptX Gloves have 130 points of tactile feedback. Each of these points is tiny—about half the diameter of a dry lentil. Microfluidic channels embedded in the gloves inflate and deflate these feedback points to apply pressure against the user’s hand. HaptX applies proportional control to each feedback point, simulating a light graze, a firm press or anything in between.

The result is an uncanny level of realism. Put your hand under a virtual rain cloud and you’ll feel a flurry of drops against your skin. Hold a virtual spider and feel eight distinct legs on your palm. Want something cuter? Pet a tiny fox with your fingertip and feel its feet dance upon your hand.

A virtual fox trots around on the palm of a user’s hand. The user can feel each of the fox’s feet as an individual point of touch feedback.  Source: Andrew Mitrak

At-home gaming experiences with HaptX Gloves will feel out of this world—that is, when the technology is ready for consumer use. For now, HaptX Gloves are primarily used by enterprise companies for industrial applications.

The company has announced collaboration with the U.S. Army to train medics and first responders. Automakers are using HaptX Gloves to evaluate and test-drive virtual vehicle designs. HaptX co-developed a robotic system that lets you control robotic hands from a distance.

Expanding the reach of virtual touch with 5G

While touching VR objects and controlling robotic hands are impressive achievements, the true potential for this technology will be fulfilled when people can use them collaboratively in real time. And 5G networking is providing the infrastructure to make this a reality.

Imagine an auto company reviewing the design of a new vehicle in VR. Designers in Europe, manufacturers in Asia and business leaders in North America can join in a virtual space to evaluate the look, feel and driver experience of a concept car. 5G can supply the high bandwidth and low latency that can facilitate this type of worldwide collaboration.

When it comes to remote-controlled robotics, consider the range of tasks that require human skill and dexterity but take place in hazardous conditions. A machine equipped with a stereoscopic camera and robotic hands could handle dangerous tasks—such as defusing bombs and removing radioactive waste—while human operators could control them in real time from a safe distance, wearing a VR headset and haptic feedback gloves.

The telerobotic system in such a scenario involves multiple input/output systems. Video, audio, motion capture, robotic positioning, collision detection and haptic feedback data would have to be delivered simultaneously, possibly to remote environments. Achieving this would require high bandwidth, low latency and reliable connectivity—precisely the benefits enabled by 5G.

As emerging telerobotic technology matures from prototype into commercialized product, an ever-growing 5G infrastructure can help to deploy it at scale.

A sensational future lies ahead.

As 5G facilitates the convergence of emerging technologies, we should see radical transformations in shared virtual experience. This will impact businesses and consumers alike, reshaping the way we collaborate, innovate and, even, entertain.

For example, at the Sundance Film Festival in 2018, HaptX teased a prototype that let attendees feel thermal feedback on top of tactile sensations. The finale of the experience featured a dragon scorching the surface of the user’s hand, spewing fire and ice in alternating breaths.

Haptic wearables are scaling beyond gloves into full-body suits and force feedback systems. In September 2020, the National Science Foundation awarded a $1.5 million grant to HaptX along with researchers at Virginia Tech and the University of Florida to develop a robotic exoskeleton that applies forces to a user’s arms and legs. This opens up even more possibilities for convincing simulations across a variety of environments. For example, you could kick the game-winning goal at a virtual World Cup, or leap weightlessly between impact craters in a simulation of a distant planet.

Excited about the future of VR wearables thanks to 5G?

According to Dr. Alexander Leonessa of Virginia Tech, the full-body haptic system will “advance knowledge at the convergence of virtual reality, robotic control, sensory feedback, ergonomics and human factor fields.” 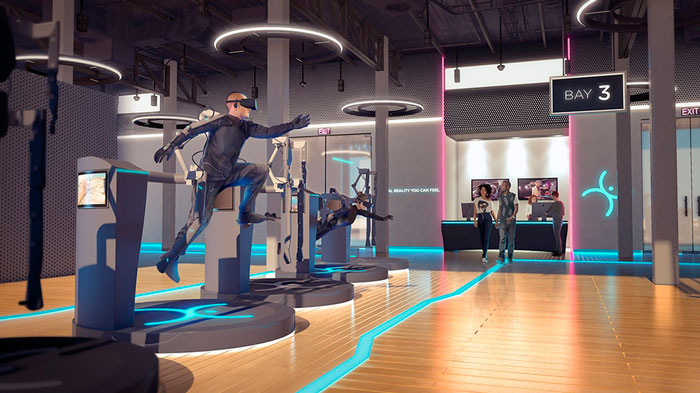 Convergence is a powerful concept. To be sure, we will continue to see independent gains in VR, robotics, and haptics as they become better, cheaper and abundant. However, more important than their solo development is how these technologies will collide, fuse and interoperate, thanks in large part to communications and networking advancements made possible by 5G.

Mitrak is a marketer and storyteller based in Seattle, Washington. He was selected as a lead artist at the Sundance Film Festival and he has lectured on VR and haptics at MIT Media Lab. As owner of Mitrak LLC, he helps companies at the intersection of media and emerging technology. 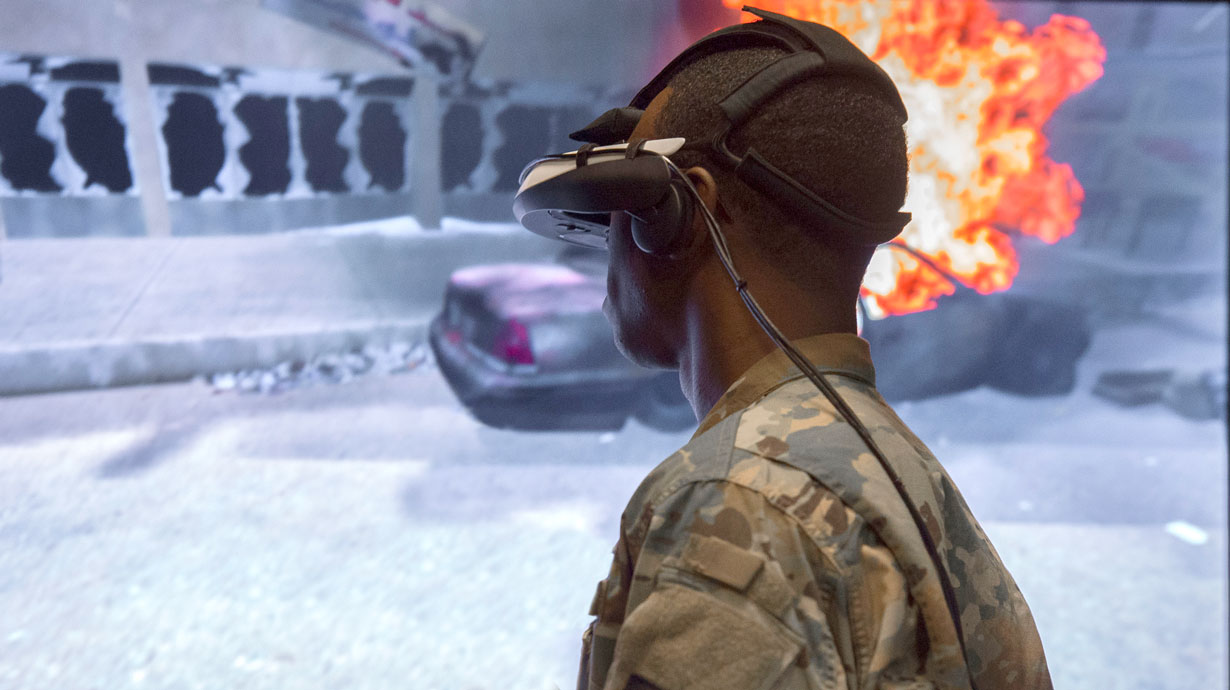 How VR and 5G can help returning vets heal
11/10/2020
No longer just a platform for gaming, virtual reality is proving to be a safe and effective tool to help veterans cope with PTSD. 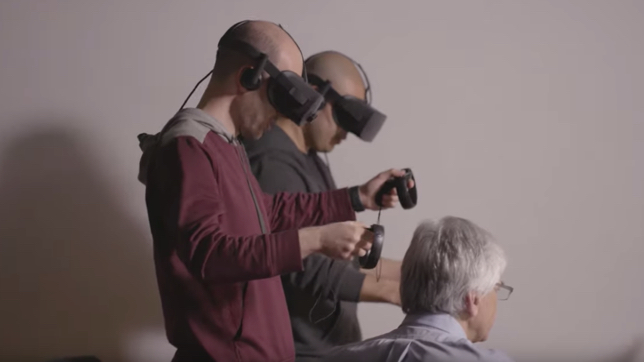