How a missing child was found with help from drones

Racing to beat the clock, first responders in Minot, North Dakota, tap one of the world’s top drone providers in successful rescue effort. 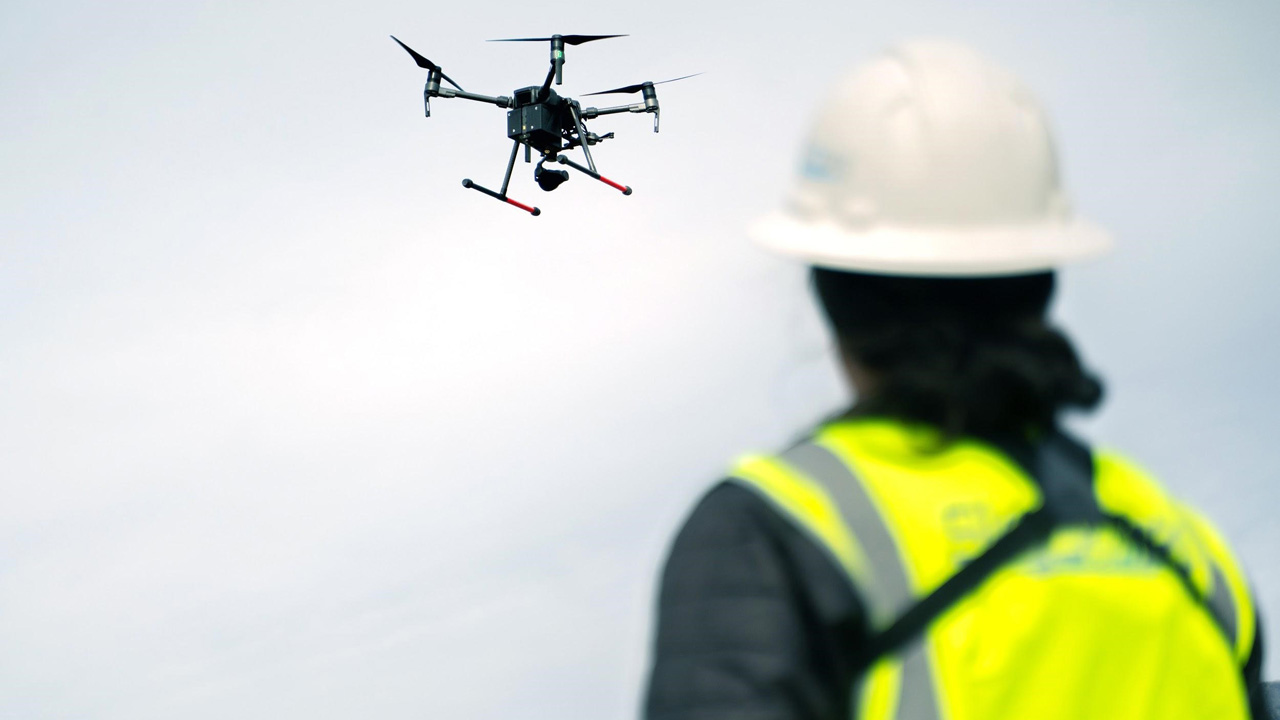 When a child goes missing, the first 48 hours are critical—but they are also the most stressful and chaotic.

Family members often start the clock ticking by looking in spaces where a child may typically crawl or hide: in a closet or pile of laundry, under a bed or inside a vehicle. By the time law enforcement is notified, there’s not a minute to spare. Search teams must be assembled and cover a wide area as quickly as possible.

That’s why, when a small child was reported missing in Minot, N.D. on April 26, 2020, the City of Minot Police Chief John Klug turned to SkySkopes headquartered nearby in Grand Forks and named one of the top five Drone Service Providers (DSP) in the world by Frost & Sullivan.

“We’ve conducted numerous training scenarios to use drones to find missing people, and these agencies were familiar with our search-and-rescue capabilities,” said SkySkopes CEO Matt Dunlevy. “While our drones were extremely useful, it was all due to the swift actions taken by the Minot Police Department and the Minot Fire Department that the child was found safe within just a few hours.”

Locating a missing child by process of elimination

SkySkopes has long been a trusted DSP for clients in industries such as energy, utilities, transportation and oil & gas. An innovator testing state-of-the-art drone technology and services, SkySkopes was the first company to operate under FAA (Federal Aviation Administration) waivers to fly both beyond visual line of sight and over people, which allowed them to operate in a populated area where the search took place.

Within 20 minutes of receiving the call, SkySkopes had teams on site and ready to take flight.

“When Chief Klug contacted us, we knew what to do to rapidly secure airspace permissions,” said Dunlevy. “We also had the personal protective equipment necessary to ensure our pilots and teams met COVID-19 standards, as the pandemic was happening simultaneously.”

Equipped with the most advanced, commercially available cameras, optical gas imaging (OGI) and thermal sensors, SkySkopes provided an aerial view that, through process of elimination, could show in real time where the child was or was not. This ultimately aided first responders in quickly narrowing the search and pinpointing the child’s exact location, which in this case was a neighbor’s house where the child was peacefully napping. 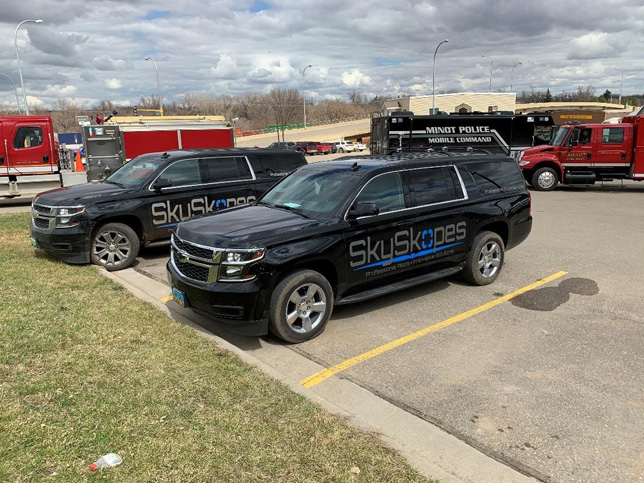 Since 2014, SkySkopes has been relying on Skyward, a Verizon company that's developing the future of drone connectivity. Skyward helps SkySkopes manage its entire unmanned aerial services (UAS) program, from teams and equipment to projects, flights and aviation regulations.

“We have complete confidence in Skyward’s ability to help mitigate many of the operational challenges of search-and-rescue emergency response operations,” added Dunlevy. “In addition to rapid airspace access, Skyward offers situational awareness of our crews and assets. It also helps reduce time and cost of operations, making sure we are as efficient as possible—and that we're socially responsible in ensuring our drone pilots are operating safely, even in the middle of a pandemic.”

Learn more about the capability of drones at www.skyward.io 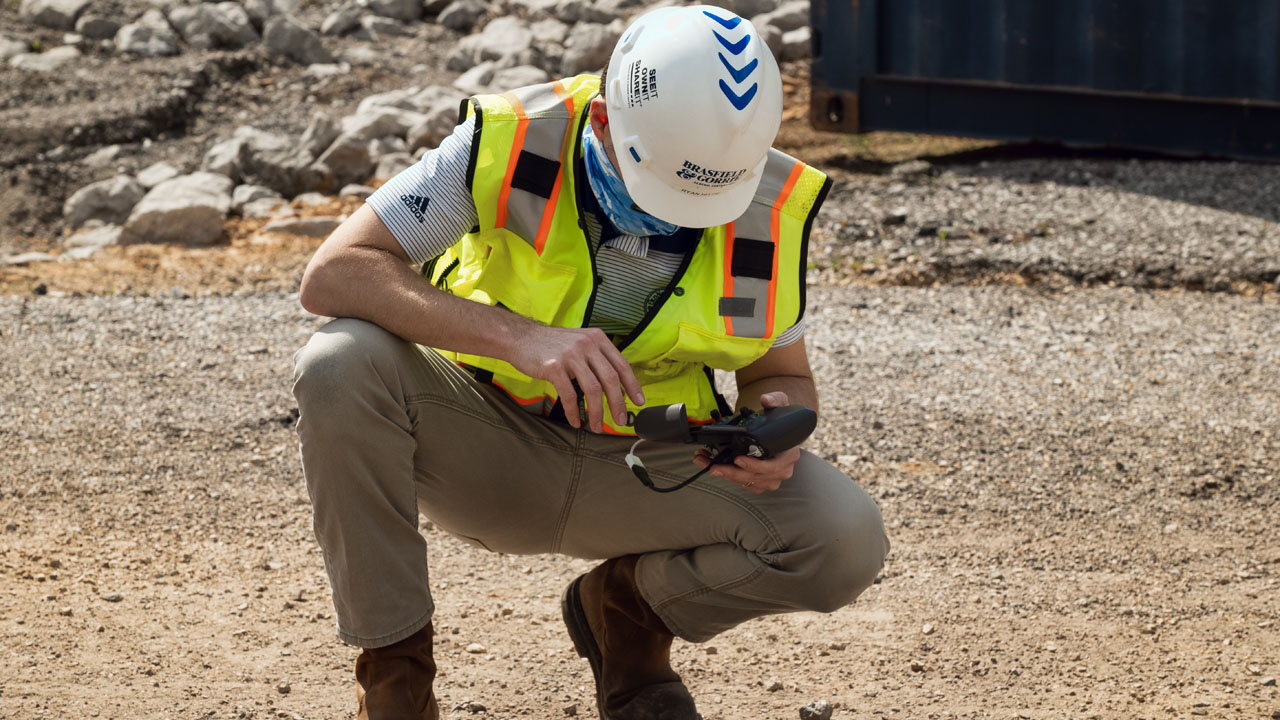 This U.S. construction firm is raising buildings via drone
05/14/2020
With the help of drones and aerial imaging, one of the largest privately held construction companies in America continues to boldly build for our communities. 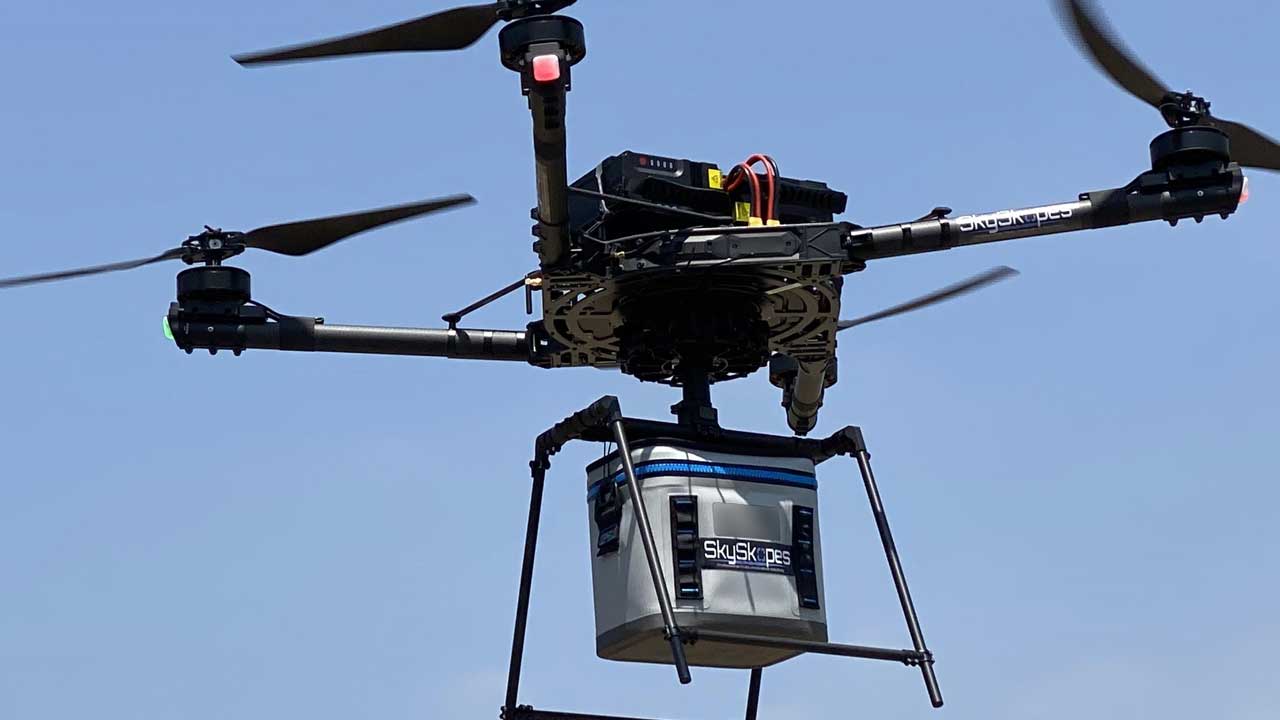