How one teen's app has inspired a struggling community 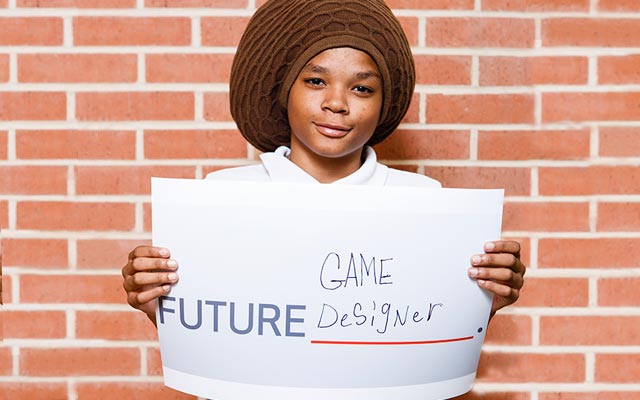 When Nia Umoja saw her 13-year-old son Chokwe Selassie on the local news in early December, she couldn't help but choke back tears. It wasn't just pride at the fact that he'd developed the idea for an app that detects and warns drivers of potholes that got her, it was the immediate need he was serving in the community.

Nia Umoja, her husband, and their family of nine live in West Jackson, Mississippi, where 88 percent of the population lives below the poverty line, with an unemployment rate of 60 percent1.

Potholes are just one of the many problems community members face on a daily basis. "In the neighborhood where we live, there's not a single smooth street," says Umoja. "The demographic here is extremely impoverished."

Her 13-year-old son Chokwe Selassie was first inspired with the idea for an app, named "Jackson Road Works," while driving with his mom to Blackburn Middle School. "We hit a pothole and we messed up the car pretty badly," says Chokwe. "That brought it to my attention."

"I was really excited and my whole team was really happy," he says of the chance to develop the app. "There's a lot of potholes everywhere. The app shows a red dot where potholes are located and it beeps when you're near them."

Umoja helped establish the Cooperative Community of New West Jackson in an effort to revitalize the community. "There's so much need here. Jackson is just ravished with poverty and ill health," she says. "If more people did this kind of work, we wouldn't have communities in our country like this."

"I want them to get their education, but I want them to use it for the greater good," she says of her children. "To me that's success as a parent."

And for Chokwe, success has been redefined since he joined Minority Male Makers to include a future career in coding. "I like technology a lot. It's now my favorite thing to do," he says. "I want to be a game inventor."

Verizon is committed to improving student engagement and achievement in STEM by infusing technology into the classroom through a variety of initiatives. The Innovative App Challenge focuses on ideating concepts for mobile apps, and encourages students to learn about app development. Because mobile devices and apps play a leading role in the lives of young people today, app development is an effective way to engage them, transforming them from users of technology to creators. Teaching app development empowers students to become builders of technology solutions to everyday problems.

Power Your Passion With Technology
01.30.2015
This Black History Month, Verizon is celebrating the achievements of a group of Bronx Academy Middle School students, who collectively applied their creativity and uniqueness to design and build a mobile app that would solve a problem they identified in their school.