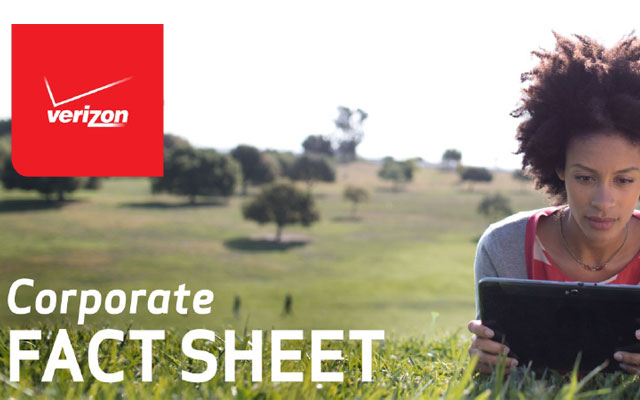 Verizon just published its updated Fact Sheet for 2013, which you can download here.

Among the facts cited in this report:

For the third straight year, Verizon is included in the Dow Jones Sustainability North America Index, which lists North America's leading companies as